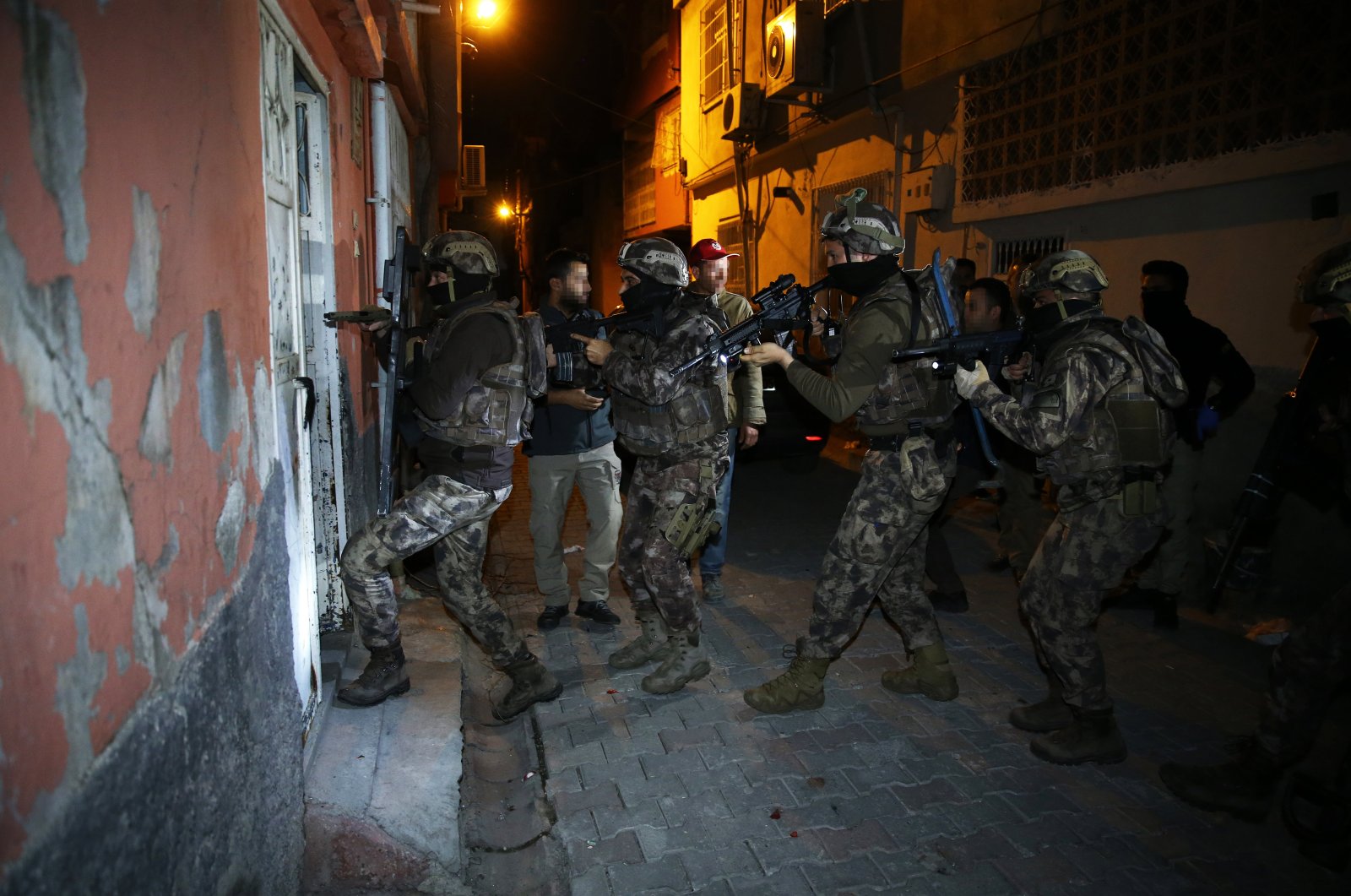 Following successful anti-terror operations, Turkey has regularly deported suspected Daesh supporters back to their countries of origin in recent months. (AA Photo)
by Daily Sabah with DPA May 22, 2020 12:18 pm
RECOMMENDED

Turkey on Thursday deported two suspected German supporters of the terrorist group Daesh back to Germany, a spokesperson for Germany's federal police confirmed after their flight landed.

The deportees, two women, were accompanied by four children on their flight from Ankara.

German prosecutors are investigating charges against one of the women of membership in the Daesh terror group. There had been a warrant for her arrest previously, and she was detained upon landing, a spokesperson for the prosecutor's office said.

The woman who was detained is from Berlin. The other woman is a Hamburg resident.

There is an ongoing investigation against the second woman for membership in an overseas terrorist group, according to a spokesperson for the Hamburg prosecutors' office. However, no arrest warrant had been produced and thus she was not formally detained, but handed over to representatives of Hamburg's security department.

Turkey has regularly deported suspected Daesh supporters back to their countries of origin in recent months. As part of Turkey's ramped-up efforts to repatriate foreign terrorists, the Interior Ministry said on Nov. 9 that the country would begin extraditing captured Daesh terrorists to their home countries. Between Nov. 11 and Dec. 19, 110 foreign Daesh terrorist fighters were deported to their countries of origin.

The issue of handling Daesh members and their families detained in Syria – including foreign members of the terror group – has been controversial, with Turkey arguing that foreign-born terrorists should be repatriated to their countries of origin, while several European countries have refused, saying the terrorists are denationalized.

Turkey has also criticized Western countries for refusing to repatriate their citizens who joined Daesh in Syria and Iraq, stripping some of them of their citizenship. Although the 1961 New York Convention made it illegal to leave people stateless, several countries, including France, have not ratified it and recent cases have triggered prolonged legal battles. The U.K. alone has stripped more than 100 people of their citizenship for allegedly joining terrorist groups abroad.

Turkey recognized Daesh as a terrorist organization in 2013. Since then, the country has been attacked by Daesh terrorists numerous times, including 10 suicide bombings, seven bombings and four armed attacks which killed 315 people and injured hundreds more.