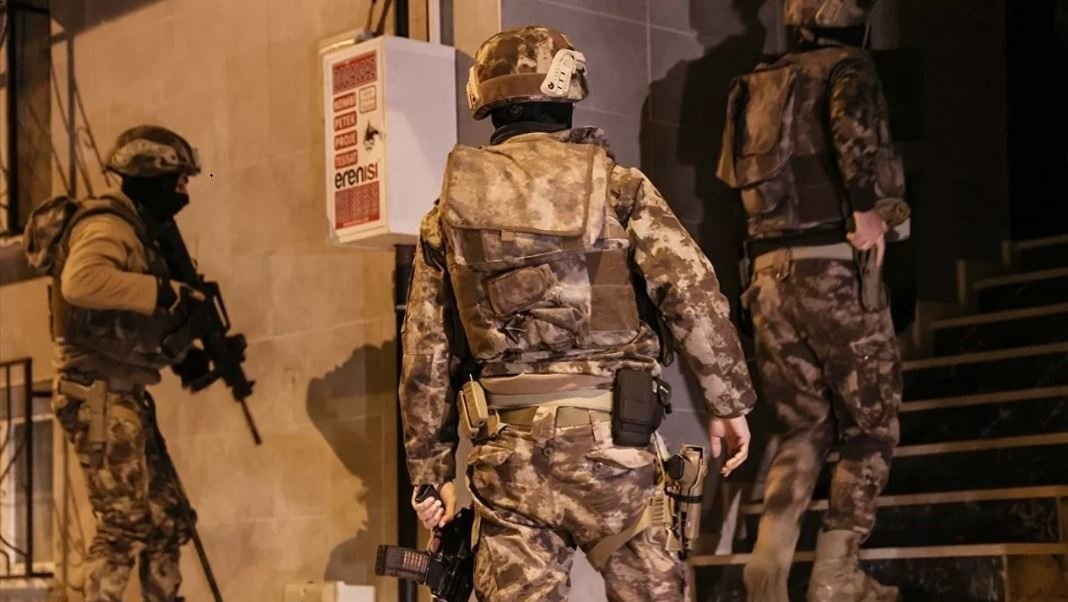 Police in Izmir province detained 14 suspects active in the PKK’s activities in Turkey and its Syrian offshoot, the YPG, in dawn raids in Izmir.

Police are still searching for another suspect as part of the operation, Demirören News Agency (DHA) reported.

Counterterrorism squads confiscated criminal evidence and digital materials linked to the terrorists in the raids.

The suspects were transferred to the police station for testimony, DHA reported.

Over the course of its decadeslong terrorism campaign against Turkey, the PKK – listed as a terrorist organization by Turkey, the United States and the European Union – has been responsible for the deaths of some 40,000 people, including women, children and infants.