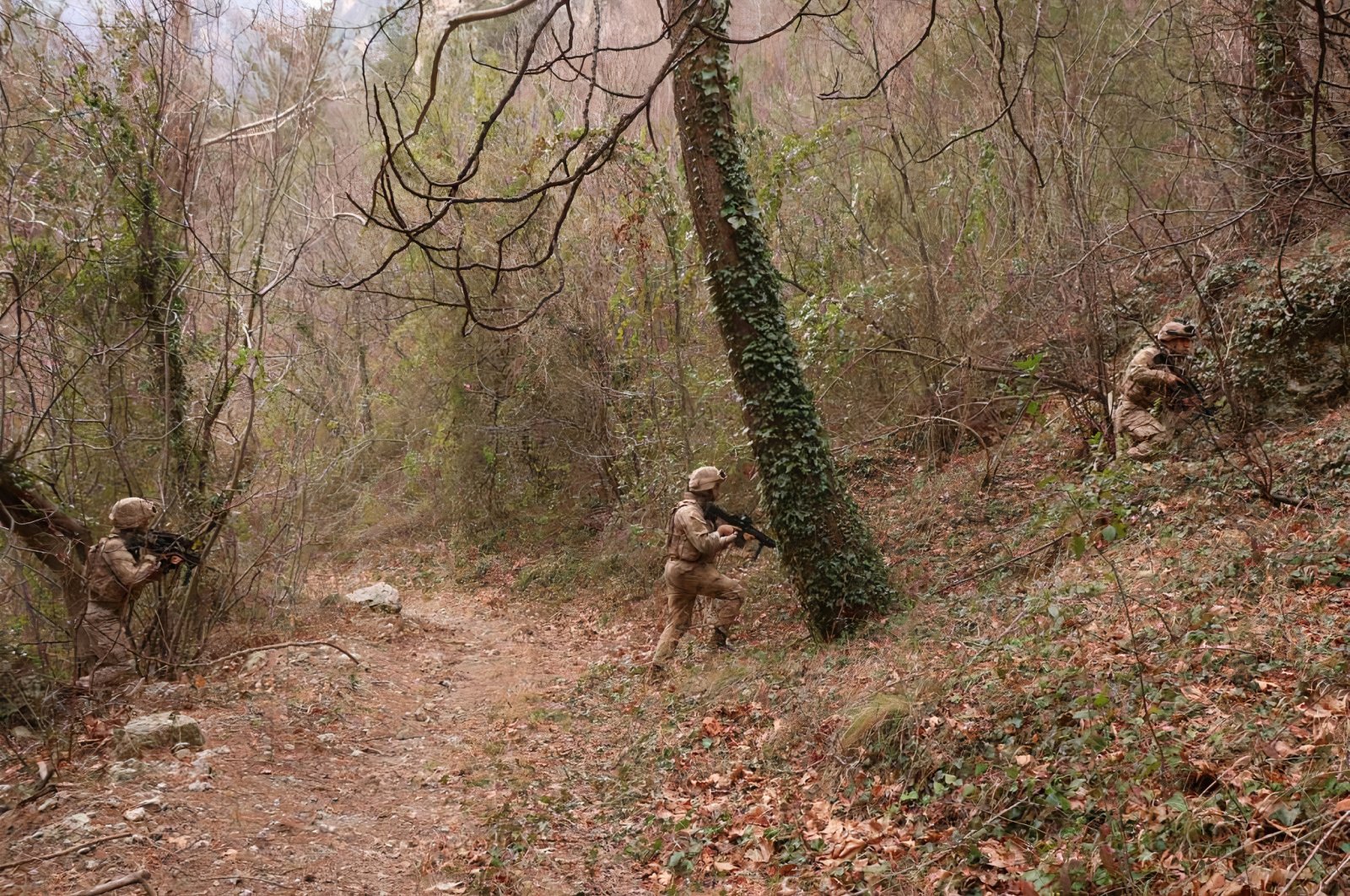 Soldiers participate in Operation Eren-8 Amanoslar in the southern provinces of Osmaniye and Hatay, and southeastern Gaziantep, Turkey, Feb. 8, 2021. (AA Photo)
by DAILY SABAH WITH AA Feb 08, 2021 11:08 am
RECOMMENDED

As Turkey's comprehensive efforts to eradicate terrorist groups continue, the country has launched a new phase of a domestic counterterrorism operation, the Interior Ministry said Monday.

Operation Eren-8 Amanoslar has started in southern Osmaniye, Hatay and southeastern Gaziantep provinces with 96 teams, including over 1,670 personnel from the gendarmerie, police and village guards, the ministry said in a statement.

This year Turkey launched Operation Eren, named after Eren Bülbül, a 15-year-old killed by the PKK terrorist group on Aug. 11, 2017. The fresh operation is aimed at eliminating the separatist terrorist group and clear the region of terrorists.

Since 2016, Turkey has also launched a trio of successful anti-terror operations in northern Syria, across its border, to prevent the formation of a terror corridor and to enable the peaceful settlement of residents: Euphrates Shield (2016), Olive Branch (2018) and Peace Spring (2019).

It was also reported Sunday that Turkish security forces seized a truck carrying arms and ammunition for the PKK terrorist organization's Syrian branch, the YPG, in the al-Bab province of northern Syria.

Local security units received intelligence about the presence of weapons, according to a statement by the governor's office in Turkey's southeastern Gaziantep province, which provides the Syrian town with consultancy services.

An operation was carried out and items including rocket launchers, anti-tank guns and sniper rifles were found. Four people involved in the transportation were also detained.

Al-Bab, which was previously ruled by Daesh terrorists who destroyed the infrastructure and displaced thousands of civilians, is now a fully functioning city with a local council, schools, hospitals and a university, thanks to Turkey's efforts. The city was liberated three years ago in Operation Euphrates Shield, which was carried out by the Turkish military and the Syrian National Army (SNA) – then called the Free Syrian Army (FSA).