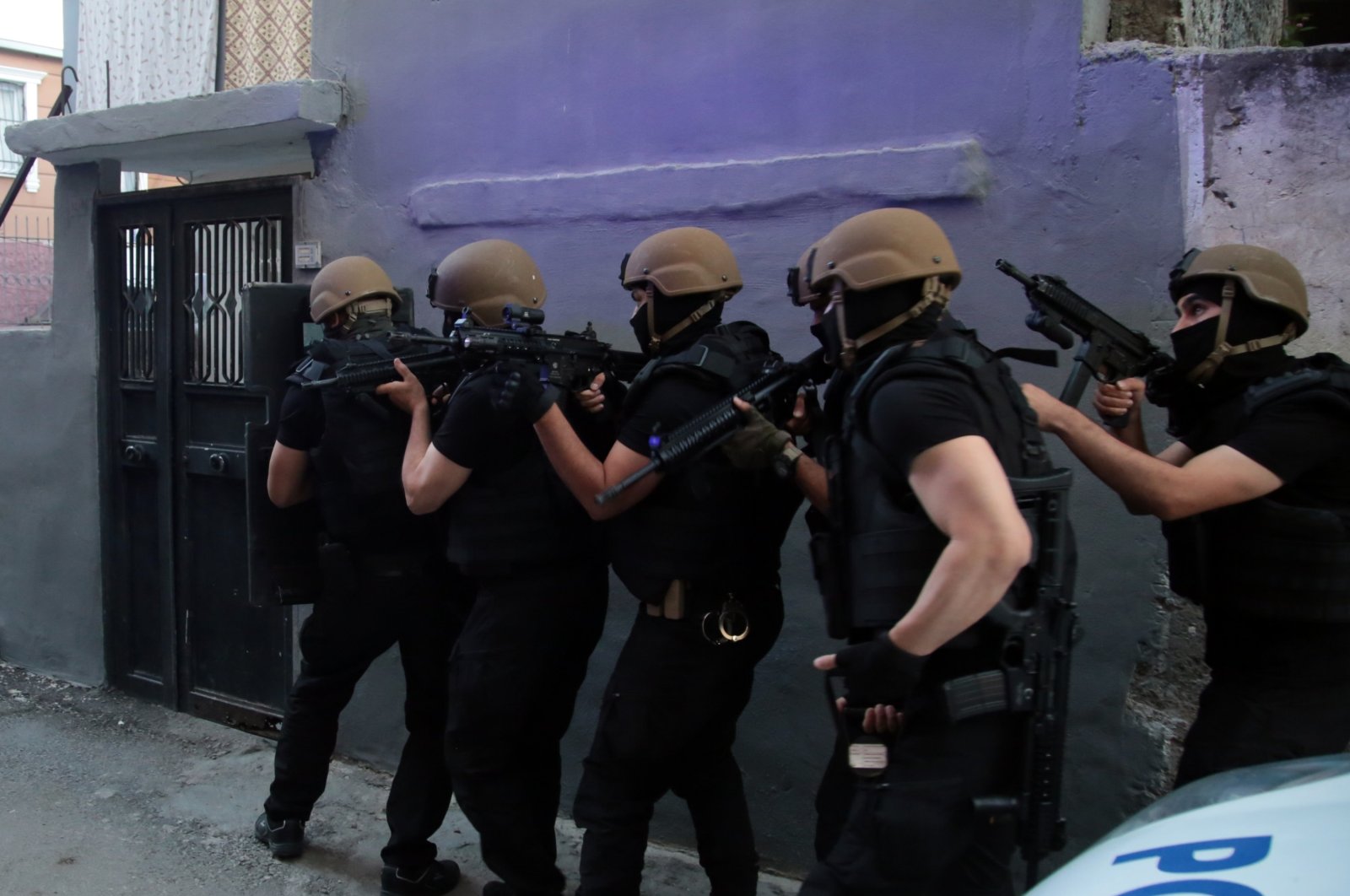 A counterterrorism squad prepares to raid the address of a suspected PKK terrorist in Turkey's southern Adana province, May 24, 2021. (AA File Photo)
by Anadolu Agency Aug 25, 2021 10:54 am

The suspects, believed to have been affiliated with the terrorist group in conflict zones abroad, were apprehended in simultaneous operations, said the sources, requesting anonymity due to restrictions on speaking to the media.

Efforts are underway to nab one more individual, they added.

In its more than 40-year terror campaign against Turkey, the PKK – listed as a terrorist organization by Turkey, the U.S., and the EU – has been responsible for the deaths of at least 40,000 people, including women, children, and infants.