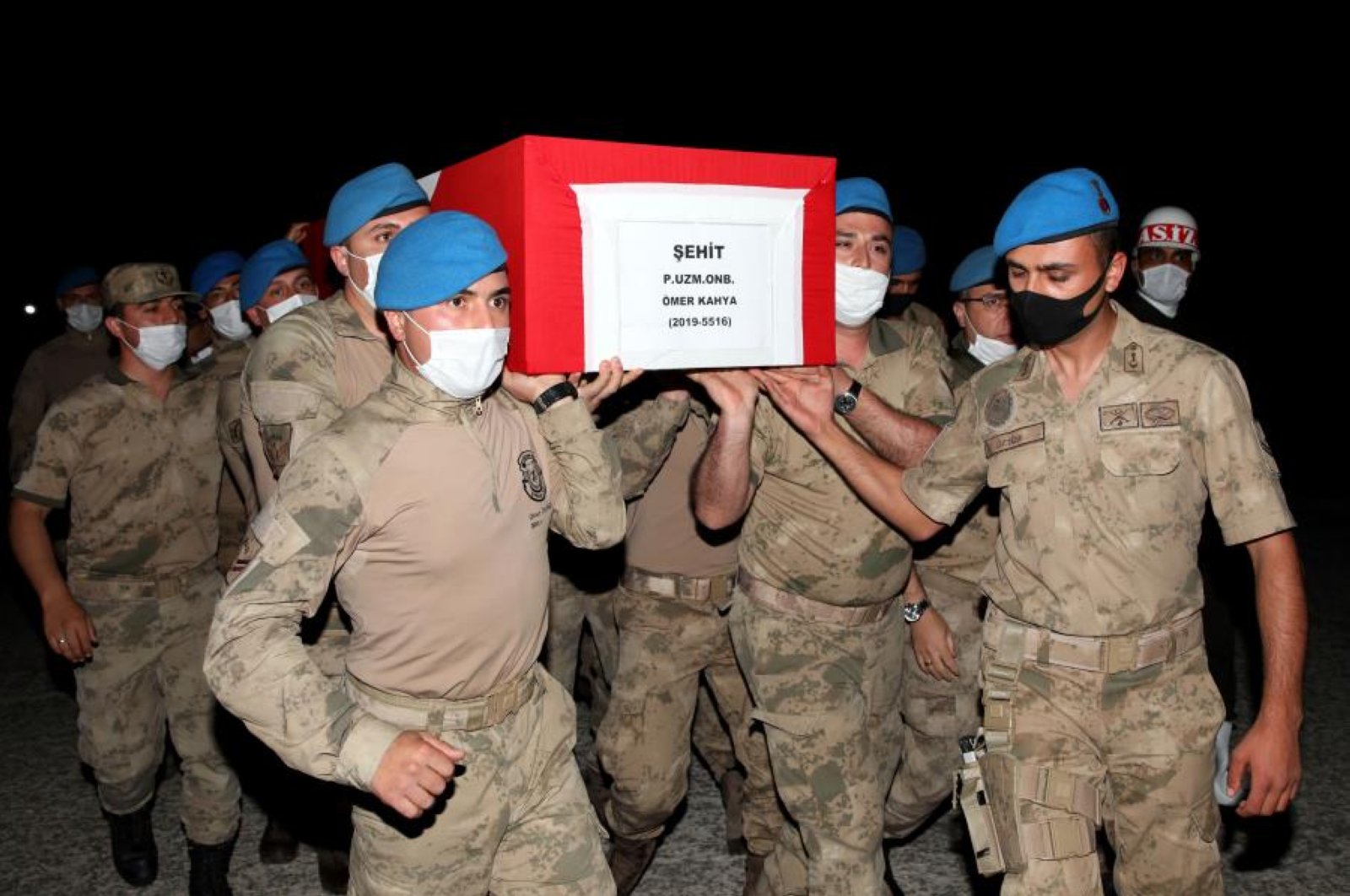 Soldiers carry the coffin of Ömer Kahya, a corporal killed in counterterrorism operations in Iraq, during a funeral ceremony in Şırnak, Turkey, June 19, 2020. (COURTESY OF MINISTRY OF NATIONAL DEFENSE)
by DAILY SABAH Jun 26, 2020 9:44 pm

The terrorist group PKK once again pitted Iraq against Turkey as Iraq, which earlier protested Turkey’s operations against the group in northern Iraq, claimed civilians were killed in Turkey’s operations Friday. Ankara, in response, dismissed the allegations and called on Baghdad to “not to fall victim to terrorists’ black propaganda.”

“These allegations are indeed based on nothing but defaming propaganda by the PKK and its supporters toward our counter-terrorism operations. Iraqi authorities should not succumb to black propaganda by terrorists. In every stage of planning and execution of our operations, utmost importance is attached to the safety of civilians. This is a fact known by Iraqi authorities as well. Our Armed Forces have a clean record on this matter,” Aksoy said in a written statement. The spokesman called Iraq to act in cooperation and harmony with Turkey in its struggle against the terrorist group PKK, “which also threatens Iraq’s stability, security and territorial integrity.”