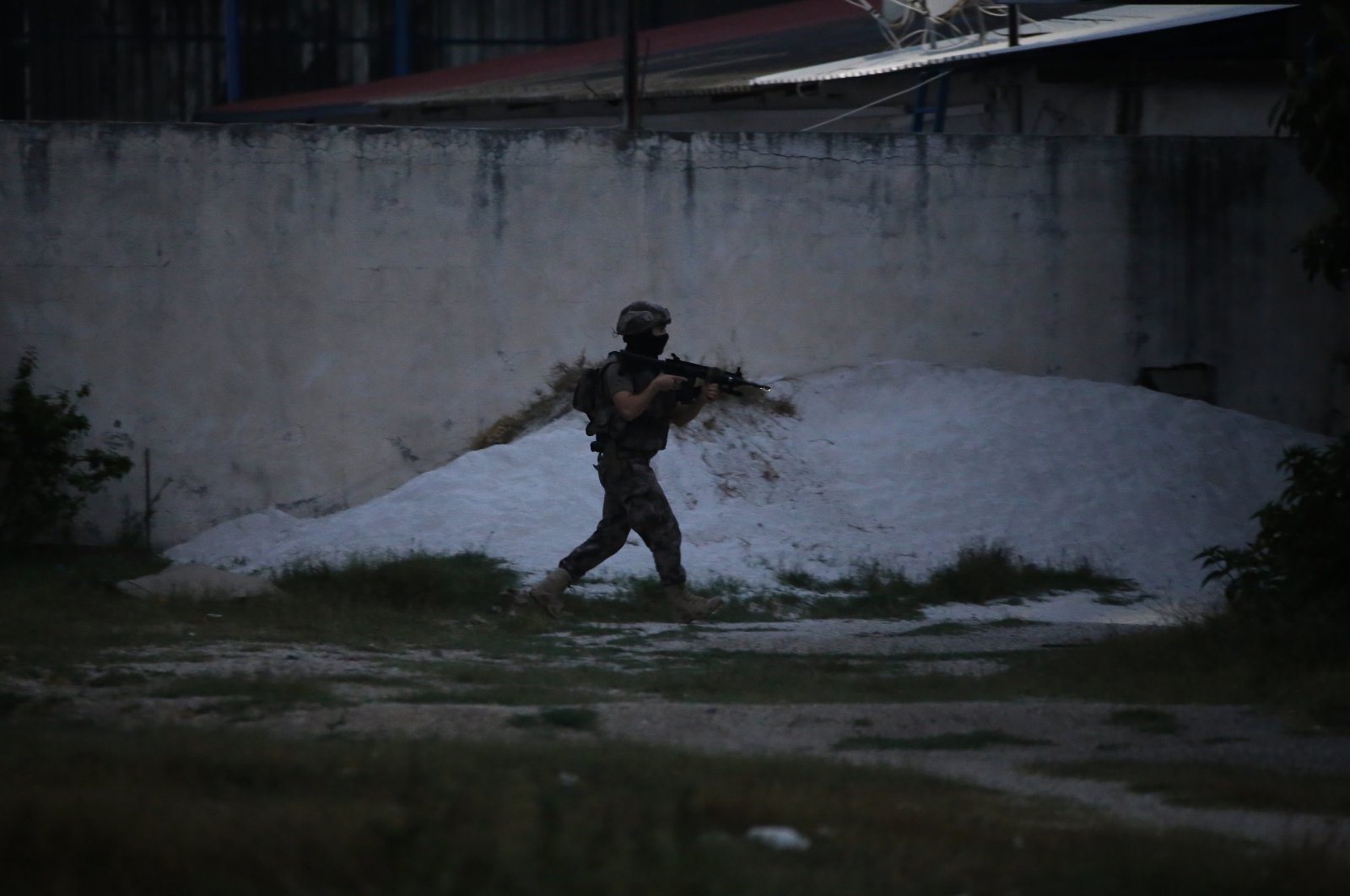 A total of 562 terrorists were eliminated in the first six months of 2020, the Interior Ministry announced Friday, adding that this figure shows Turkey’s determination to fight and end terrorism.

Interior Ministry spokesman Ismail Çataklı in a monthly press conference further stated that security forces eliminated at least 128 terrorists in June. Out of those eliminated, nine were on the ministry's wanted list, including six in the orange category and three in the gray category. The Interior Ministry's wanted list is divided into five color-coded categories, with red indicating the most wanted, followed by blue, green, orange and gray. Of the 128 terrorists, 19 surrendered, while 96 were PKK members, 26 Daesh members and six belonged to far-left terrorist groups.

"The results we achieved during this period, when the number of terrorists in rural areas fell to around 400, shows our determination in the fight against terrorism," he added.

"Looking at the first six months of 2020, 49,622 operations were carried out in rural areas and 5,573 in cities. During these operations, one terrorist from the blue category, one from the green, 13 from the orange and 21 from the gray category were eliminated along with four alleged high-level terrorists that are not on the list.

Furthermore, 2,579 suspects were detained for aiding and abetting terrorist organizations, and 410 of these were arrested.

Turkish security forces have been inflicting heavy blows on the terrorist organization by conducting counterterrorism operations in the eastern and southeastern provinces of Turkey where the PKK has attempted to establish a strong presence as well as with cross-border operations in Syria and Iraq.

Turkey has adopted “ending terrorism at its root” and “attack rather than defense” strategies through the operations across the country.

More importantly, there has also been a surge in the number of terrorists laying down arms and surrendering to Turkish security forces following this series of successful domestic and cross-border anti-terror operations. Around 5,558 terrorists joined the PKK in 2014, but this number fell to 130 in 2019 and to 13 in the first five months of 2020, a drastic 70% drop year-on-year. The increase in terrorists leaving the organization stems mainly from Turkey’s policy of working together with terrorist members’ families to convince them to surrender and the fact that members realize that they will not be mistreated after surrendering to face just trials.