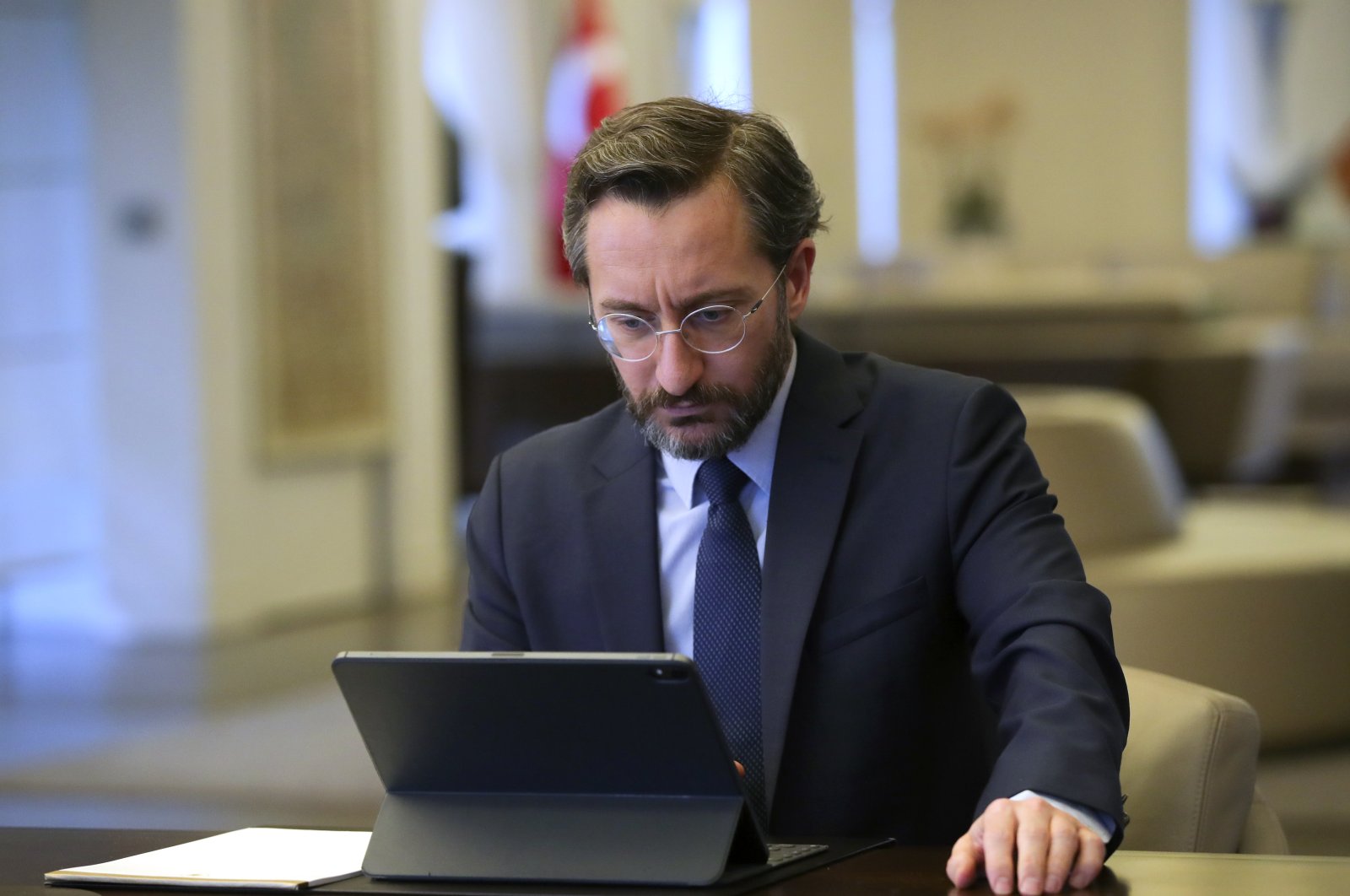 While Turkey struggles to fight the coronavirus pandemic, it is also battling against the disinformation campaigns of terrorist groups, Presidential Communications Director Fahrettin Altun said Monday.

“Just as our government goes after those who practice stockpiling critical materials and price gouging, we are also going after terror groups like FETÖ (Gülenist Terror Group), the PKK and [extreme-left Revolutionary People's Liberation Party-Front] DHKP-C who actively wage disinformation campaigns to undermine our public health and safety measures,” Altun wrote on Twitter.

“We are also very careful about confronting disinformation campaigns, as well as misinformed advice on social media as well as other mediums. We are actively fighting against inflammatory and deceptive posts that intend to provoke and agitate our people,” he said.

Altun’s statements came after a Cabinet meeting took place headed by President Recep Tayyip Erdoğan, where the spread of the coronavirus was discussed. Erdoğan launched a national solidarity campaign, which resulted in a large number of politicians, cabinet members and businessmen pledging personal donations for the fight against the pandemic.

“Our citizens must rest assured that their government is doing everything it can to confront this challenge. Our health care infrastructure is one of our biggest assets, as we rival and often exceed some of the most developed nations in terms of many health care-related measures,” Altun said, adding that several city hospitals have recently opened, expanding capacity by thousands of beds. “Our health care infrastructure was already one of the best in the region and it is becoming more robust in the face of the coronavirus threat,” the communications chief said.

“We will continue to work around the clock in a very aggressive manner to meet this challenge. Our biggest asset is our people and their common sense. We have been very transparent and open with them about the nature of this threat and we will continue to do so,” he continued.

In recent weeks, Turkey has closed most public spaces, schools and universities, and restricted public transport. It also imposed a 24-hour curfew for people aged 65 or over as well as for those with chronic illnesses.

The number of people diagnosed with COVID-19 in Turkey has increased to 10,827, while the death toll has reached 168, Health Minister Fahrettin Koca announced Monday.

The coronavirus disease that originated in Wuhan, China has infected more than 785,000 people worldwide, killing nearly 38,000. More than 165,000 have recovered so far.