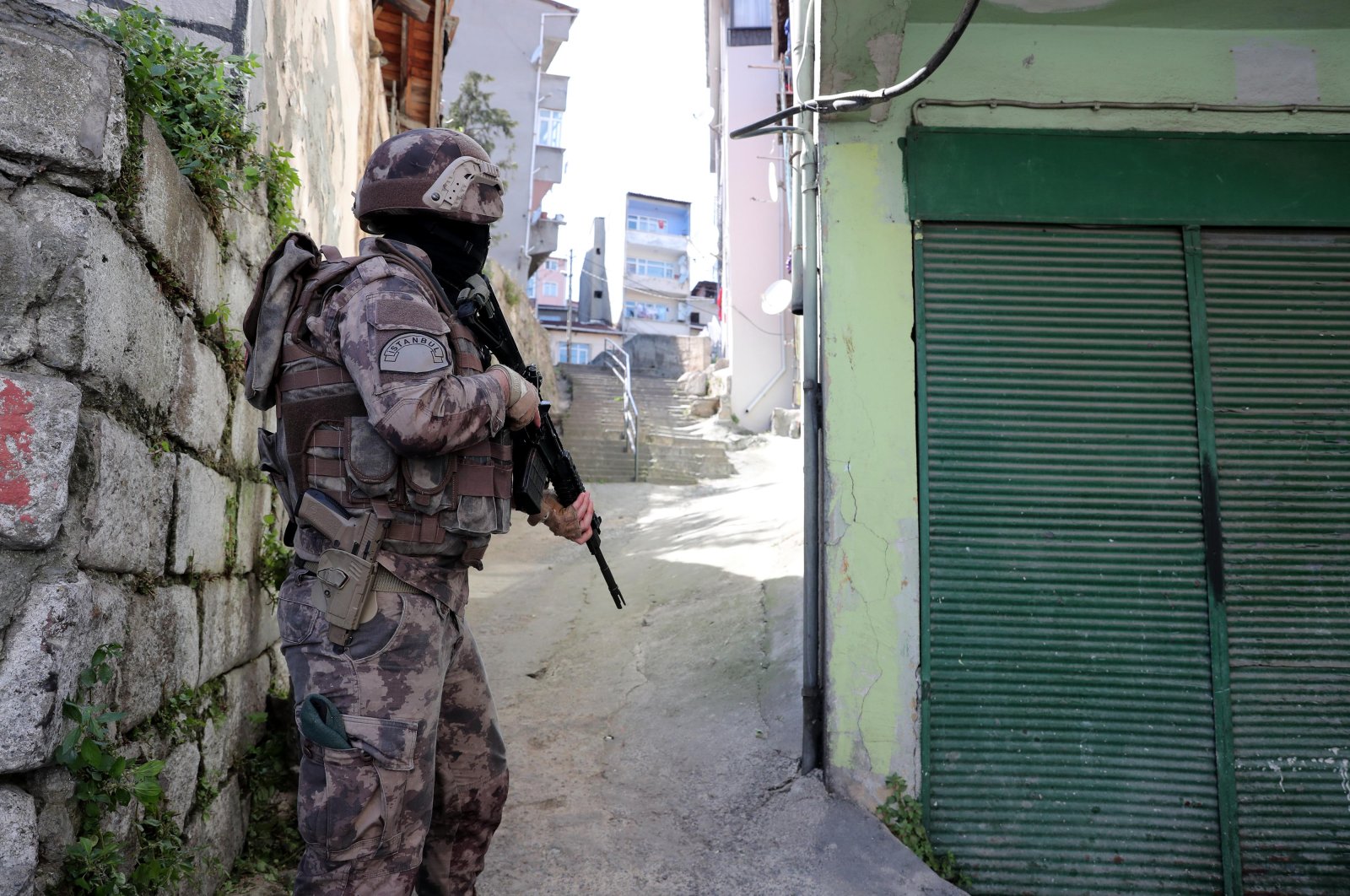 As one of the countries that gave the greatest struggle against the Daesh terrorist organization and became its target several times, Turkey continues its efforts to combat the group with successful domestic operations

Turkish security forces dealt a heavy blow to the Daesh terrorist organization in the first four months of the year with a series of successful domestic counterterrorism operations in which 354 suspects were detained and 76 were arrested including high-level members.

According to information compiled by Anadolu Agency (AA), police, gendarmerie and border forces have detained 354 suspects, and seized several documents, weapons and ammunition from the terrorist organization. Some of the 76 arrested terrorists were deported while the legal proceedings of others continue.

The security officials arrested five foreign nationals preparing for a terror attack in the capital Ankara on New Year's Eve; four of them were sent to prison.

In western Balıkesir province, 11 suspects linked to the terror group in Iraq were arrested.

Four women affiliates, including one senior operative, were caught in Hatay province in southern Turkey following their entry into the country from Syria.

Another Daesh affiliate was arrested in northwestern Edirne province. The Kyrgyz national was arrested with prosecutors seeking more than six years of jail time for him while a Danish national sought by Interpol, going by the initials of Y.A., was caught in southern Turkey following a joint operation of security and intelligence operatives.

In another operation in Kırşehir province, a suspect who claims to be a relative of slain Daesh ringleader Abu Bakr al-Baghdadi was arrested. The remaining six suspects were referred to the provincial migration office for deportation.

Another suspect, who confessed he had carried out bombings in Iraq, was arrested in Sakarya province.

A Syrian national, known by the codename of Abu Taki Alshamy, was caught in Bursa province. The terror affiliate was a senior member of the terror group and carried out activities in the Syrian provinces of Deir el-Zour and Al-Mayadin

Daesh’s expansion in Iraq and Syria featured horrendous public abuses. Largely unseen but equally egregious were the widespread detentions and kidnappings by the terrorist organizations where thousands of people were snatched from their homes and cars and at checkpoints, and subsequently went missing. The terrorist organization also frequently filmed its members executing the people it abducted or detained. Daesh systematically committed torture, rapes, forced marriages, extreme acts of ethnic cleansing, mass murder, genocide, robbery, extortion, smuggling, slavery, kidnappings and the use of child soldiers.