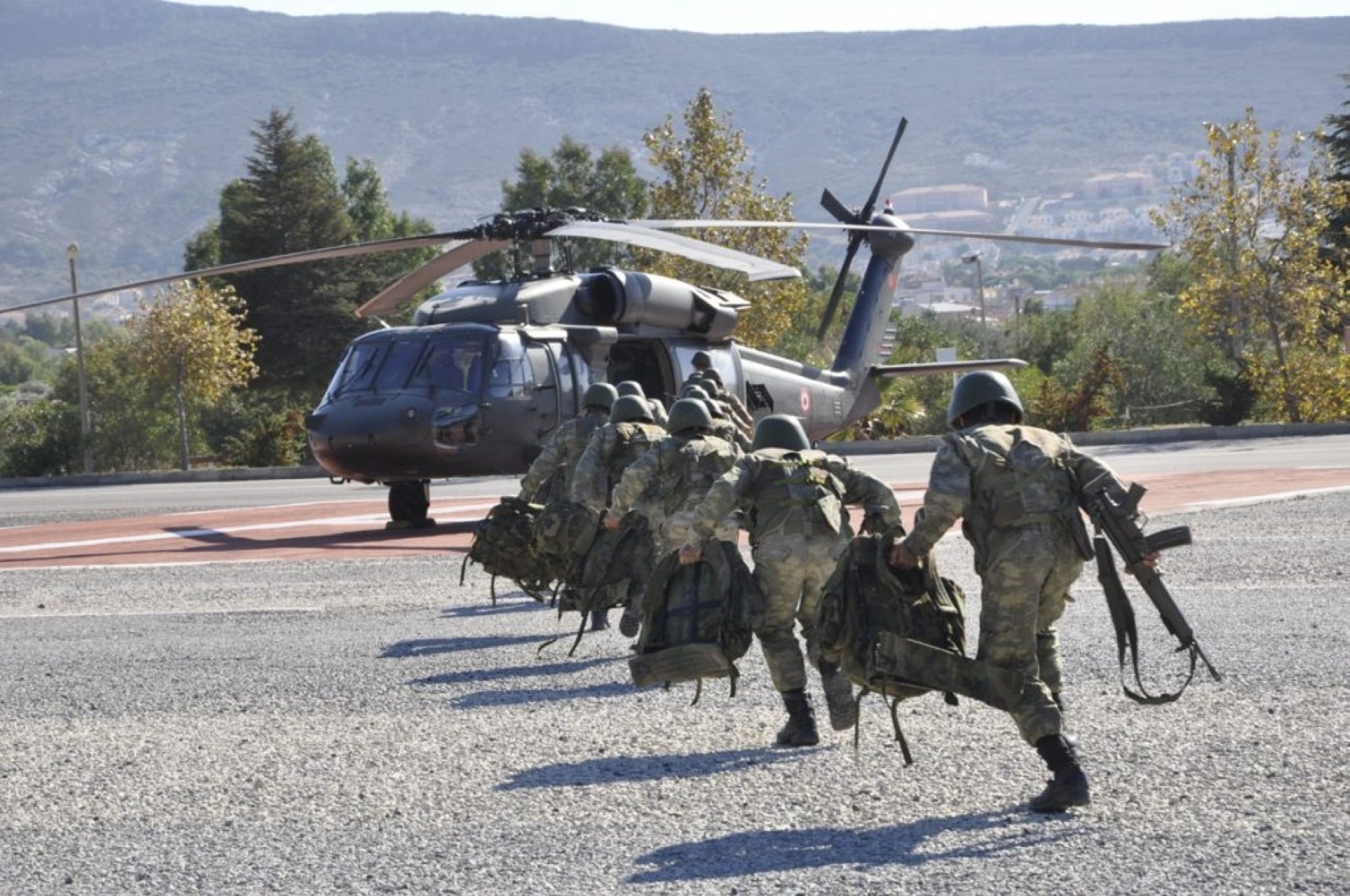 A new follow-up counterterrorism operation was launched in eastern Siirt province in order to eradicate terrorism in Turkey, the Interior Ministry announced Friday.

Operation Lightning-11 Herekol was launched by the provincial gendarmerie command to eliminate terrorists suspected to be hiding in the region and eradicate terrorism, according to the ministry’s statement.

As many as 1,003 personnel, including Gendarmerie Special Operations units, police and security forces, are taking part in the effort, it added.

The statement further indicated that 54 terrorists have been eliminated within the scope of the Lightning operations launched on July 13, while 24 accomplices were caught, 112 caves, hideouts and depots were destroyed and a large number of arms, ammunition and materials were seized.

The Lightning operations will continue decisively, the statement added.

Anti-terror teams in Istanbul acted on a tip-off that a person – identified by the initials M. O. and active in the PKK's Syrian branch, the YPG/PKK – had entered Turkey illegally and was planning to escape to Greece, said the source, who asked not to be named due to restrictions on speaking to the media.

The teams raided the group's cell house in the district of Esenler and arrested the suspect. Many documents related to the terror group and digital materials were also seized, the source added.

The suspect was remanded in custody after being referred to a court.