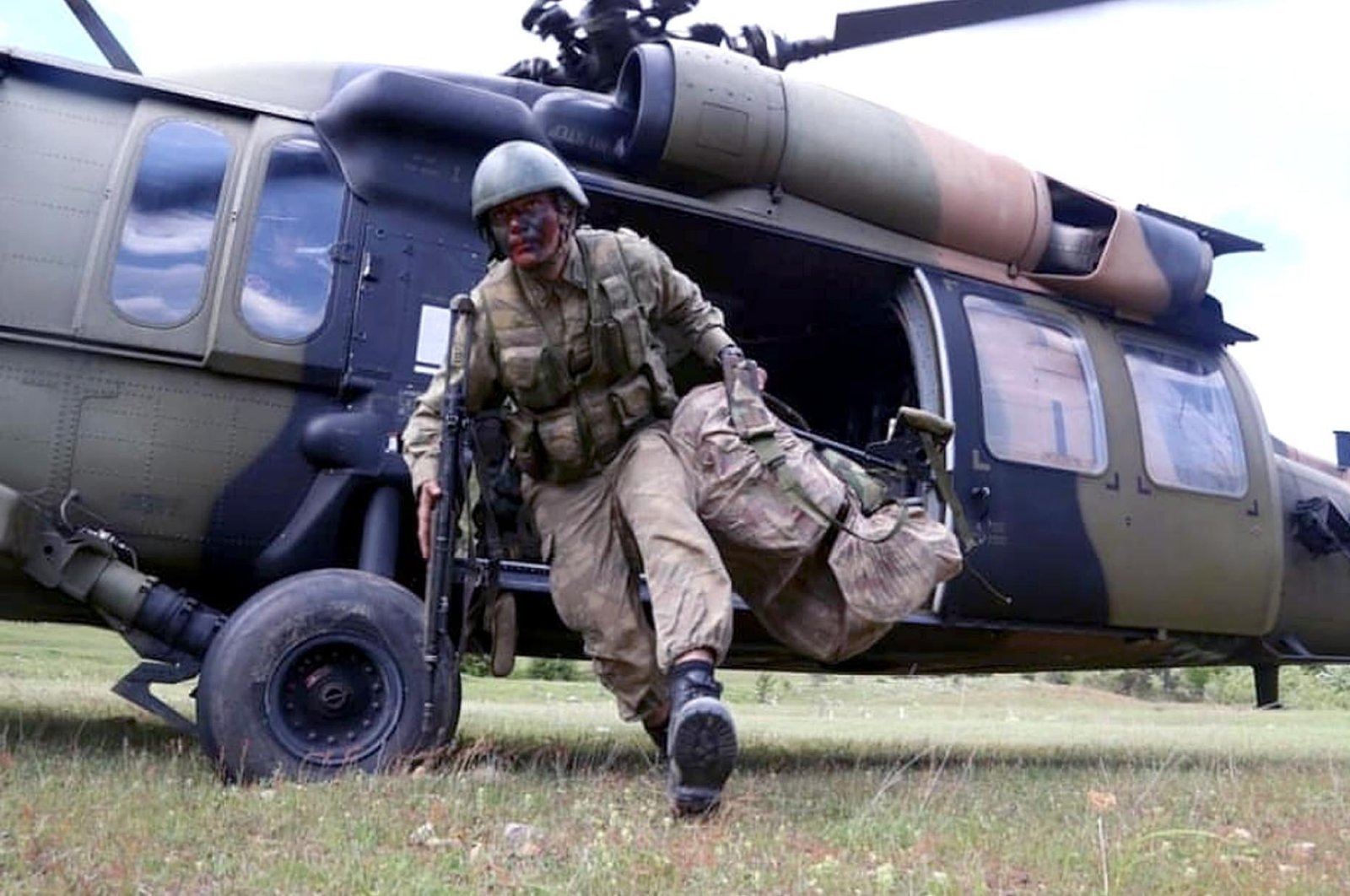 A Turkish soldier takes part in the Operation Claw-Tiger near Şırnak province (AA File Photo)
by DAILY SABAH WITH AA Oct 07, 2020 11:51 am
RECOMMENDED

In order to cut all logistical supply chains of terrorist groups, prevent terrorist activities and ensure the surrender of terrorists this fall and winter, intelligence-based operations have started, the ministry said in a statement.

No terrorist organization was named in the statement, but the PKK terrorist group has been active in Turkey's east and southeast.

Gendarmerie, police teams and village guards will take part in the planned 7,424 operations to be carried out between Oct. 7 and April 15.

Turkish authorities often use the word "neutralize" to imply the terrorists in question surrendered or were either killed or captured.