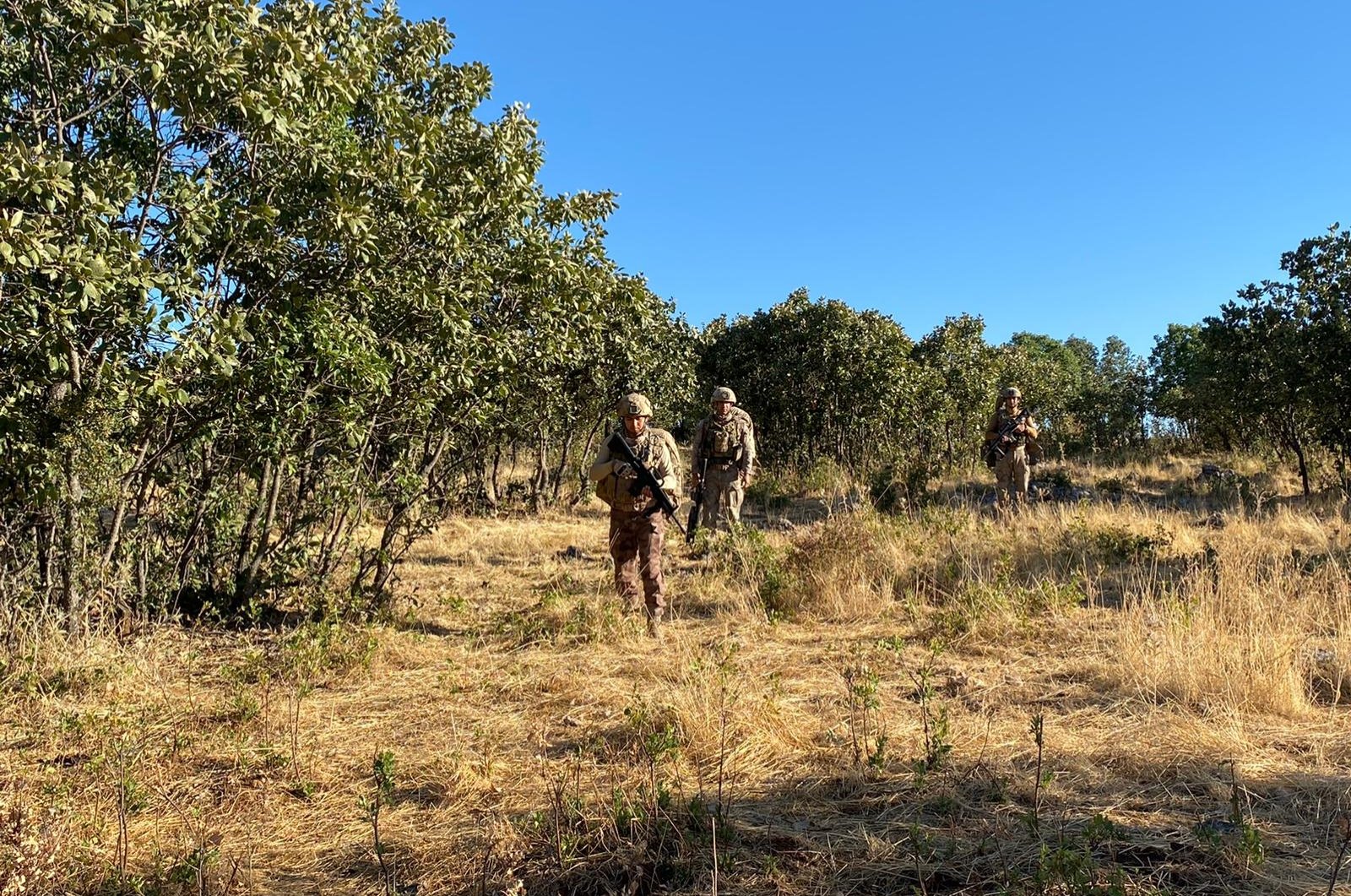 A new anti-terror operation has been initiated in Turkey's southeastern Diyarbakır province, the Interior Ministry announced on Wednesday. The operation's main aim is to put a stop to PKK terrorism, including its drug production and trade.

Operation Yıldırım-7 (Operation Lightning-7) aims to completely eliminate the separatist terror group PKK and neutralize all terrorists taking shelter in the region, the ministry said in a statement.

As many as 1,495 security personnel, including Gendarmerie Special Operations forces, police and security guards, are taking part in the operation, it added.

This is Turkey's latest push to neutralize PKK terrorists in the region, following the start of Operation Yıldırım-6 on Aug. 19.

At least 31 terrorists have been neutralized, 48 caves, shelters and storages destroyed, and a large number of arms, ammunition and other supplies have been seized in Yıldırım operations, the ministry said.

It said the action against terrorists is continuing without letup and with the support of the Turkish public.

The area, Diyarbakır's Lice district, is a hot spot for the PKK's drug production operations. The group uses the profit to fuel its terrorist activities.

Millions of cannabis plants have been seized in the area by Turkish security forces.

Last year, security forces discovered and destroyed a record of 5,430,704 cannabis plants in a counter-narcotics operation in Lice and confiscated 63 kilograms (138.9 pounds) of cannabis.

In recent years, Turkey stepped up efforts to cut off drug supplies to the PKK. The terrorist group is accused of trafficking narcotics to fund its violent campaign. Active in the country since the 1980s, the group targeted civilians, soldiers and police officers for decades, killing thousands of people in three decades. Its attacks are mainly focused on southeastern Turkey where it recruits militants as well.

Lice, where the operation is being carried out, was the scene of many anti-drug raids in the past as well. A small district with a population of about 26,000 people, Lice has a slow economy apart from agriculture and livestock breeding and had the unfortunate fame of becoming a hub of PKK-controlled drug production. The district is also known as the place where the PKK was founded in 1978.

A report by the Interior Ministry says drugs are the main income for the PKK, a small group whose leaders are believed to be hiding out in mountainous regions of northern Iraq but still manages to orchestrate attacks inside Turkey. The Interior Ministry report shows that the terrorist group is heavily involved in the drug trade, from the production of narcotics to their delivery, distribution and sales. In July 2013, security forces destroyed around 2 million cannabis plants in Lice in a major counter-narcotics operation.

Counter-narcotics operations and tightened security measures have led to a decline in profits from the drug trade. Experts say Lice and the southeastern region are favored for the cultivation of cannabis because its climate is favorable and because the mountainous terrain hinders easy access by security forces. Although no concrete numbers are available, authorities believe about two-thirds of the illegal cannabis cultivated in Turkey is grown around Diyarbakır.

In its more than 30-year terror campaign against Turkey, the PKK – listed as a terrorist organization by Turkey, the U.S., and the EU – has been responsible for the deaths of nearly 40,000 people, including women, children and infants.