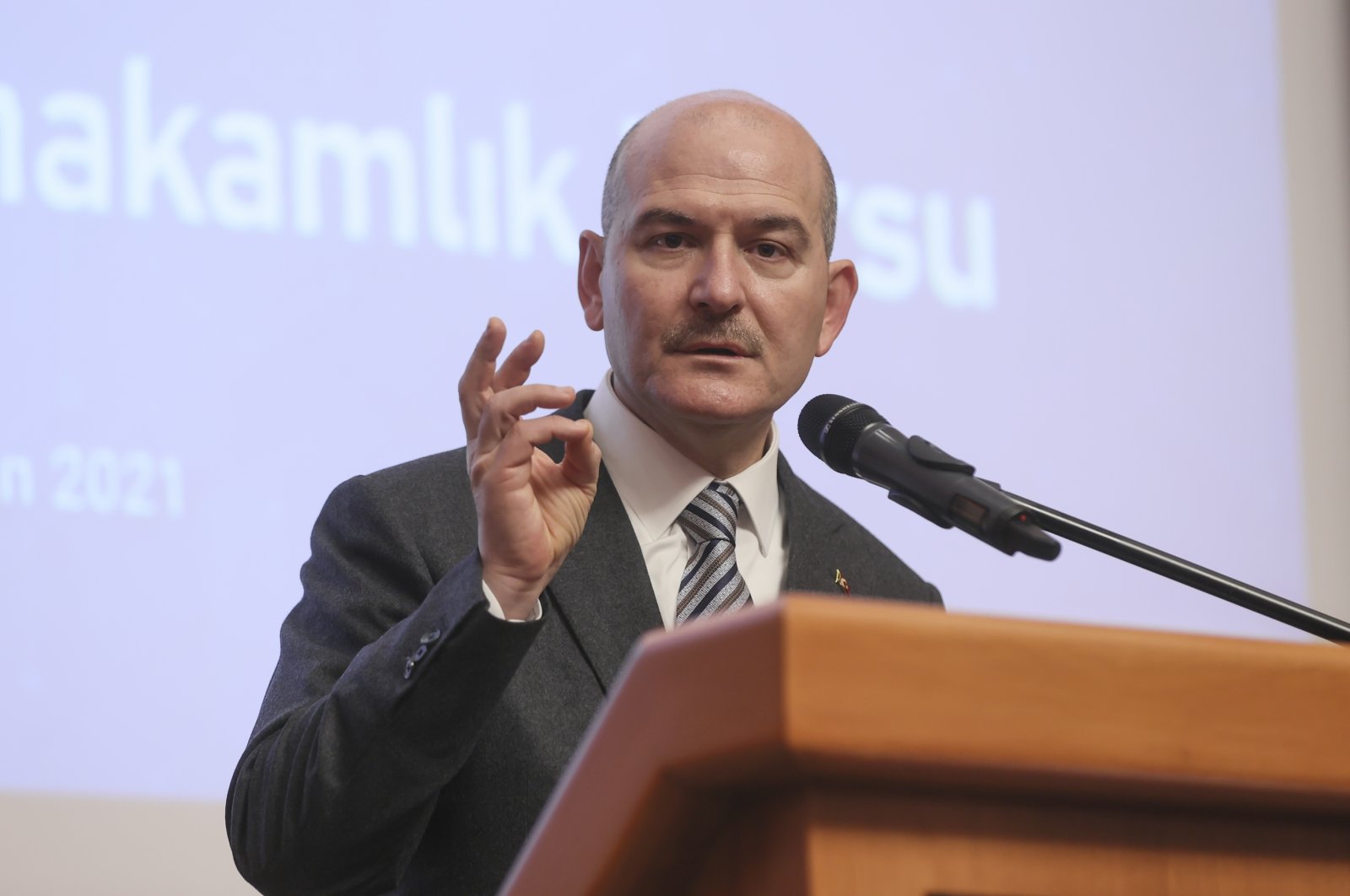 Turkey has become a model country whose policies give hope to millions of people in its region, Interior Minister Süleyman Soylu said late Saturday.

Speaking to private news channel A Haber, Soylu said Turkey – under President Recep Tayyip Erdoğan's leadership – has mapped out its own path in the face of the new world order's challenges and uncertainties.

"When globalization started, we thought that the hope in the world would create a new road map for itself. Many issues such as the (European Union), freedom and the abolishment of national borders came to the agenda," he said but added that despite all the changes, the international community has been going through a period of despair in recent years.

In such a period, Turkey has become a glimmer of hope for many people in Syria, Libya and Azerbaijan, Soylu said.

The minister stated that Turkey prevented at least 248 terror attacks last year through the joint efforts of its security forces and intelligence services.

In its more than 40-year terror campaign against Turkey, the PKK – listed as a terrorist group by Turkey, the United States and the EU – has been responsible for the deaths of at least 40,000 people, including children.

Referring to the Peoples' Democratic Party's (HDP) alleged ties to the PKK, Soylu said surrendered members often confess to the direct and organic relations between the political party and the terrorist group. "The involvement of some parliamentary deputies and many HDP officials in recruiting terrorists for the group is clear," he added.

In response to Soylu's claims, Taşdemir released a message from her social media account and described the accusation as a lie.

The HDP has many times drawn outcry for transferring taxpayer money to the PKK. The party's mayors and local officials have been found to misuse funds in support of the PKK terrorist group and provide jobs to PKK sympathizers. HDP mayors have also been accused of undermining municipal services, allowing the PKK to dig ditches in the streets and launch attacks on police and soldiers when the terrorist group adopted an urban warfare strategy in July 2015, ending a two-year reconciliation period.

On the Gülenist Terror Group (FETÖ), Soylu said that since 2016, at least 137 senior FETÖ members from 31 different countries were brought to Turkey.

"The group's financial resources have been greatly drained. They are now split into four or five different factions who are fighting each other to take over the whole group," he added.

FETÖ and its U.S.-based leader Fetullah Gülen orchestrated the attempted coup on July 15, 2016, in which 251 people were killed and 2,734 were injured. The group was also behind a long-running campaign to overthrow the state through the infiltration of Turkish institutions, particularly the military, police and judiciary.