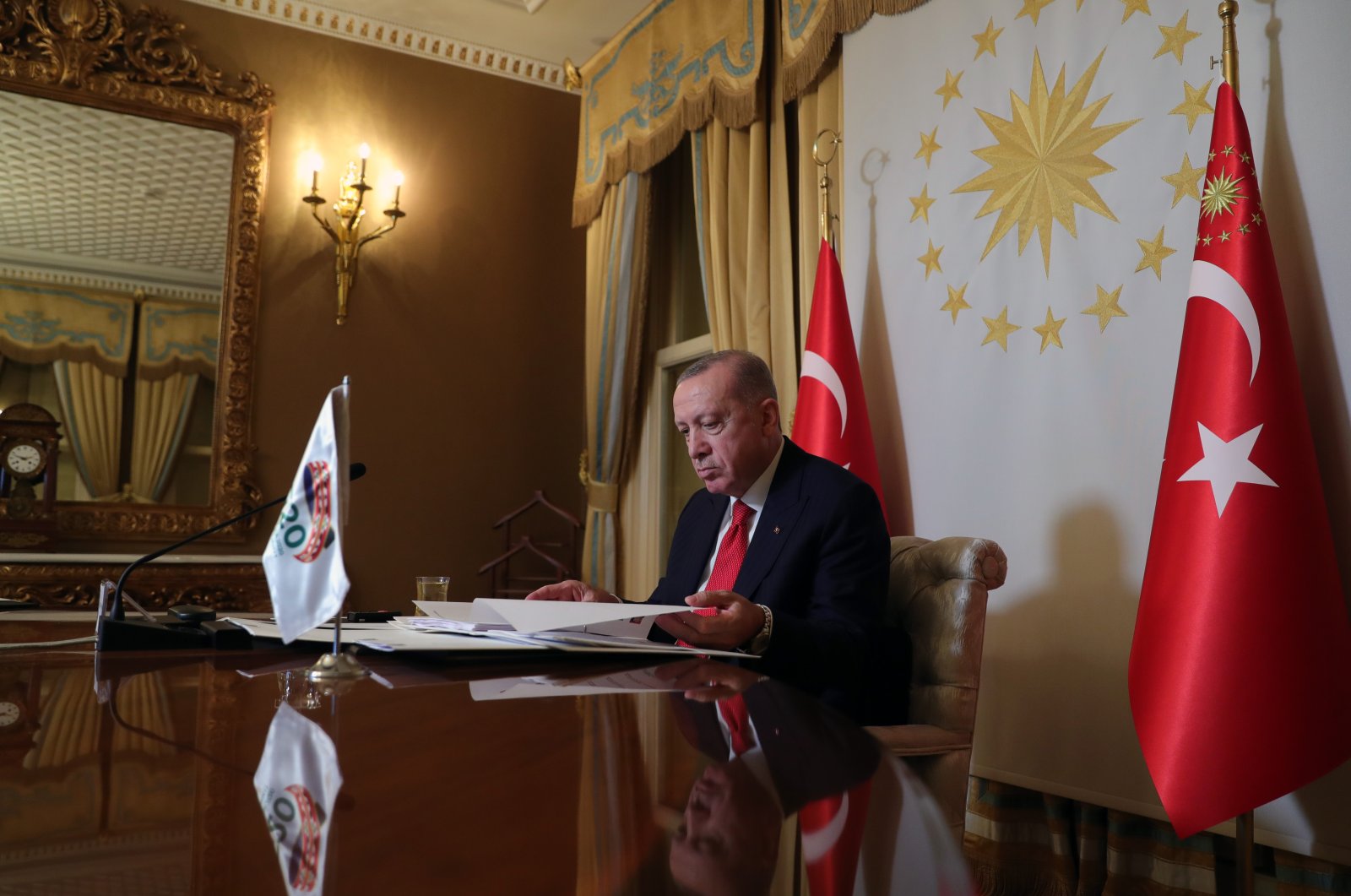 "Turkey is the only country that has fought Daesh on the ground," President Recep Tayyip Erdoğan said in a statement late Sunday.

Addressing G-20 leaders during a videoconference, Erdoğan added, "We have captured and deported over 9,000 foreign terrorist fighters."

The president also repeated his criticism of the global system, which he said was the cause of many problems the world is facing.

"The current economic system is not capable of protecting humanity," he said.

"The global system continues to deepen problems with its corrupted structure, in addition to the crisis due to COVID-19," Erdoğan added, also underlining the importance of fighting against the pandemic.

The president also repeated his famous motto, saying: "This is why we say 'the world is bigger than five.'"

"Five" is a reference to the five permanent members of the United Nations Security Council (UNSC), namely the United States, Russia, France, United Kingdom and China, all of which have the right to veto decisions or resolutions made by the Security Council.

Erdoğan also touched upon the struggle against climate change, highlighting Turkey's efforts against it.

"Even though our historical responsibility with regards to climate change is nearly nonexistent, we are trying our best to fight it," he said.

"We are producing 63% of all our electricity via domestic and renewable sources," Erdoğan concluded.