Turkey persists in fight against terrorism despite coronavirus challenge 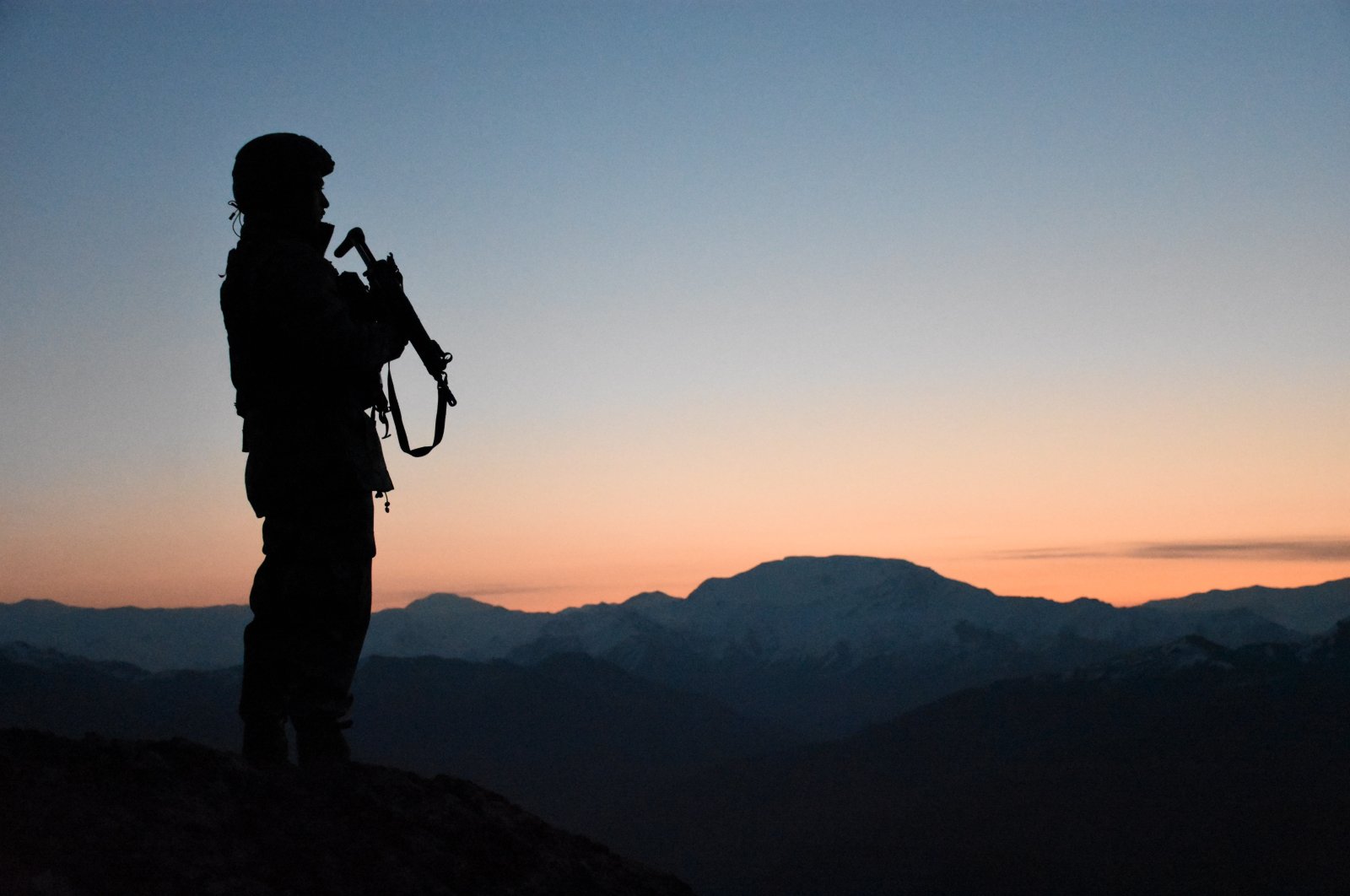 As the coronavirus continues to wreak havoc across the globe, including Turkey, the country persists in its fight against terrorist organizations. It has killed 230 terrorists in nearly 22,000 counterterrorism operations so far this year.

Different terrorist organizations, the PKK, in particular, do not refrain from targeting innocent civilians and children to disturb peace and security in Turkey.

The PKK carried out its latest attack on civilians in Diyarbakır's Kulp district last week. Five people were killed died when a roadside bomb hit a minibus carrying villagers.

“We have carried out 22,000 operations in the fight against terrorism since New Year’s,” Interior Minister Süleyman Soylu said on April 9. The minister explained that teams are trying to destroy shelters and hiding places while intelligence units, counterterrorism teams and the gendarmerie in rural areas are working in coordination.

Within this scope, Turkey has eliminated at least 230 terrorists, including high-ranking leaders, in the first three months of the year.

Turkish security forces continue their fight against terrorism with determination both in cities and rural areas and in cross-border operations.

Ramping up its fight against terrorists, Turkey launched Operation Kapan in the country’s southeast in January after it had completed the stages of Operation Kıran that was launched last August.

Turkish security forces regularly conduct counterterrorism operations in the eastern and southeastern provinces of the country, where the PKK has attempted to establish a strong presence and numerous bases. The Turkish Armed Forces (TSK) also carries out cross-border operations in northern Iraq, a region where PKK terrorists have hideouts and bases from where they carry out attacks on Turkey. The operations were intensified after July 2018 and gradually became routine.

In its more than 30-year terror campaign against Turkey, the PKK – listed as a terrorist organization by Turkey, the United States and the European Union – has been responsible for the deaths of 40,000 people, including women, children and infants.

Bilen was one of the six so-called "executive council" members of the Kurdistan Communities Union (KCK), which serves as an umbrella body of the PKK terrorist group and its Syrian and Iranian offshoots, the PYD and PJAK, in addition to various armed, youth and women's organizations. Other KCK members include the notorious militants Duran Kalkan, Mustafa Karasu, Ali Haydar Kaytan and Nuriye Kesbir.

According to the sources, Bilen was one of the first members of the female movement within the group. She received political and military training in Syria and Lebanon under the watch of the now-jailed leader of the group, Abdullah Öcalan.

Ömer Oran, another most-wanted terrorist code-named Bager, was killed in a counterterrorism operation in eastern Erzurum province on Feb. 8. Oran was on the ministry’s Most Wanted List with a bounty of TL 500,000 on his head and was allegedly in charge of Erzurum’s Karayazı district.

The Interior Ministry's most wanted list is divided into five color-coded categories, with red marking the most wanted, followed by blue, green, orange and gray, depending on the sensitivity of the criminal activity.

On Feb. 25, the Turkish military and MİT eliminated another senior PKK terrorist responsible for the organization's activities in northern Iraq’s Kirkuk in a joint operation carried out in Sinjar province. Yahya Duman, codenamed Sabri Tori, had been sought with an Interpol red notice. He reportedly joined the terrorist organization in 1993 and led an attack on a police station in the southeastern province of Mardin in 2016.

Meanwhile, as a result of persuasion efforts by Turkish security forces and families of the terrorists as well as successful counterterrorism efforts, the dissolution of the PKK continues. Some 67 terrorists have surrendered to security forces in the first three months of the year so far.

Duygu Karayel, a PKK terrorist codenamed Siya Munzur and listed on Interpol's most-wanted list, surrendered to Turkish security forces in the southeastern province of Mardin on March 11. Karayel surrendered amid efforts made by gendarmerie forces to persuade the PKK member to hand herself over to judicial authorities as part of ongoing counterterrorism operations in the area. Security forces initially contacted Karayel's family, having spent six months trying to convince her to surrender.