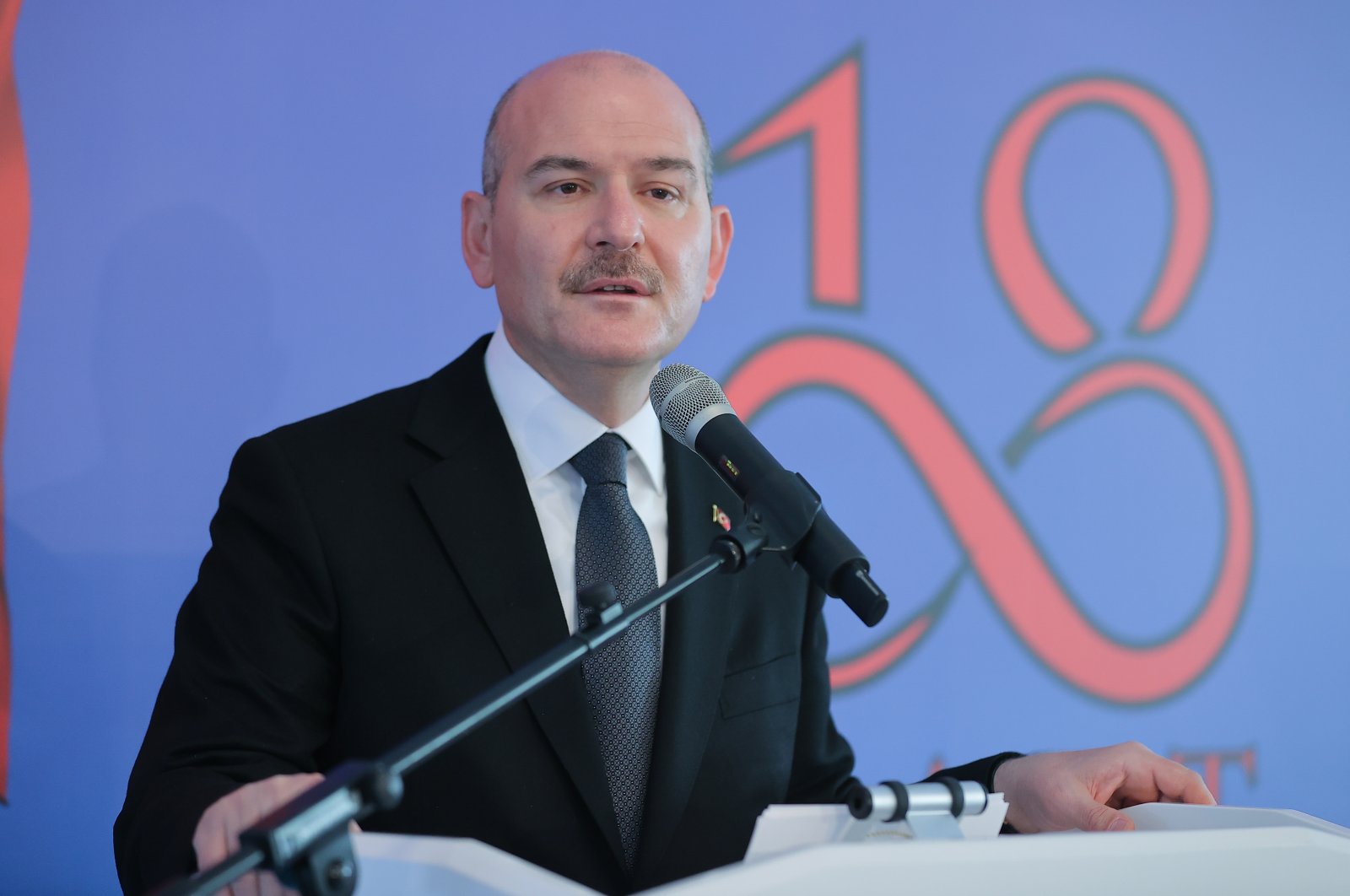 Turkey has foiled 26 attempted terrorist attacks since January, with the latest one thwarted today, Interior Minister Süleyman Soylu stated on Thursday, adding that Turkey will continue its fight against terrorism on all platforms.

Speaking at an event in the capital Ankara to mark Çanakkale Victory and Martyrs' Day, Soylu said that though the PKK is at a time when foreign support to the organization has peaked, the number of armed terrorists within Turkey has decreased to under 300, while those giving up arms and surrendering to security forces is five times higher than those joining the terrorist group.

Soylu underlined that as part of a new security concept, Turkey carries out operations not after terrorist attacks take place, but beforehand.

“In all of our counterterrorism operations, we have eliminated 121 PKK terrorists since January. Four joined the organization. Only two of these are from within Turkey, while two are from Germany. Despite this, 35 surrendered thanks to persuasion efforts,” he pointed out.

Soylu further stated that Turkey not only targets terrorists themselves but also their financial means to weaken the organization.

Within this scope, four terrorists were killed in southern Hatay’s Kırıkhan district in a conflict that erupted between the PKK and gendarmerie teams on the same day. Another two were caught alive, while two others reportedly escaped the incident. Security forces are continuing their operation to catch the remaining two terrorists in the region.

According to Interior Ministry spokesperson Ismail Çataklı, a total of 321 terrorists surrendered in 2020.