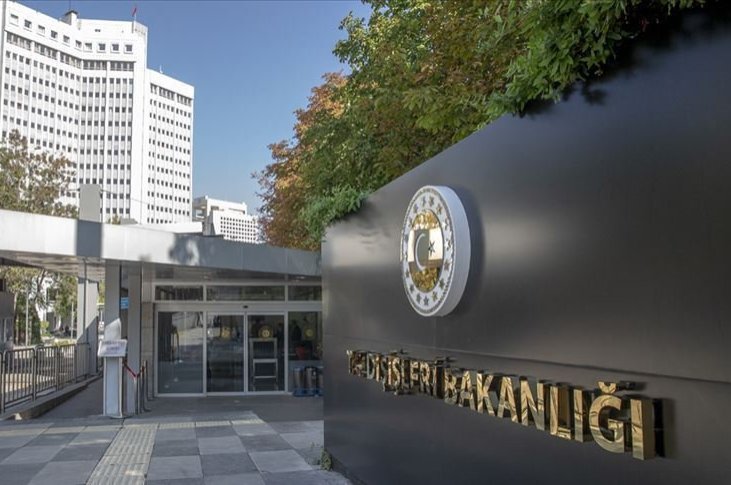 It is an open violation of U.N. decisions on the fight against terrorism that Virginia Gamba, special representative of the Secretary-General for Children and Armed Conflicts, met with notorious YPG terrorist leader Ferhat Abdi Şahin, code-named Mazloum Kobani, the Turkish Foreign Ministry stated Thursday.

“It is a desperate situation for the global fight against terrorism that Gamba held a videoconference meeting with the PKK/PYD/YPG-linked SDF leader and other terrorist members,” the ministry said in a written statement, adding that upon the development, the necessary steps were taken at the United Nations.

“This hits a blow to the credibility of the U.N.’s fight against terrorism."

The ministry reminded that the path to preventing the grave humanitarian crimes of the PKK/YPG, which engages in the sexual abuse of children and arms them forcefully, is to accomplish measures to fight terrorism in a sincere and effective way without differentiating between terrorist organizations.

The PKK is recognized as a terrorist organization by Turkey, the United States and the European Union and has waged a terror campaign against Turkey for more than 40 years, resulting in the deaths of nearly 40,000 people, including women and children. The YPG is PKK's Syrian branch.

Şahin is the adopted son of the PKK's imprisoned founder Abdullah Öcalan, who is now serving a life sentence in a Turkish prison. Şahin is also sought by the Turkish Interior Ministry with a red notice.