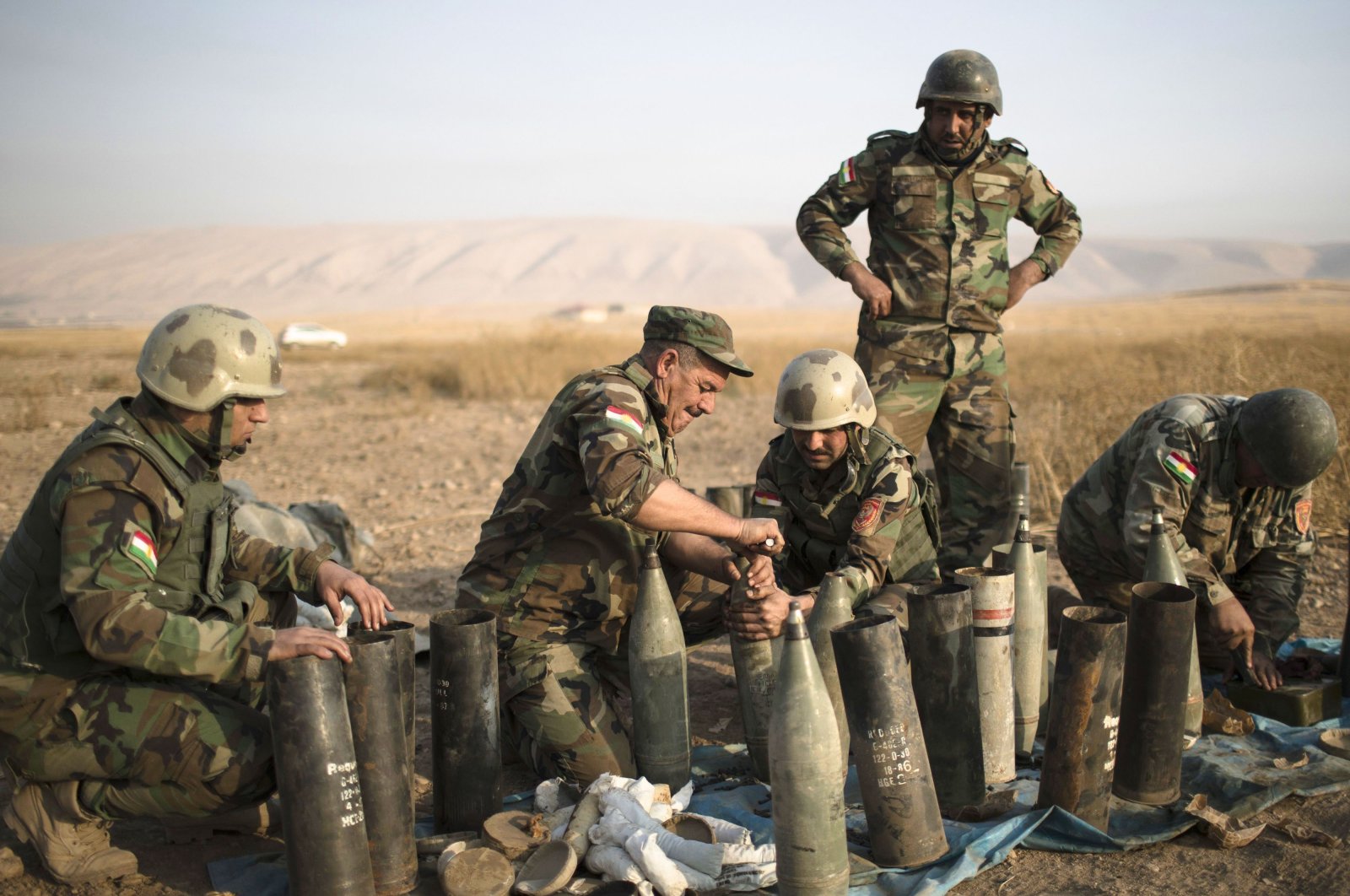 Turkey’s Defense Ministry called on the global community to stop their support for the PKK and its offshoots in Syria and Iraq, after the terrorist group killed five Kurdish Peshmerga soldiers in an attack Saturday.

“By attacking the Peshmerga, the PKK/KCK/YPG has once again shown that it poses the greatest threat to peace and stability in the region,” the ministry said in a statement, adding that the terrorists have shown that they cannot represent the Kurdish people.

The ministry continued by saying that friendly nations should especially see the true face of the PKK/KCK/YPG terrorists and stop providing assistance, especially weapons and ammunition.

“Turkey is ready to completely eliminate this treacherous and bloody terrorist organization, which brings nothing but instability, blood and tears to the region until the last terrorist is neutralized and is ready to cooperate with its neighbors regarding the matter,” the ministry said. Turkish authorities often use the term “neutralized” in statements to imply that the terrorists in question surrendered, were killed or captured.

The ministry also said that Turkey respects the territorial integrity of Iraq and is ready to provide support.

Five Kurdish Peshmerga soldiers were killed on Saturday in an attack by the PKK terror group in Iraq’s northern Dohuk province, according to Serbest Lezgin, the Kurdistan Regional Government’s (KRG) deputy minister of Peshmerga affairs.

The fatalities occurred in an ambush set by PKK terrorists in Amadiya district, he said, adding that four other Peshmerga troops were injured in the attack.

The terrorists carried out the attack with a guided missile and escaped from the area after the attack, according to sources on the ground.

While some pro-PKK websites reported on unfounded claims holding the Turkish Armed Forces responsible for the attack, a statement by the KRG officials saying that the bodies of two PKK terrorists had been found at the scene revealed that the allegations were completely untrue.

The statement by the ministry sources came in response to the claims and they noted that the terror group targeted the Peshmerga soldiers who were on duty to ensure peace and safety of people living in their villages.