Turkey vows to continue efforts for stability, peace in Syria’s Idlib as more than 400,000 return home 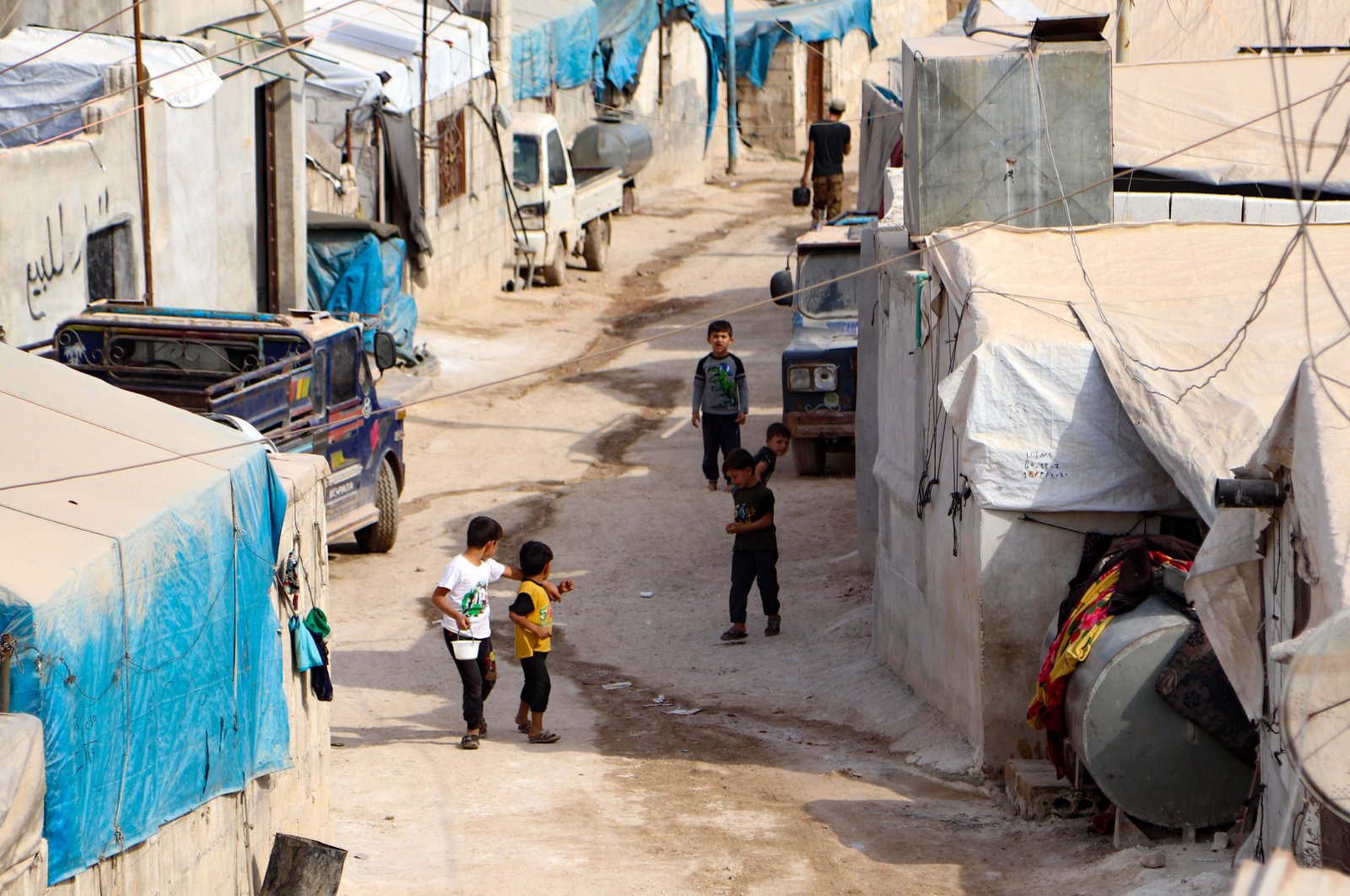 Internally displaced children gather in one of the alleys of an overcrowded displacement camp near the village of Qah, Idlib, northwestern Syria, Oct. 28, 2020. (AFP Photo)
by DAILY SABAH Nov 01, 2020 1:13 pm
RECOMMENDED

Turkey will continue its efforts toward preventing another humanitarian tragedy in northwestern Syria's Idlib, the Turkish Defense Ministry said Sunday.

It added that at least 400,000 Syrian's have returned to their homeland since an Ankara-Moscow brokered cease-fire came into effect.

In a briefing Sunday, the ministry recalled that Turkey helped stop the tragedy with the March agreement and stressed that efforts will be made to preserve the cease-fire, prevent further bloodshed, protect the stability and enable Syrians to return home.

"Developments are being closely followed in coordination with the Russian Federation, while numerous measures have been taken to ensure the safety of our units," the ministry added.

In March, a fragile truce was brokered between Moscow and Ankara in response to the months of fighting by the Russia-backed regime that launched military offensives on the country's last major opposition stronghold in Idlib and displaced almost a million people from their homes. Most of the refugees sought shelter at camps close to the border with Turkey, while others went to areas under the control of the Syrian opposition.

Russian forces, however, have repeatedly violated the cease-fire and conducted attacks on civilians as well as the Syrian opposition. Most recently, Russian airstrikes targeted an opposition training camp, killing at least 78 soldiers and wounding another 90.