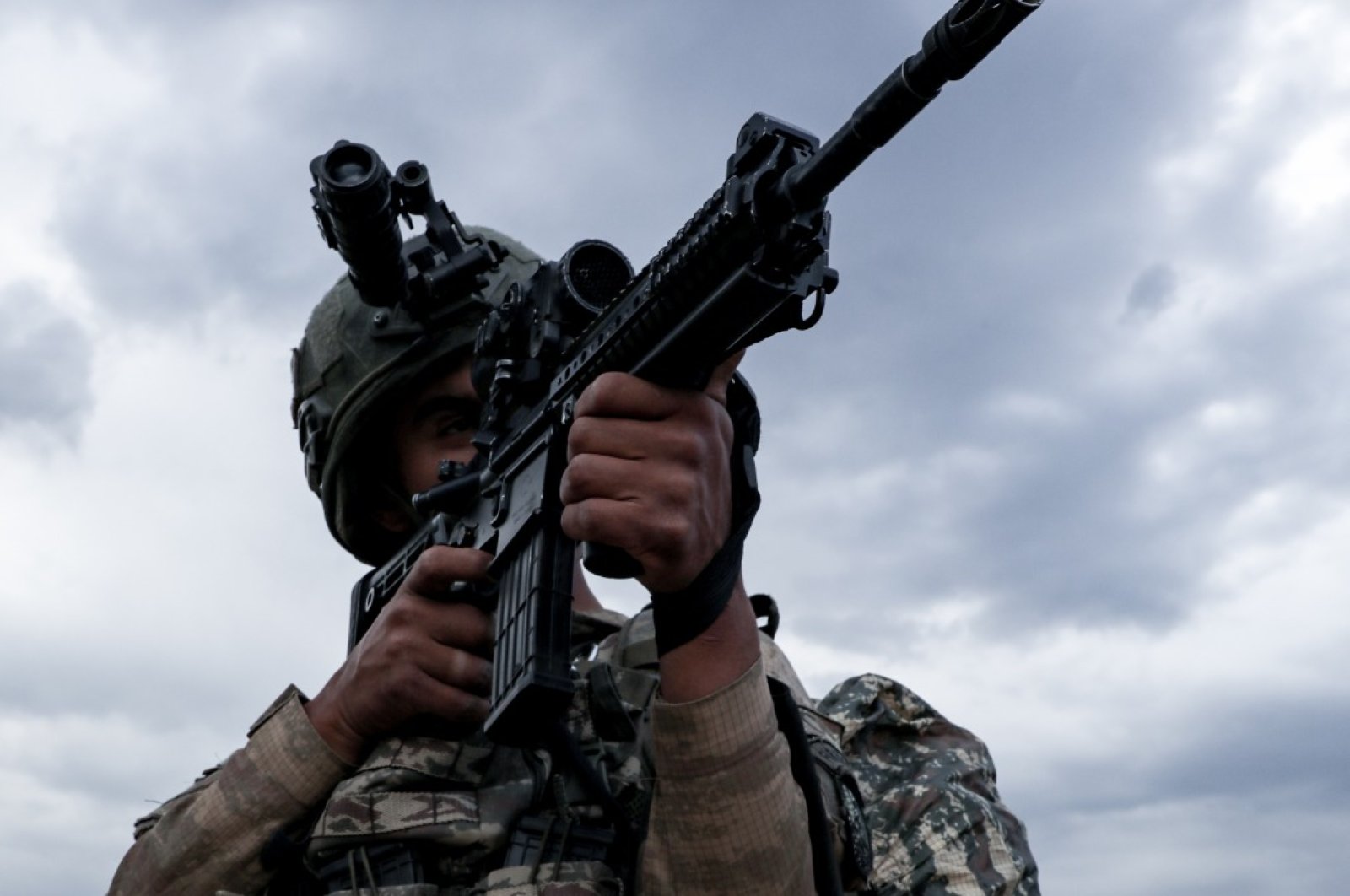 In the operations conducted within Turkey and abroad during the month of June, Turkish security forces killed at least 86 YPG/PKK terrorists.

Counterterrorism operations between June 1-30 were jointly carried out by the National Intelligence Organization, Turkish Armed Forces, gendarmerie and police in eastern and southeastern Turkey and abroad.

As many as 370 terror suspects were arrested in Turkish cities, with 107 of them later remaining in custody. A total of 13 terrorists surrendered to Turkish security forces during the month.

İzzet Yiğit, who killed 16 people in a 2016 bomb attack in the village of Durumlu in the Diyarbakır province, was among those killed, as announced by Interior Minister Süleyman Soylu on June 11.

Seven people, including one member of the security forces, were killed and eight people wounded in the month of June.

Six civilians lost their lives and eight others were injured in the terror group's attacks on civilians, while a soldier was killed in Operation Claw-Tiger.

The Turkish Armed Forces regularly conduct cross-border operations in northern Iraq, a region where PKK terrorists have hideouts and bases from which to carry out attacks in Turkey. Iraq's Kurdish Regional Government (KRG) also previously called the PKK's presence in Sinjar unacceptable and urged the militants to leave the area.

Weapons, ammunition and explosives were also seized as part of Operation Claw-Tiger, the ministry said on Twitter.

"Our operations will continue until the last terrorist is neutralized," it said, posting footage of the operation.

During the operations, senior terrorist figures in the state’s most-wanted list have also been eliminated.

Sabri Dal, a senior PKK terrorist wanted by Interpol, was caught in a joint operation by Turkish security and intelligence units in the Silopi district of the southeastern Şırnak province on June 19.

Zilan Demir, code-named Zana Mardin, who was identified as a "miner and bomber" for the terror group, was caught in the southeastern Mardin province in late June.

A so-called senior terrorist identified only by his initials, R.Y., surrendered to security forces in the Hakkari province.

He was in the orange category of Turkey's list of wanted terrorists, which is divided into five color-coded categories, with red as the most wanted, followed by blue, green, orange and gray.

Tarık Kar, code-named Heba Rodi, was caught and remanded in custody in June. There was a reward of TL 1 million (over $147,000) for his arrest.

In its more than 40-year terror campaign against Turkey, the PKK – listed as a terrorist organization by Turkey, the U.S. and European Union – has been responsible for the deaths of 40,000 people, including women, children, and infants.

In addition to its presence and activities in Turkey and northern Iraq, the PKK’s Syrian branch YPG also threatens the lives of civilians in northern Syria.

A person was killed and another injured on Sunday when a bomb-laden vehicle exploded in the district center of Afrin, northern Syria, according to security sources.

Security sources assert that the YPG/PKK carries out bomb attacks in the region cleared of terrorists.

On Friday, a police officer was killed and two civilians injured in a roadside bombing by terrorists in Afrin.