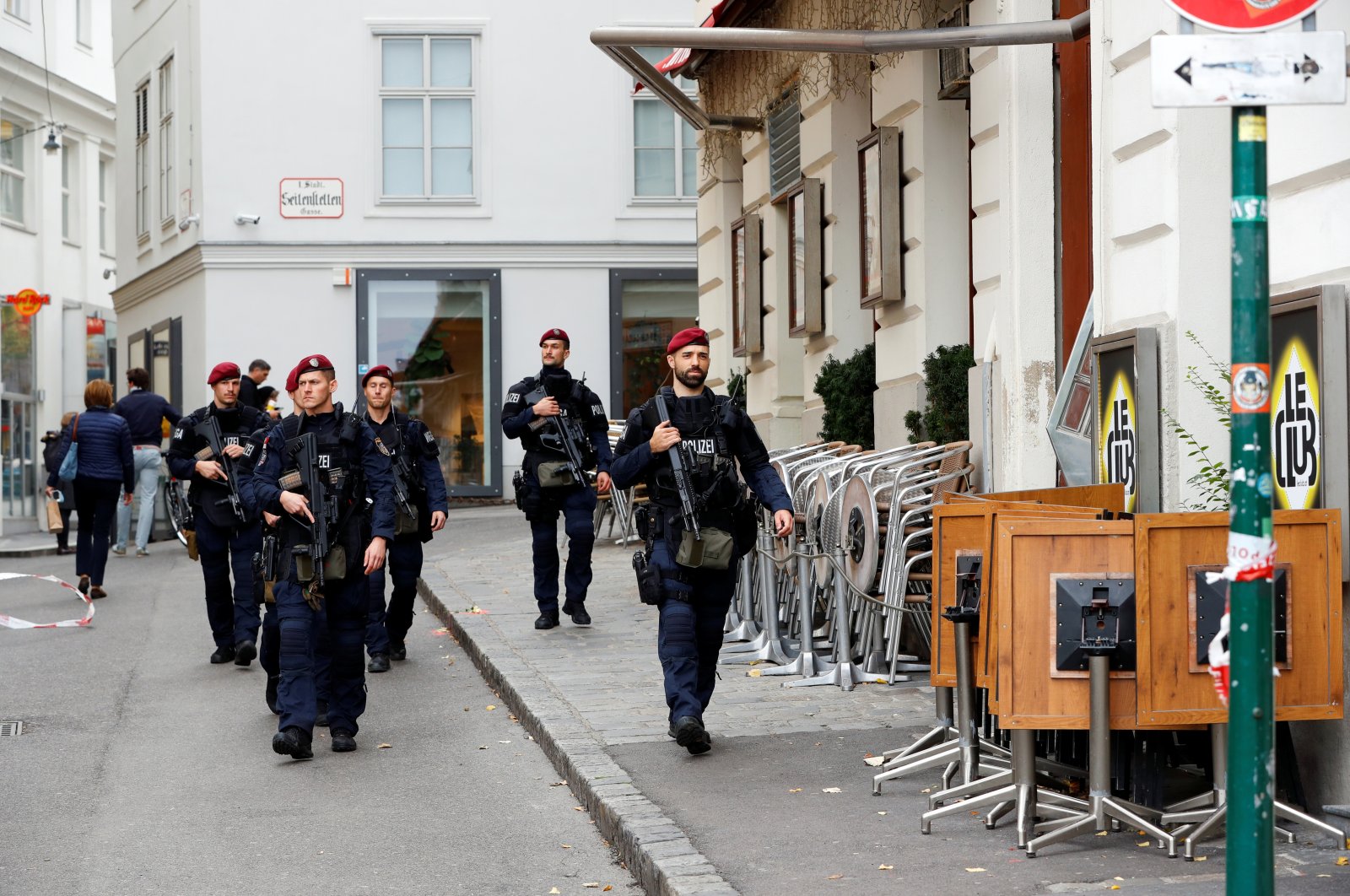 The recent terrorist attack in Vienna that killed four people proved to the world that the threat of Daesh still haunts Europe. The surprising thing, however, was the fact that the attacker was handed to Austrian authorities by Turkey, only to be released shortly after, showing the incapability of European states to subdue foreign fighters.

At least four people were killed and 22 more were wounded in a terrorist attack in the Austrian capital, an official said Tuesday. Speaking at a news conference in Vienna, Interior Minister Karl Nehammer said the assailant, who was killed in a police operation last night after the attack, was a sympathizer of the Daesh terrorist group. Daesh also declared later that it was responsible for the attack.

"We have not yet found any evidence indicating a second attacker," he said, adding that the investigation was still ongoing.

The attack received widespread condemnation from all corners of the globe, including Turkey, which expressed that it stood in "solidarity" with the Austrian people and was waging its own campaign against terrorism.

"We are saddened to receive the news that there are dead and wounded as a result of the terrorist attack that took place in Vienna," the Turkish Foreign Ministry said in a statement.

"As a country that has been fighting against all sorts of terrorism for decades, Turkey stands in solidarity with the Austrian people."

In fact, Turkey already showed its support for Austria's fight against terrorism back in 2018, when it captured and deported the attacker to Austria in a series of efforts that appear to have been in vain.

Austrian authorities have confirmed that the 20-year-old assailant was known to police as he was arrested last year for attempting to travel to Syria to join Daesh. Local media identified him as Kujtim Fejzulai who had both North Macedonian and Austrian citizenship. He was released from jail in December due to his young age. Austrian police arrested 14 suspects on Tuesday after raiding more than a dozen locations across the country.

Fejzulai was radicalized in 2016, he told the court. He and his friend first tried to travel to Kabul, but the plan failed when they found out that they lacked the necessary entry visa. In September 2018, Fejzulai left Austria alone and went to Turkey in hopes of joining Daesh fighters in neighboring Syria. Two days after his arrival in Turkey, Fejzulai was arrested, detained and eventually sent back to Austria. Fejzulai was convicted and sentenced in April last year but was already released on probation in December. He had reportedly received counseling from a nongovernmental organization (NGO) that specializes in deradicalizing extremists.

But this is not the first time that European states failed in handling foreign fighters who were successfully deported by Turkey.

In 2016, Turkey announced that one of the attackers in the Brussels suicide bombings was deported in 2015 from Turkey, and Belgium subsequently ignored a warning that the man was a militant. Back then, Turkish authorities identified the man as Ibrahim El Bakraoui, one of the two brothers named by Belgium as responsible for the attacks that killed at least 31 people in Brussels in 2016 and were claimed by Daesh.

In previous cases, European officials have said that without evidence of a crime, such as having fought in Syria, they cannot jail people deported by Turkey. Among such cases was Brahim Abdeslam, one of the suicide bombers in Paris in November, who was also sent back to Belgium from Turkey in 2015.

Since the beginning of the Syrian civil war in 2011, nearly 5,000 foreign fighters traveled from the European Union to conflict areas in Syria and Iraq, according to the European Union Agency for Law Enforcement Cooperation, better known under the name Europol, estimates. During this time, Turkey has been a frequent route for these foreign fighters due to its geopolitical position that acts as a bridge between Europe and the Middle East.

Turkey recognized Daesh as a terrorist organization in 2013. Since then, the country has been a frequent target of Daesh terrorists as they committed suicide bombings, seven bombings and four armed attacks. During these attacks, 315 people were killed and hundreds more were left injured. In response to the attacks, Turkey has launched counterterrorism operations against the terrorist group both within and outside the borders of the country. These operations have intensified since 2016, and so far, thousands of suspects have been detained and arrested.

As part of Turkey's ramped-up efforts to repatriate foreign terrorists, the Interior Ministry said on Nov. 9, 2019, that the country would begin extraditing captured Daesh terrorists to their home countries.

According to the Turkish Foreign Ministry, at the time, there were more than 1,000 foreign terrorist fighters in Turkey’s repatriation centers, almost 780 of whom were deported back to their countries of origin in 2019. Ankara expressed multiple times that by being returned to the EU, the detainees might be prosecuted and thus prevented from being further radicalized in camps filled with fellow former combatants.

While Turkey was arguing that foreign-born terrorists should be returned to their countries of origin, the issue has caused controversy in other places, especially Europe, where many countries refuse to accept the terrorists. Although the 1961 New York Convention made it illegal to leave people stateless, several countries, including Britain and France, have not ratified it, and recent cases have triggered prolonged legal battles.

Despite the resistance from many European countries, Turkey has continued to deport foreign fighters all around the continent, including to Germany, Finland, Norway and Denmark.

Meanwhile, the operations against the terrorist group within the country resumed as well. For instance, last month alone, Turkish security forces inflicted a heavy blow to Daesh, arresting 204 suspects including senior figures in multiple anti-terror operations across the country. The operations with the largest scale took place in metropole cities of the country such as Istanbul and Ankara.

In the capital Ankara, seven suspects who were accused of planning attacks on Turkish national holidays were detained last week. They were reportedly planning attacks on the Oct. 29 Republic Day and during the Nov. 10 ceremonies commemorating the death of the founder of the modern Turkish state, Mustafa Kemal Atatürk. In another operation in the capital, 25 suspects, including 24 Iraqis and one Finn, were arrested.

Some of the arrested terrorists were not only from a foreign nation but also wanted by some European countries, such as Soumaya Raissi, who was arrested in Adana province. Raissi, a 30-year-old Tunisian national, was wanted by French authorities and identified as "dangerous" and an "activist," sources said on the condition of anonymity due to restrictions on speaking to the media.