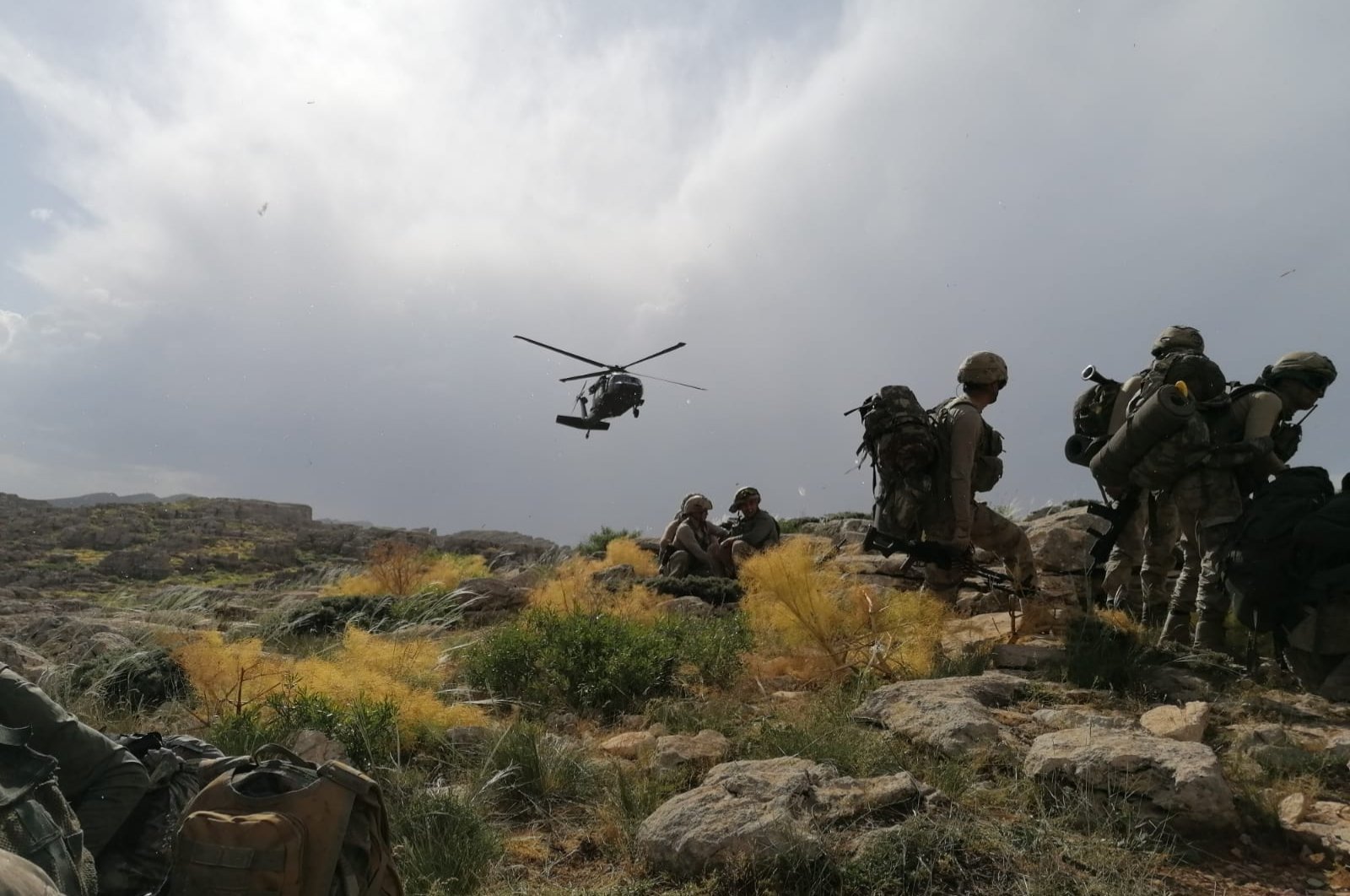 The Turkish military regularly conducts operations targeting the PKK terrorist group in southeastern Turkey and northern Iraq, areas from which the terrorists carry out attacks on Turkey. (AA Photo)
by Daily Sabah with AA
Nov 17, 2020 2:03 pm

According to security sources speaking to Anadolu Agency (AA) on Tuesday, the terrorist, codenamed Azad Heşet, was allegedly responsible for customs activities.

The sources said Akcan coordinated the transfer of arms and terrorist members between Sinjar and Syria and forcefully gathered money from the local people.

Akcan was listed in the gray category of the Interior Ministry’s wanted list, which is divided into five color-coded categories, with red as the most wanted, followed by blue, green, orange and gray.

After MIT received intelligence that Akcan was going to realize a transfer of terrorists and arms to be used against Turkey’s security forces, it acted on Nov. 8 and killed the terrorist close to the Syrian border in Sinjar.

Akcan, who joined the PKK in 2010, participated in terror attacks against the Turkish gendarmerie, police and armed forces in 2015 in the Silopi district of Turkey's southeastern Şırnak province.

Turkey has long been stressing that it will not tolerate threats posed to its national security and has called on Iraqi officials to take the necessary steps to eliminate the terrorists. Ankara previously noted that if the expected steps were not taken, it would not shy away from targeting the group. Iraq's Kurdistan Regional Government (KRG) also previously called the PKK's presence in Sinjar unacceptable and urged the terrorists to leave the area.