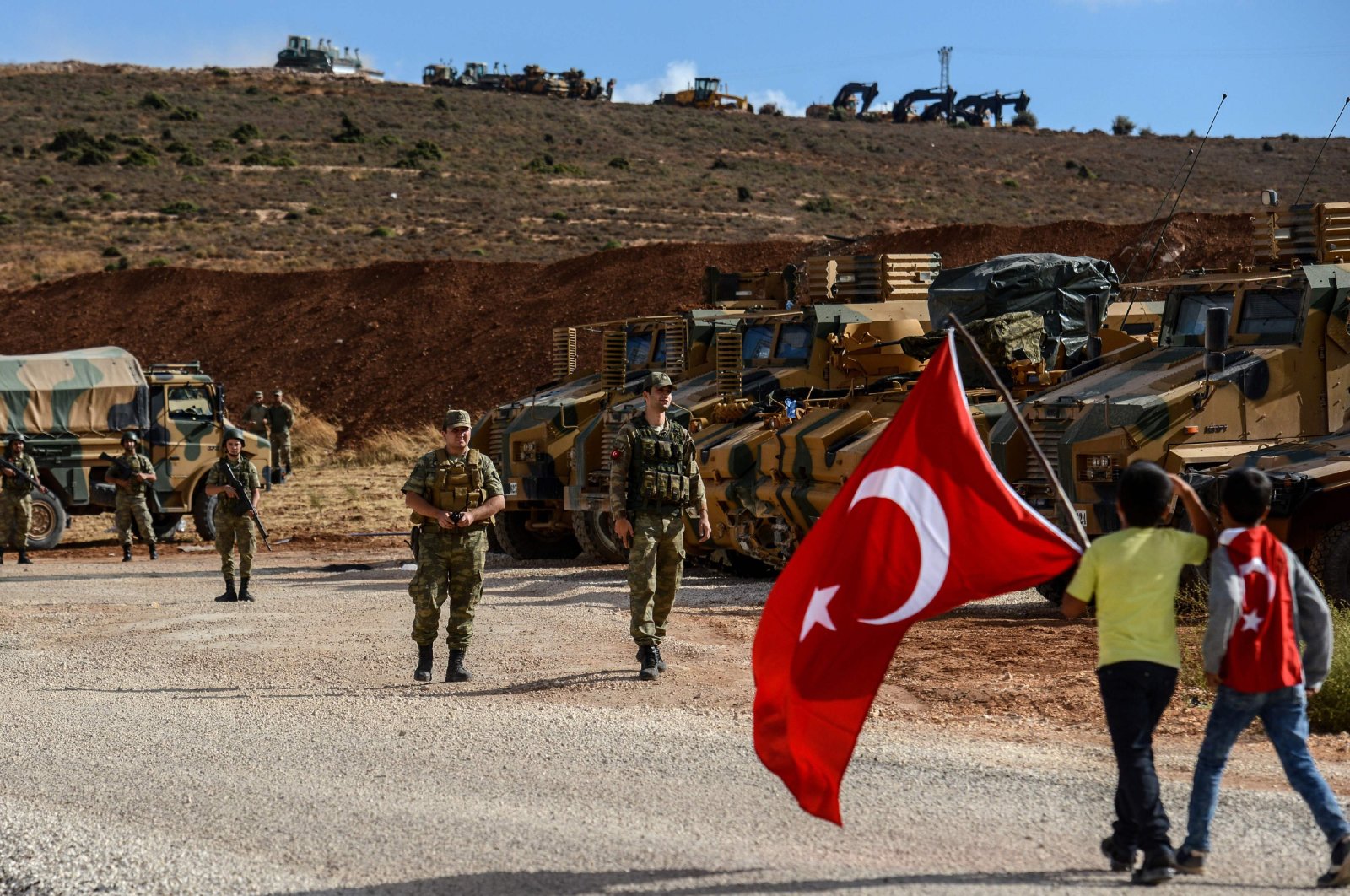 During the cross-border operations in Syria, 63 terrorists were neutralized in the last 15 days, the Defense Ministry said Sunday.

Turkey’s determination in Syria to ensure the safety of its own borders and the Syrian people proceeds at full steam, the Turkish Defense Ministry said in a written statement.

In accordance with Turkey's cross-border anti-terror operations in the Operation Peace Spring area, 53 YPG/PKK terrorists who tried to seize the area were eliminated in the last 15 days, the statement stated.

Furthermore, 10 YPG/PKK terrorists who tried to infiltrate and carry out an attack in the Operation Olive Branch and Operation Euphrates Shield areas that are under the control of Turkish Military Forces were neutralized by the Turkish army.

“In the Operation Olive Branch and Euphrates Shield areas, destruction of mines and Improvised Explosive Devices (IED), controlling the checkpoints, securing infrastructure and giving support for daily life continues to be carried out by our troops in order to ensure security and stability in the region,” the statement continued.

Highlighting Turkey’s aim for ongoing cross-border operations to ensure the safety of its own borders and securing the lives of Syrian people, “In accordance with the situation in Idlib and Adana, Astana, Sochi and Moscow agreements requirements, we continue to be on the ground in order to prevent the violations, ensure the cease-fire and safeguard the humanitarian aid," the ministry statement said.

Meanwhile, Turkish and Russian militaries held a fourth joint patrol in Syria's Idlib region as of April 15, the ministry also reported. The patrol covered the M4 highway, which links the cities of Aleppo and Latakia, and is part of the two countries' efforts to uphold a cease-fire agreement in the region.

Turkey launched Operation Spring Shield on Feb. 27 after at least 34 Turkish soldiers were killed in a Bashar Assad regime airstrike in Idlib province and after repeated violations of previous cease-fires. According to a 2018 deal with Russia, Turkish troops were to remain in Idlib to protect civilians from attacks by the regime and terrorist groups.

The ministry also stated that the Turkish Armed Forces (TSK) also continue to carry out activities in Libya in accordance with the United Nations recognized right to provide training and assistance to the Tripoli-based Government of National Accord (GNA) in order to ensure Libya’s territorial integrity, sustainable peace and stability.

On Nov. 27, Turkey and Libya's GNA signed a bilateral memorandum after a meeting between President Recep Tayyip Erdoğan and GNA head Fayez al-Sarraj, that took place in Istanbul. The deal enables Turkey to secure its rights in the Mediterranean while preventing any fait accompli maneuvers by other regional states.

Meanwhile, Ankara is currently carrying out hydrocarbon exploration activities in the Eastern Mediterranean with two drilling vessels, Fatih and Yavuz, along with the seismic vessels Oruç Reis and Barbaros Hayrettin Paşa in the same region.

The Defense Ministry also stated that the Turkish Armed Forces continue to ensure the security of Turkey’s drilling activities in the Eastern Mediterranean with determination, with air and sea support.

Turkey has the longest shoreline in the Eastern Mediterranean, making it a natural candidate for seeking reserves in the region in accordance with international law. The presence of the Turkish Cypriot government in Northern Cyprus also strengthens Turkey's hand as the country defends the rights of the Turkish Cypriots in the region and insists that their consent is needed for any type of drilling activities.