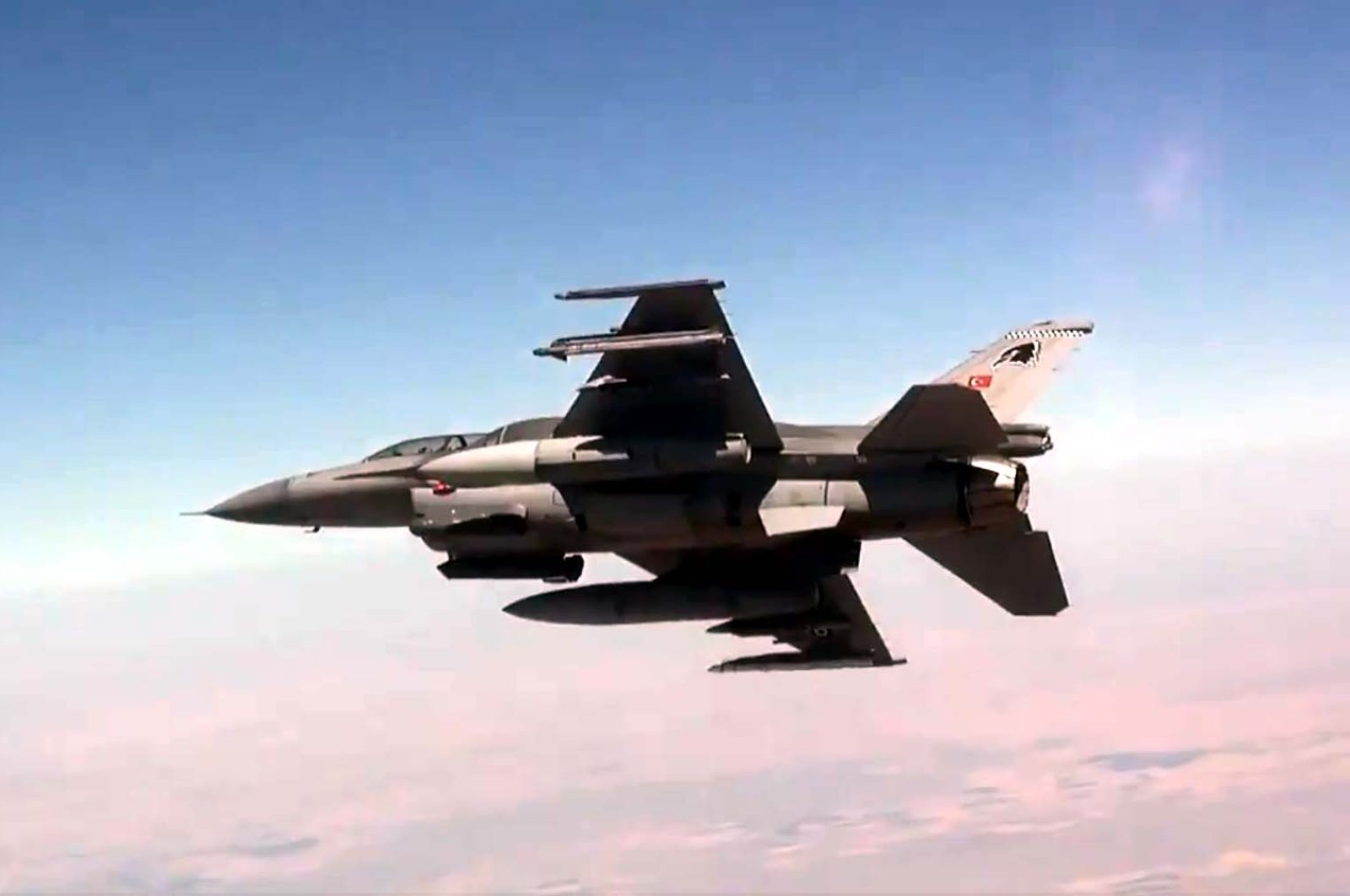 The Turkish Armed Forces (TSK) regularly conducts cross-border operations in northern Iraq, a region where PKK terrorists have hideouts and bases from which to carry out attacks in Turkey.
by DAILY SABAH WITH AGENCIES Aug 12, 2020 1:07 pm
RECOMMENDED

Seven of the terrorists were killed in air-backed operations in the Haftanin, Avasin and Metina regions after being detected by reconnaissance and surveillance activities, the Turkish Defense Ministry said on Twitter.

The ministry said Turkey's operations will continue until the last terrorist is killed and shared footage of the operation.

Separately, Turkey killed two other PKK terrorists in the Zap region in an air-backed operation, the ministry said on Twitter.

However, during the latest incidents, two Iraqis were also caught in the line of fire as Turkish forces targetted PKK terrorists, stirring up tension between Ankara and Baghdad.

Iraq's foreign ministry, which had already summoned the Turkish envoy twice over the military action on its soil, said the ambassador would this time be given "a letter of protest with strong words" condemning the move.

The ministry also said Turkish Defense Minister Hulusi Akar would no longer be welcomed for a visit on Thursday.

Ihsan Chalabi, the mayor of nearby Sidakan in the north of Irbil province, told Agence France-Presse (AFP) that the drone strike in the Pradost region targeted "Iraqi border guard commanders while they were in meetings with PKK."

Witnesses had reported clashes earlier in the day between PKK and Iraqi forces, and local sources said the drone strike targeted a meeting claiming to have tried to calm the tension.

On Aug. 10, Akar inspected troops at the Iraqi border in Turkey's southeastern Şırnak province, saying that the Claw-Eagle and Claw-Tiger operations, which started June 16, have been successfully continuing for the last 48 days.

"In the operations carried out by Turkish forces, 83 terrorists have been neutralized so far. A total of 359 mines/handmade explosives and 267 shelters were detected,” he said.

Operation Claw-Tiger was initiated a few days after Operation Claw-Eagle, which was launched in order to ensure the security of the Turkish people and the country's borders by eliminating the PKK and other terrorist organizations that have been stepping up their harassment and attack attempts against the police and military bases.

Meanwhile, it is claimed that one of the PKK terrorists who were killed in the attack was Cemil Bayık, one of the so-called leaders of the PKK terrorist group. Founding member and senior leader of the PKK, Bayık is also among the members of the KCK, an umbrella group covering the PKK and its offshoots in the neighboring countries of Turkey, Iraq, Iran and Syria. Bayık is the main culprit of a car bombing that killed 35 people in Ankara’s central Kızılay Square in March 2016. However, despite the speculation, Turkish authorities have yet to confirm the news.