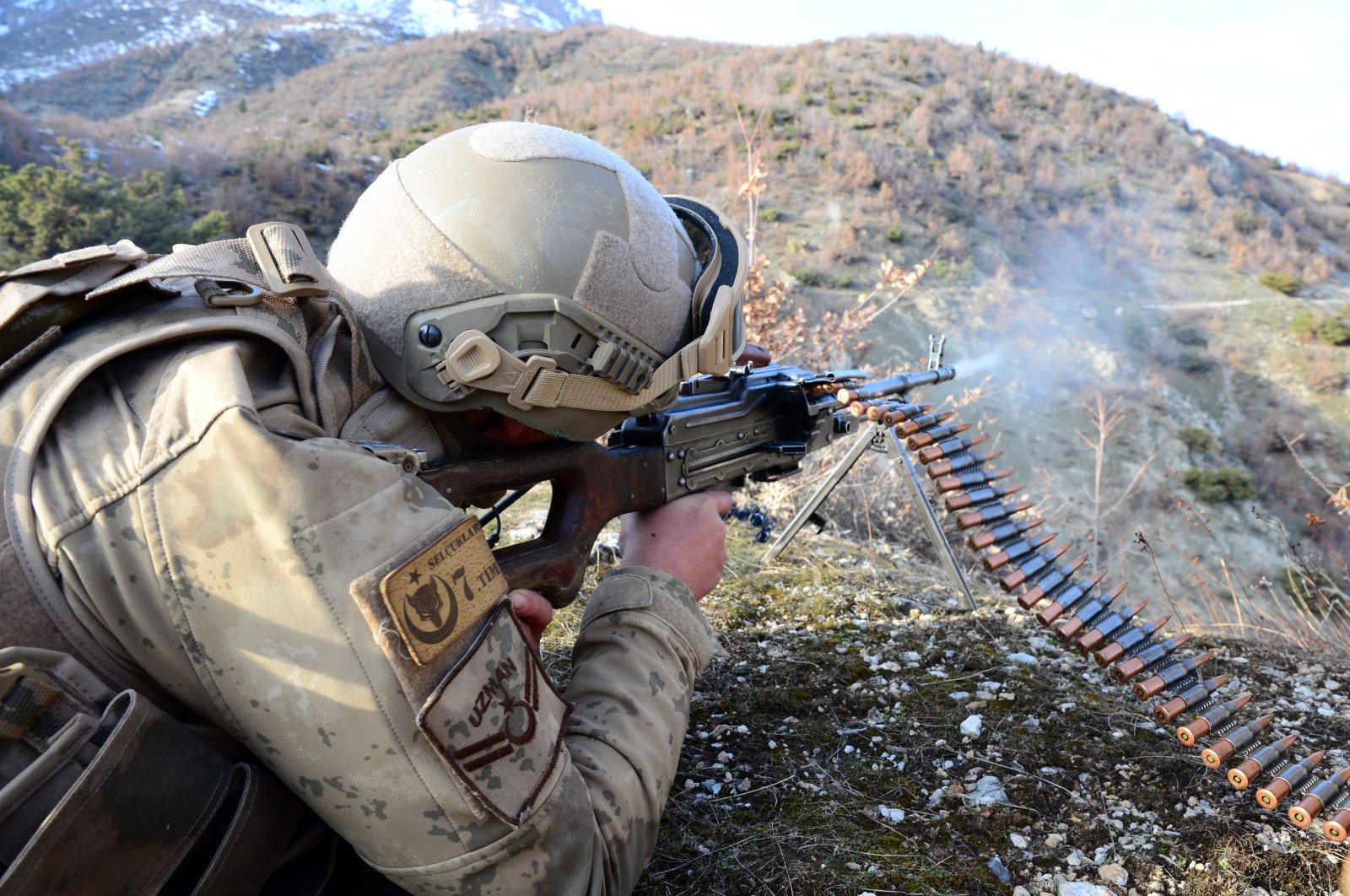 Turkish security forces regularly conduct counterterrorism operations in the eastern and southeastern provinces, where the PKK has attempted to establish a strong presence and bases. (AA Photo)
by Anadolu Agency Mar 18, 2020 2:29 pm
RECOMMENDED

Turkish security forces killed or captured a total of 191 YPG/PKK terrorists both in Turkey and abroad during the 2019-2020 winter season, according to data compiled by Anadolu Agency (AA).

The counterterrorism operations were jointly carried out by the country's National Intelligence Organization (MİT), the Turkish Armed Forces (TSK), gendarmerie and police forces in eastern and southeastern Turkey and abroad, targeting YPG/PKK terrorists.

From Dec.1 to Feb. 29, a total of 16 security personnel were killed and nine others were injured in terror attacks.

During the same period, 669 terror suspects were arrested as part of operations against the YPG/PKK in Turkish cities. Of them, 216 were remanded into custody.

Yücel Kandemir, code-named Alişer, one of the four terrorists who were killed in Turkey's eastern Ağrı province on Dec. 6, was identified as one of the perpetrators of the murder of Erzurum Karayazı Municipal Council member Savcı Küçük and his nephew in June 2019.

Turkish gendarmerie in the eastern province of Muş killed Erdal Tekay, code-named Zinar Amed, who was wanted in the gray category of the Interior Ministry's list and Musa Kalkan, code-named Ciwan Tolhildan, plus three more terrorists during anti-terror operations on Dec.7-8.

The wanted list is divided into five color-coded categories, with red the most wanted, followed by blue, green, orange and gray.

On Dec. 12, PKK terrorist Aziz Oruç who entered Turkey from Iran, and Abdullah Ekelek, the Doğubeyazıt provincial head of the Peoples' Democratic Party (HDP), which Turkey's government accuses of having links to the PKK terror group, were arrested as part of operations against the terror group.

On Dec. 30, Turkish security forces in the eastern province of Van carried out an anti-terror operation in northern Iraq. Two female terrorists were captured during the operation in the Qandil region, where the terrorist group has its main base.

On Feb. 8, Ömer Oran, a PKK terrorist who was wanted in the gray category of the Interior Ministry's list, was killed in eastern Erzurum province.

On Feb. 16, the Defense Ministry said eight PKK terrorists, including senior ones, were eliminated in an anti-terror operation in northern Iraq's Hakurk region.

Yahya Duman, a so-called senior figure of the PKK's Mahmur-Kerkuk region, was also killed in an anti-terror operation in Iraq's Sinjar region on Feb. 25.

The Interior Ministry said 49 terrorists surrendered to Turkish authorities since the beginning of 2020.

The Turkish Armed Forces (TSK) also carries out cross-border operations in northern Iraq, a region where PKK terrorists have hideouts and bases from which they carry out attacks on Turkey.

In its more than 35-year terror campaign against Turkey, the PKK, listed as a terrorist organization by Turkey, the U.S. and the European Union, has been responsible for the deaths of 40,000 people, including women, children and infants. The YPG is the PKK's Syrian offshoot.