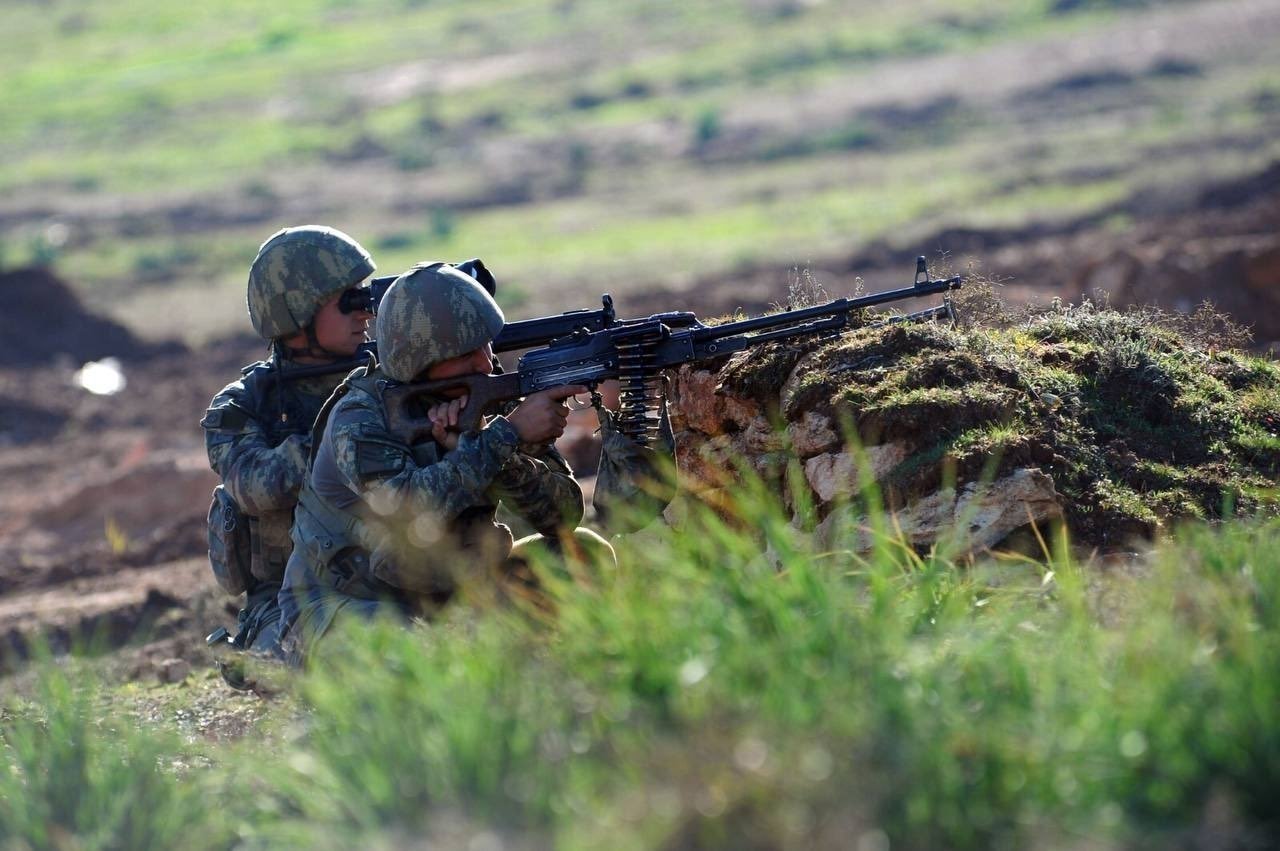 Turkish soldiers are seen during an operation against PKK terrorists in southeastern Turkey, May 4, 2021. (DHA File Photo)
by DAILY SABAH WITH AA Jul 16, 2021 1:28 pm
RECOMMENDED

The National Intelligence Organization (MIT) has eliminated two PKK terrorists that were producing improvised explosive devices that were planned to be sent to Turkey from Iraq.

According to security sources speaking to Anadolu Agency (AA), the terrorists were killed in northern Iraq’s Duhok province. The sources further explained that thanks to Turkey’s successful operations abroad, the links between the so-called high-ranking terrorists and other members on the ground had been severed to a great extent.

Now, so-called high-ranking members have lost their grip on PKK terrorists since they need to hide in caves due to the operations.

MIT gathered intelligence that Emrah Yıldızer, code-named Dewran Gilidax and Barış Soydan, code-named Andok Oramar, were planning to use the explosives in Turkey. The terrorists, who were being closely monitored, were killed April 4 in the rural areas of Duhok.

Yıldızer had crossed over to Iraq in 2018 and received training on sabotage and explosives there.

Meanwhile, Turkish forces also eliminated seven YPG/PKK terrorists in northern Syria, the National Defense Ministry announced Friday. The terrorists were killed when fire support units in a Turkish base within the Operation Euphrates Shield zone retaliated to being fired upon, the ministry said in a statement.

Three of the terrorists killed in the Tel Rifat region were from the terror group's main base in Qandil in northern Iraq, the statement said. The other four terrorists were killed in strikes on their positions in Shaykh Issa and Ayn Daqnah, it added.

The Turkish Armed Forces (TSK) regularly conducts cross-border operations in northern Iraq. Turkey has long been stressing that it will not tolerate terrorist threats posed against its national security and has called on Iraqi officials to take the necessary steps to eliminate the terrorist group. Ankara previously noted that if the expected steps were not taken, it would not shy away from targeting terrorist threats.