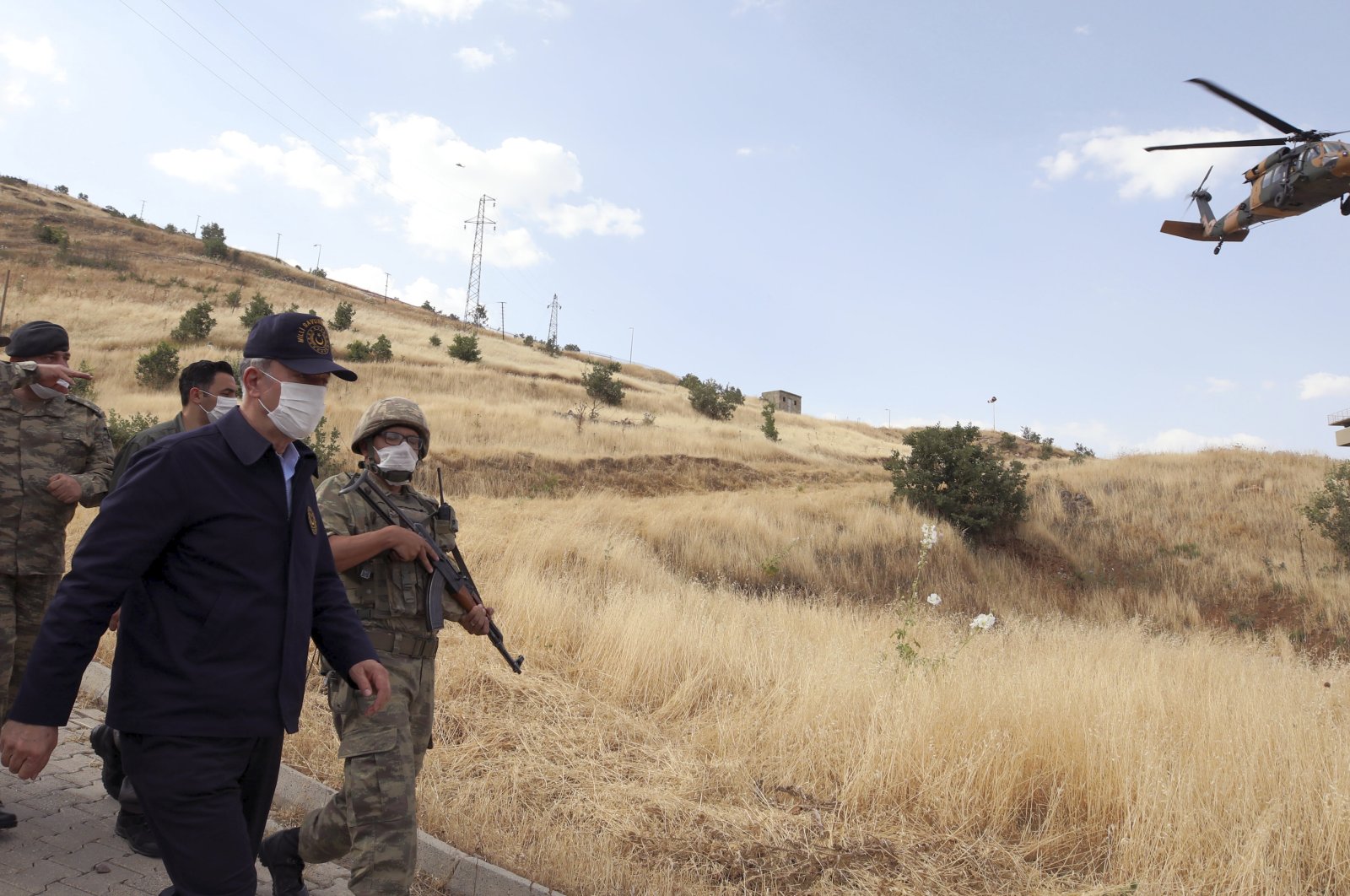 The ministry said the weapons were recovered during a search and sweep of terrorist PKK shelters, carried out as part of the ongoing Operation Claw-Tiger.

The weapons and shelters used by the terrorist group have been destroyed, the ministry added.

It also said that the operation against terrorist targets in northern Iraq will continue.

Operation Claw-Tiger was launched a few days after Operation Claw-Eagle, which looked to ensure the security of the Turkish people and the country's borders by eliminating the PKK and other terrorist organizations that had recently stepped up harassment of Turkish military bases and the police.

The PKK terrorist group managed to establish a foothold in Sinjar in mid-2014, on the pretext of protecting the local Yazidi community from Daesh. Since then, the PKK has reportedly established a new base in Sinjar for logistics and command-and-control activities.

Turkey has continuously said it will not tolerate national security threats and called on Iraqi officials to take necessary steps to eliminate the terrorists. Ankara said if the steps were not taken, it would not shy away from targeting the group in Iraq.

Iraq's Kurdish Regional Government (KRG), in the meantime, has also called the PKK's presence in Sinjar unacceptable and urged militants to leave the area.

The Turkish military regularly conducts cross-border operations on PKK hideouts and bases in northern Iraq, from which they carry out attacks inside Turkey.

He said the PKK entered Iraqi territory with illegal methods, and the presence of PKK terrorists in the region violates international law.

He added that Turkey’s operations against the PKK also serve the interests of Iraq.

“Ending the presence of the PKK in the country through these operations will make a big contribution to Baghdad. Iraq must protect its own territory. If there is no PKK, there would not be operations. Because of the PKK’s illegal presence in Iraq, Turkey conducts these operations,” he added.

Meanwhile, a Turkish soldier was killed in a clash with terrorists in northern Iraq during the ongoing operations, the National Defense Ministry said Sunday.

In a written statement, the ministry said the soldier was injured during Operation Claw-Tiger. He succumbed to his injuries at the hospital.

Two terrorists were also killed during the operation. Their weapons were also destroyed, the ministry said.

The ministry conveyed its condolences to the Turkish nation over the soldier's death.