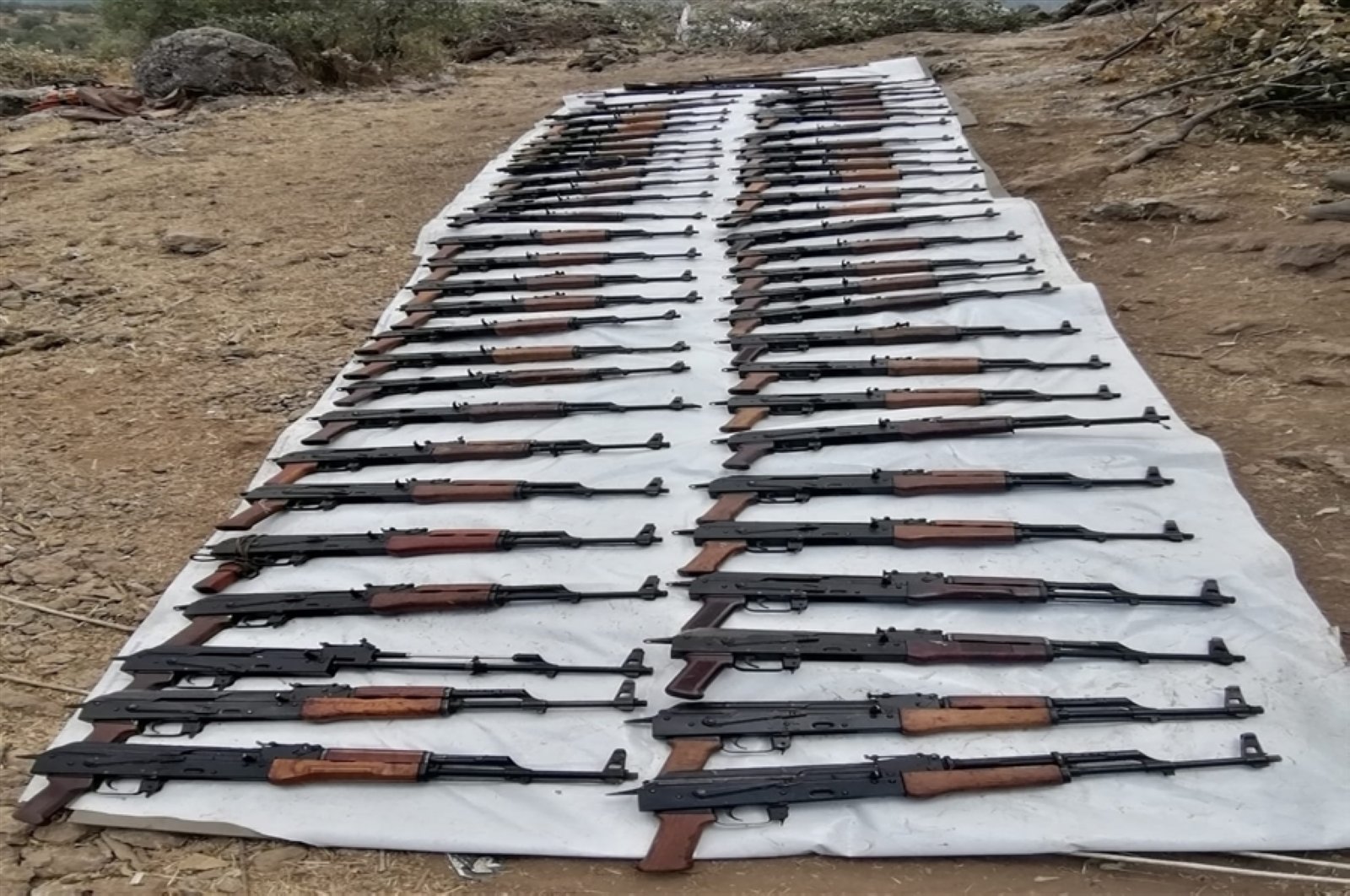 The Turkish military seized a huge cache of weapons and ammunition during an anti-terror operation in northern Iraq, July 25, 2020. (AA Photo)
by DAILY SABAH WITH AA Jul 26, 2020 12:03 pm
RECOMMENDED

The Turkish military seized a huge cache of weapons and ammunition during an anti-terror operation in northern Iraq, the Turkish National Defense Ministry said on Saturday.

"Our heroic commandos captured numerous arms and ammunition in a depot belonging to the PKK terrorist organization," said a ministry statement on Operation Claw-Tiger, one of its anti-terror operations in the region.

The operation is continuing, it added.

The Turkish Armed Forces regularly conduct cross-border operations in northern Iraq, a region where PKK terrorists have hideouts and bases from which to carry out attacks in Turkey. Iraq's Kurdish Regional Government (KRG) also previously called the PKK's presence in Sinjar unacceptable and urged the militants to leave the area.

In addition to cross-border operations, Turkish security forces conduct domestic operations in the country's eastern and southeastern regions where the PKK conducts many of its activities.

The terrorist, who was targeted in an operation in the Ovacık district, was on the Interior Ministry's wanted list, which is divided into five color-coded categories, with red as the most wanted, followed by blue, green, orange and gray.

In its more than 40-year terror campaign against Turkey, the PKK, listed as a terrorist organization by Turkey, the United States and European Union, has been responsible for the deaths of nearly 40,000 people, including women, children and infants.