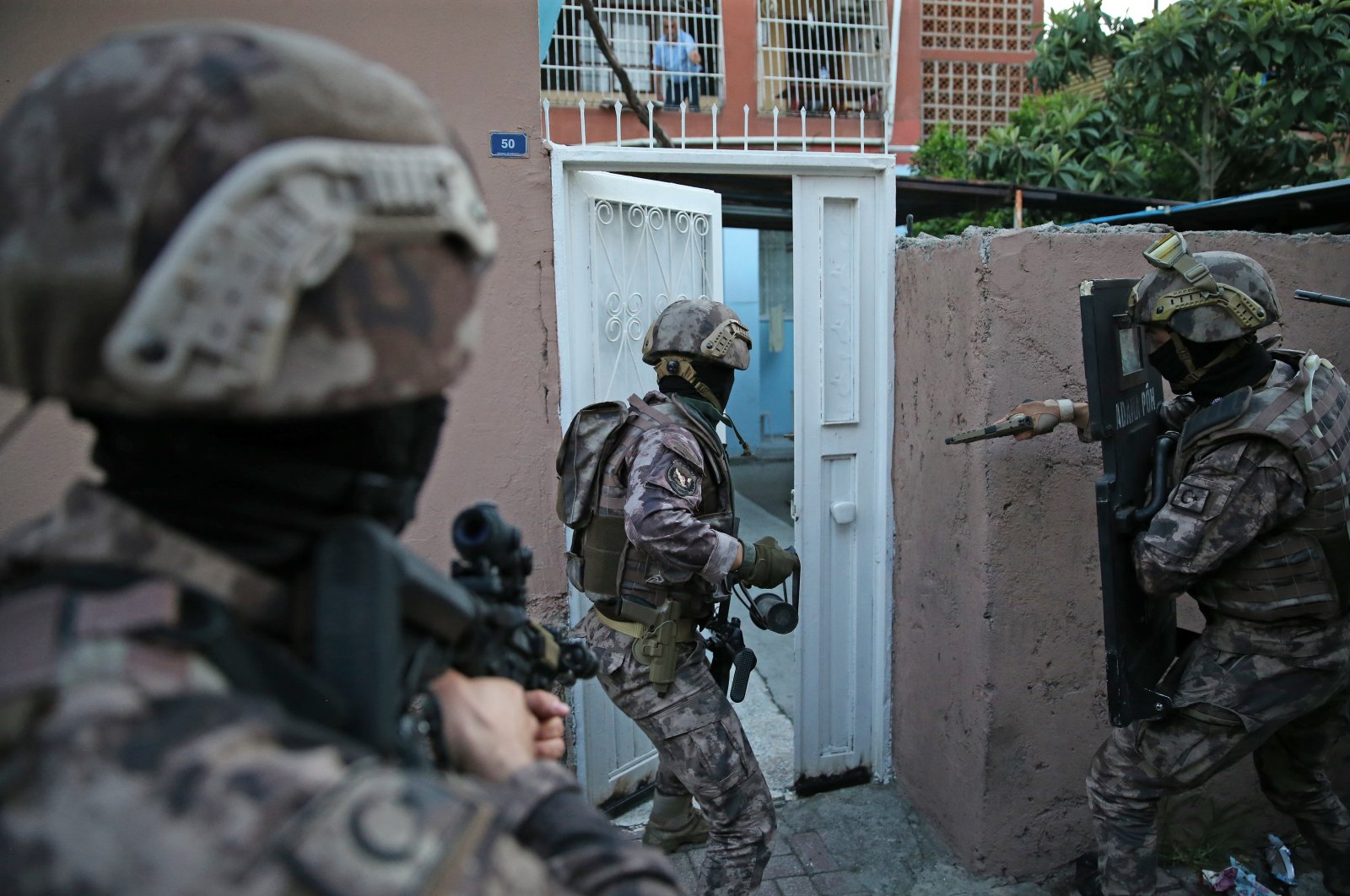 Acting on a tipoff, Istanbul Police's counterterrorism squads launched an operation to catch four Syrians, who had illegally entered Turkey and were planning a terrorist attack.

They were active with the terrorist group's Syrian branch, YPG/PYD, said the source, who asked not to be named due to restrictions on speaking to the media.

Police raided several addresses simultaneously in the Turkish metropolis to arrest the suspects.

Documents related to the terrorist group and digital materials were also seized during the operation.

In its more than 30-year terrorist campaign against Turkey, the PKK – listed as a terrorist organization by Turkey, the United States and the European Union – has been responsible for the deaths of over 40,000 people, including women, children and infants.