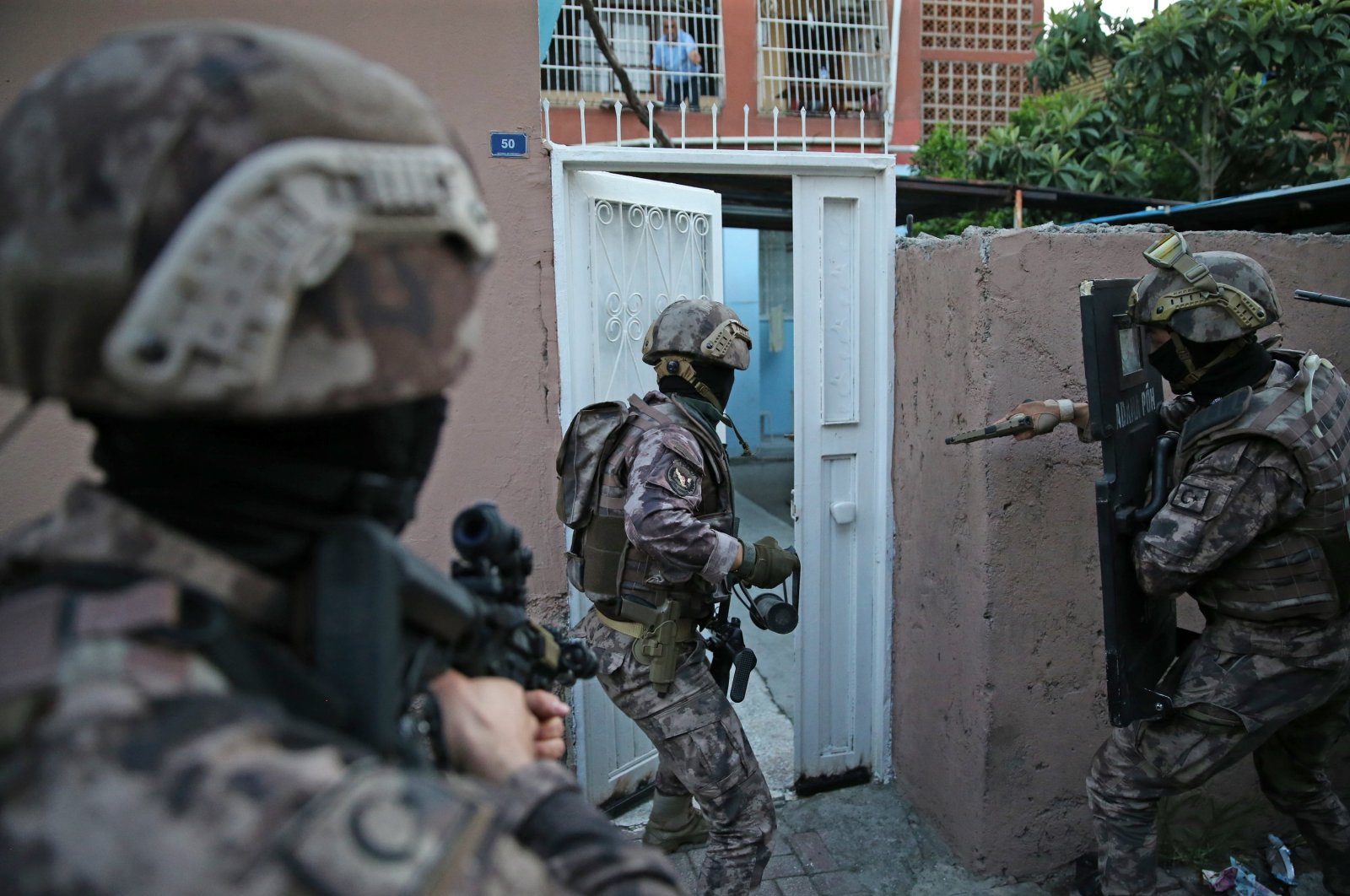 Turkish police detained a wanted PKK terrorist, known as the group’s “expert saboteur,” as he was attempting to carry out a suicide attack with an improvised explosive device in northern Turkey’s Amasya province, the governor's office in eastern Erzincan province said Thursday

Terrorist Ahmet Herdem, code-named “Baver-Çektar,” who was listed under the orange category of the Interior Ministry’s wanted list, was caught in the act in an operation coordinated by the intelligence unit of Erzincan Police Directorate, in cooperation with police units from Amasya and southeastern Şanlıurfa provinces.

The Interior Ministry's wanted list is divided into five color codes: red as the most wanted, followed by blue, green, orange and gray.

The suspect attempted to blow himself up as police caught him, the governor’s office said.

The detained terrorist was responsible for the PKK’s activities in rural areas of eastern Tunceli province and was behind several terrorist attacks. He also provided training for other PKK suicide bombers, the statement said.

Security forces found two fake identity documents on the 33-year-old terrorist when they detained him and confiscated weapons and ammunition buried in Erzincan province.

The terrorist was arrested on Sept. 18.