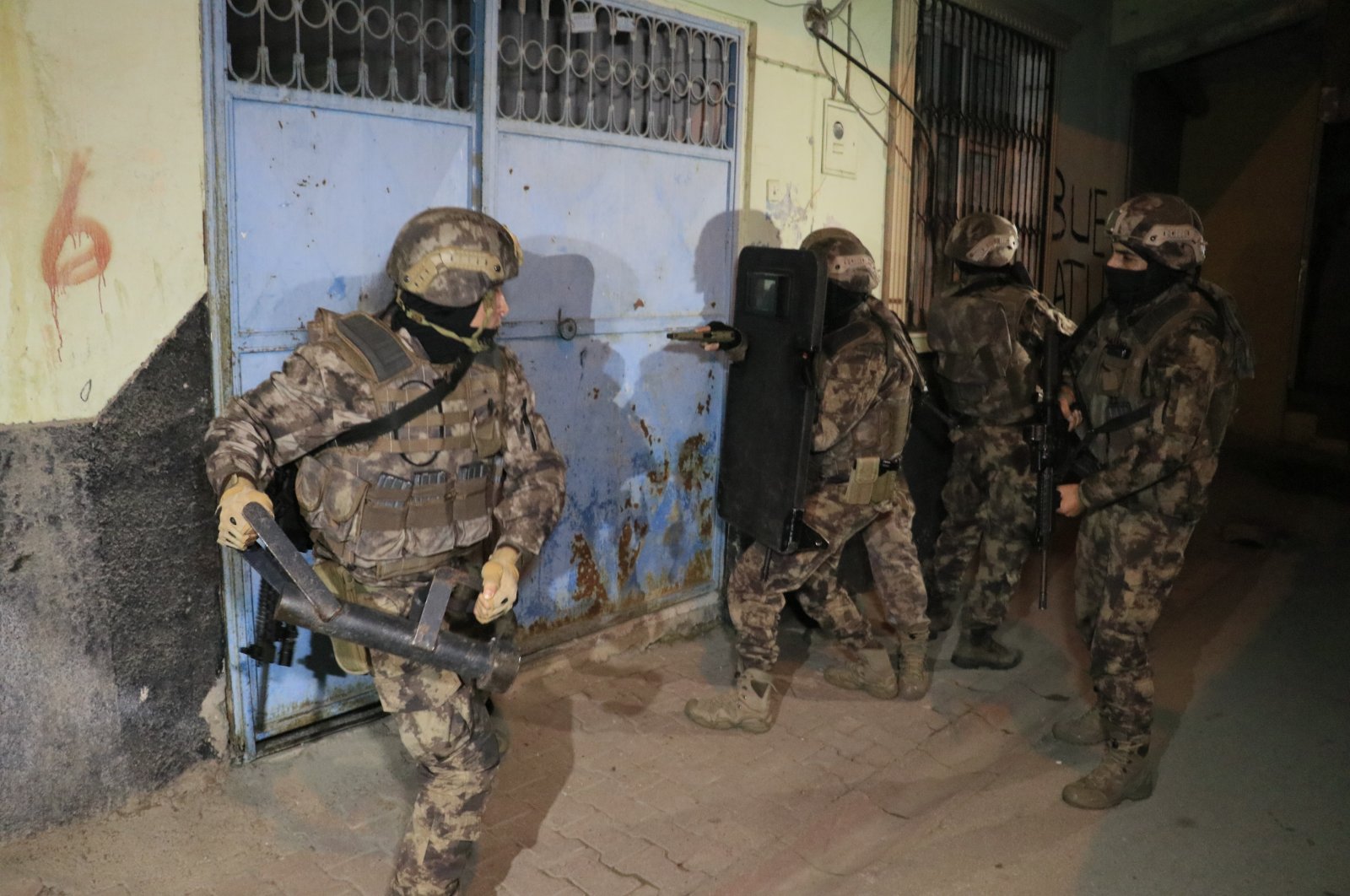 On Tuesday security forces detained a Daesh member in the southern province of Adana who was preparing a terror attack.

During the operation conducted on the house of the suspect, I.G., security forces also detained a Turkmen woman, Y.B., whose visa had expired. The 29-year-old woman was sent to the provincial Directorate General of Migration Management.

The detention of the Daesh member was part of an operation carried out on Monday on the houses of seven suspected Daesh members, during which four members were detained.

The detained suspects are still at the Adana police station as security forces continue to search for the missing suspects. The detainees are believed to have been preparing retaliatory attacks for the arrest of the organization's Turkey "emir" Mahmut Özden as well as countrywide operations against Daesh.

Özden, who was planning to carry out an attack on the Hagia Sophia Grand Mosque and target politicians, nongovernmental organization (NGO) heads and other prominent figures in Turkey, was detained in August.

Police deciphered the terrorist group's encrypted messages sent by the terrorist ringleaders in Syria and Iraq. The messages included a wide range of orders, including instructions to kidnap tourist groups, prosecutors and deputies as well as plots to attack Incirlik Air Base in Adana among other crimes.