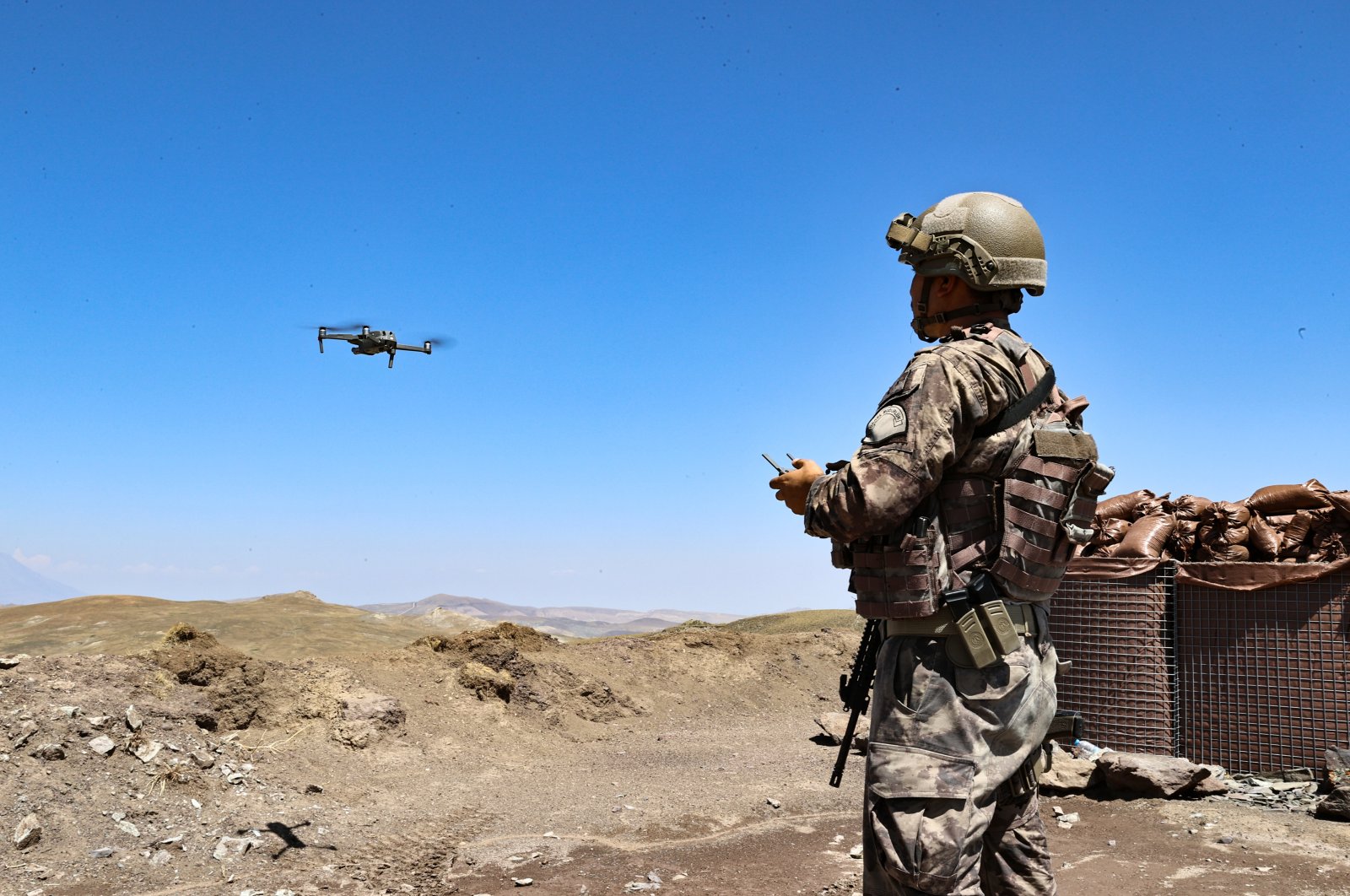 Turkish security forces have eliminated 22 terrorists in the past 24 hours in counterterrorism operations in both Syria and Iraq, Defense Minister Hulusi Akar stated Sunday.

Speaking during a visit to the Iranian border, Akar stated that 14 terrorists were killed trying to infiltrate the Operation Peace Spring area, which was liberated from terrorists.

The operation, conducted in line with the country's right to self-defense borne out of international law and United Nations Security Council resolutions, aimed to establish a terror-free safe zone for Syrians to return to the area east of the Euphrates, which was then controlled by the U.S.-backed YPG terrorists.

Akar further stated that the Turkish air force has eliminated six terrorists in northern Iraq’s Gara region, while another two were eliminated in Hakurk.

The minister underlined that Turkey’s fight against terrorism will continue until the last terrorist is eliminated and the Turkish public freed from the plague of terrorism.

Meanwhile, Turkey continues to battle terrorism within its borders. Turkish security forces have eliminated 137 members of the PKK and YPG throughout July with internal and cross-border counterterrorism operations.