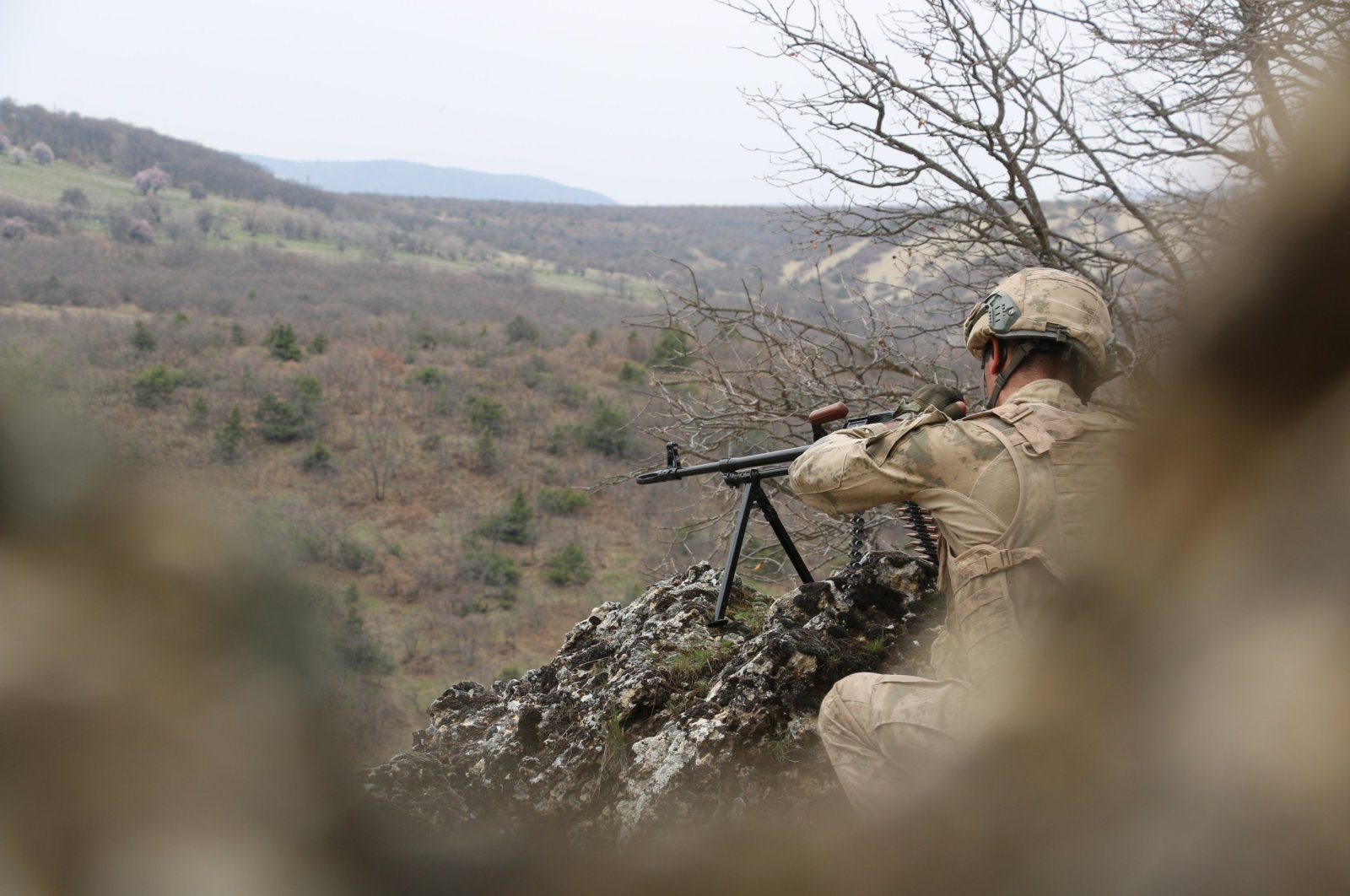 Turkish security forces have eliminated three terrorists of the PKK and its Syrian wing, the YPG, in counterterrorism operations in northern Syria and Iraq, the Defense Ministry announced Friday.

The ministry tweeted that two PKK terrorists in northern Iraq’s Gara were killed with airstrikes while a YPG terrorist was killed by commandos as the terrorist was attempting to infiltrate into the Operation Peace Spring area in Syria’s north.

The ministry further underlined that it will decisively continue to fight terrorists.

Furthermore, since 2016, Turkey has also launched a trio of successful counterterrorism operations across its border in northern Syria – Euphrates Shield in 2016, Olive Branch in 2018 and Peace Spring in 2019. These operations all aimed to prevent the formation of a terrorism corridor and to enable the peaceful settlement of residents.

Meanwhile, Turkey continues to battle terrorism within its borders. Turkish security forces have eliminated 137 members of the PKK and YPG, throughout July with internal and cross-border counterterrorism operations.

The Interior Ministry Thursday announced that nine terrorists, eight of whom are affiliated with the PKK terrorist group, were eliminated.

The ministry said three armed terrorists were killed in eastern Van province when the special police force conducted an operation in the Çaldıran district. In southeastern Diyarbakır province, a terrorist on the ministry's wanted list was killed. The terrorist was later identified as Süleyman Öztürk, codenamed "Cilo."

Meanwhile, in another operation, Turkey eliminated two more PKK members in eastern Hakkari province. The armed terrorists were killed within the scope of Operation Eren-14 in the countryside of Uluyol village of the Yüksekova district and with the support of the Turkish Air Force.

"One of the two terrorists, who was killed, was identified as Zana Kılıçoğlu, codenamed 'Vejin,'" who was on Turkey's wanted list, said the ministry.

Operation Eren, named after Eren Bülbül, 15, who was killed Aug. 11, 2017, by armed PKK terrorists, began in January to eliminate terrorism in Turkey.

In its more than 40-year terror campaign against Turkey, the PKK – listed as a terrorist organization by Turkey, the United States and European Union – has been responsible for the deaths of nearly 40,000 people, including women, children and infants.

According to the Interior Ministry’s figures, at least 115 terrorists have surrendered so far this year.