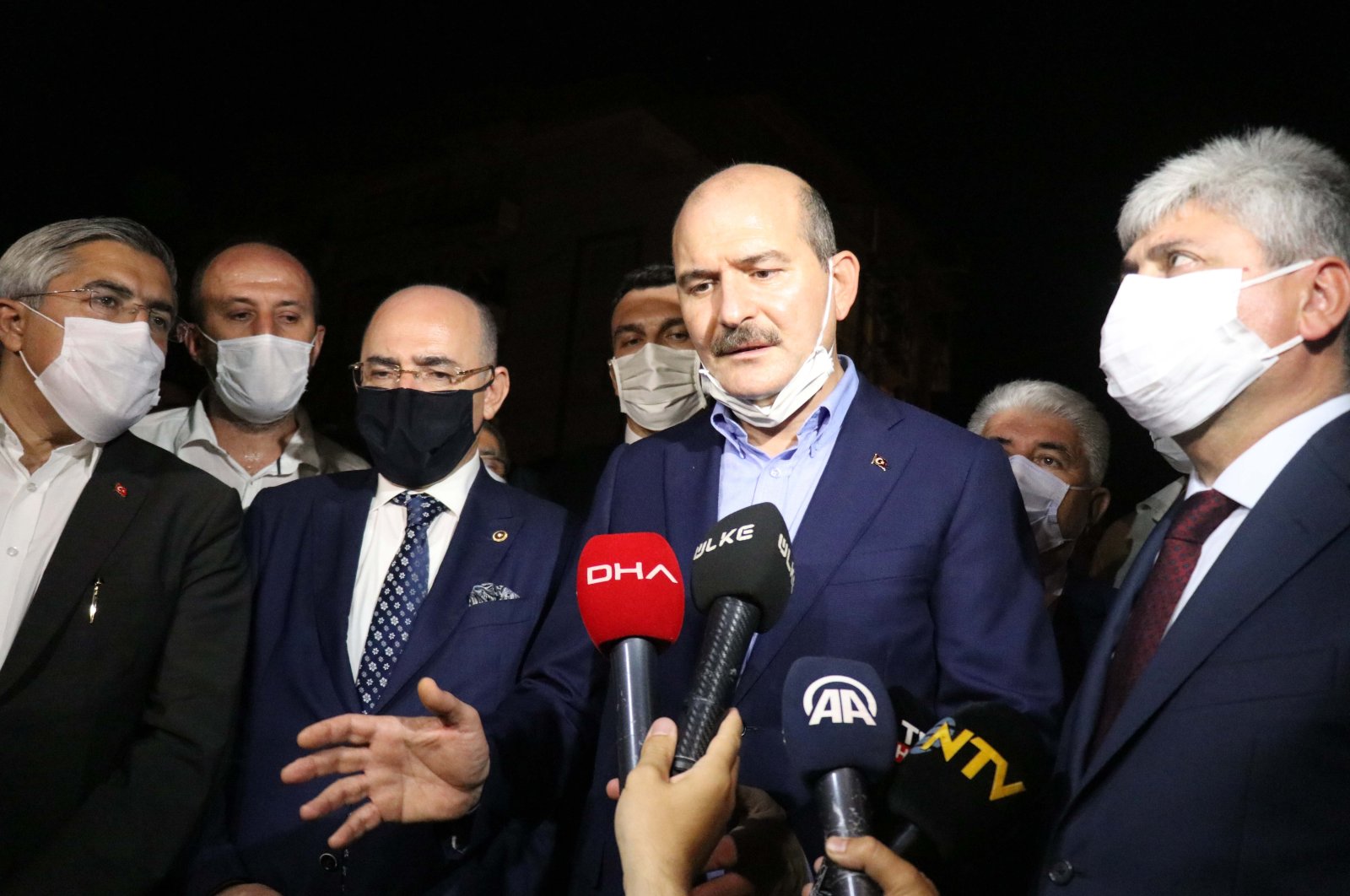 Interior Minister Süleyman Soylu said Sunday that there is a wide consensus that the PKK terrorist group is behind the recent fires that broke out in several districts in southern Turkey.

Speaking to reporters in the southern province of Hatay, Soylu said security forces are investigating links between the fires and the terrorist group.

“The terrorist group PKK has clearly been giving instructions to its militants and members who infiltrate cities to burn forests,” Soylu said, adding that security forces and authorities strive to take necessary precautions to prevent further blazes.

“Children of Fire,” a group linked to the terrorist group PKK, previously claimed responsibility for the fire, as is the case in almost all forest fires in the country regardless of the cause. The group was implicated by Turkish authorities in several earlier fires. However, the PKK is partly active in the Amanos (Nur) Mountains, stretching southward from the Taurus range in Kahramanmaraş to Osmaniye and Hatay provinces. To deny the terrorist group a safe passage route from war-torn Syria, Turkish security forces conduct regular operations in the region.

The fires began in several parts of Belen district Friday and the forest was still burning on Saturday in windy conditions as helicopters and rescuers sought to douse the flames. Some 20 homes were burnt in three districts over the course of 33 hours, according to officials.