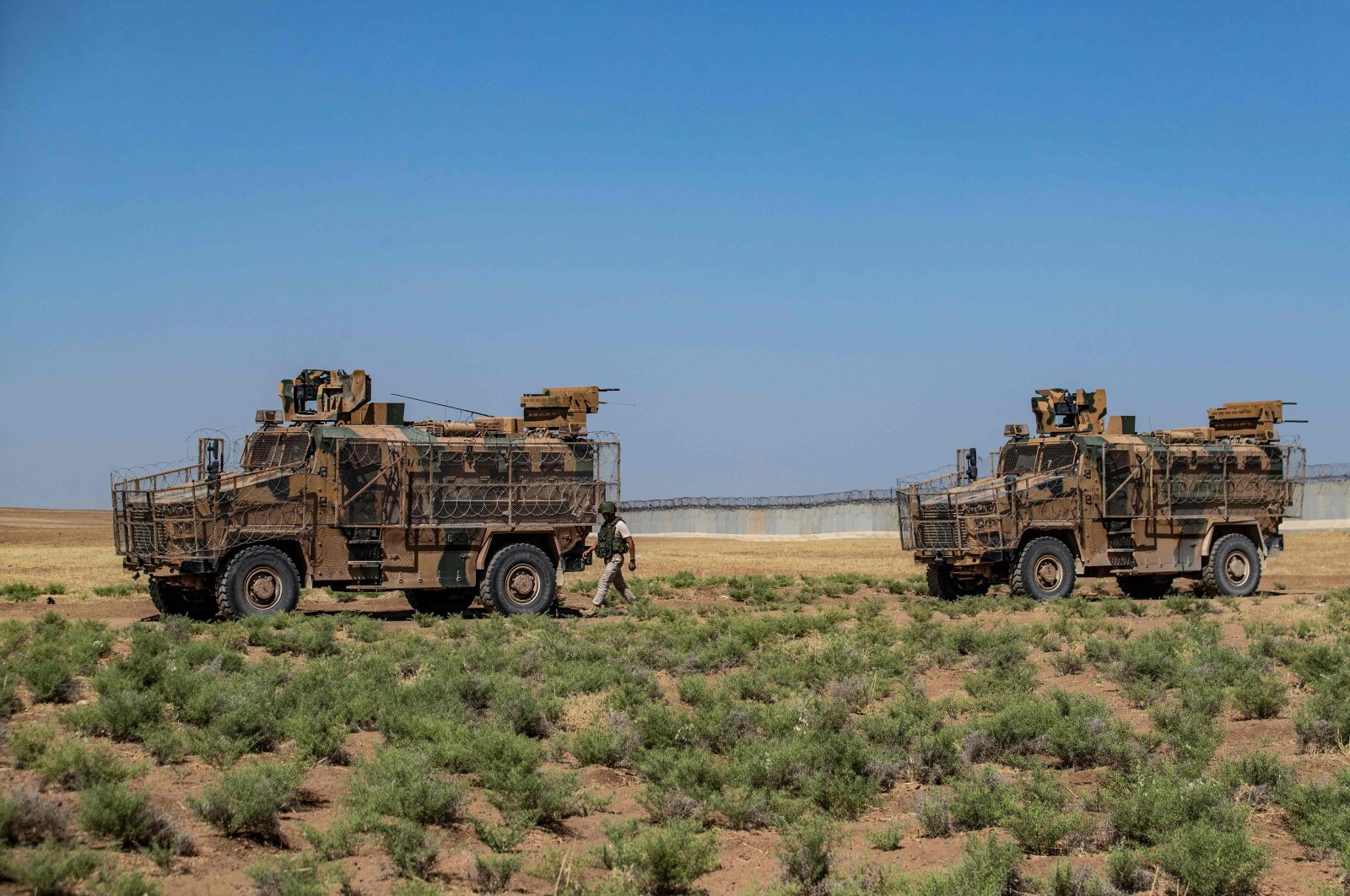 Turkish military vehicles are pictured during a joint patrol with Russian troops (unseen) in the countryside in Syria's northeastern Hassakeh province, on the border with Turkey, on July 14, 2021. (Photo by Delil SOULEIMAN / AFP)
by Anadolu Agency Jul 25, 2021 4:41 pm

In a Twitter post, the ministry said the terrorist positions in the Operation Euphrates Shield region were targeted and it was determined that at least seven terrorists were eliminated.

The operation continues in the region.

On Saturday, at least two Turkish soldiers were killed and just as many injured when terrorists attacked an armored vehicle carrying troops in northern Syria.