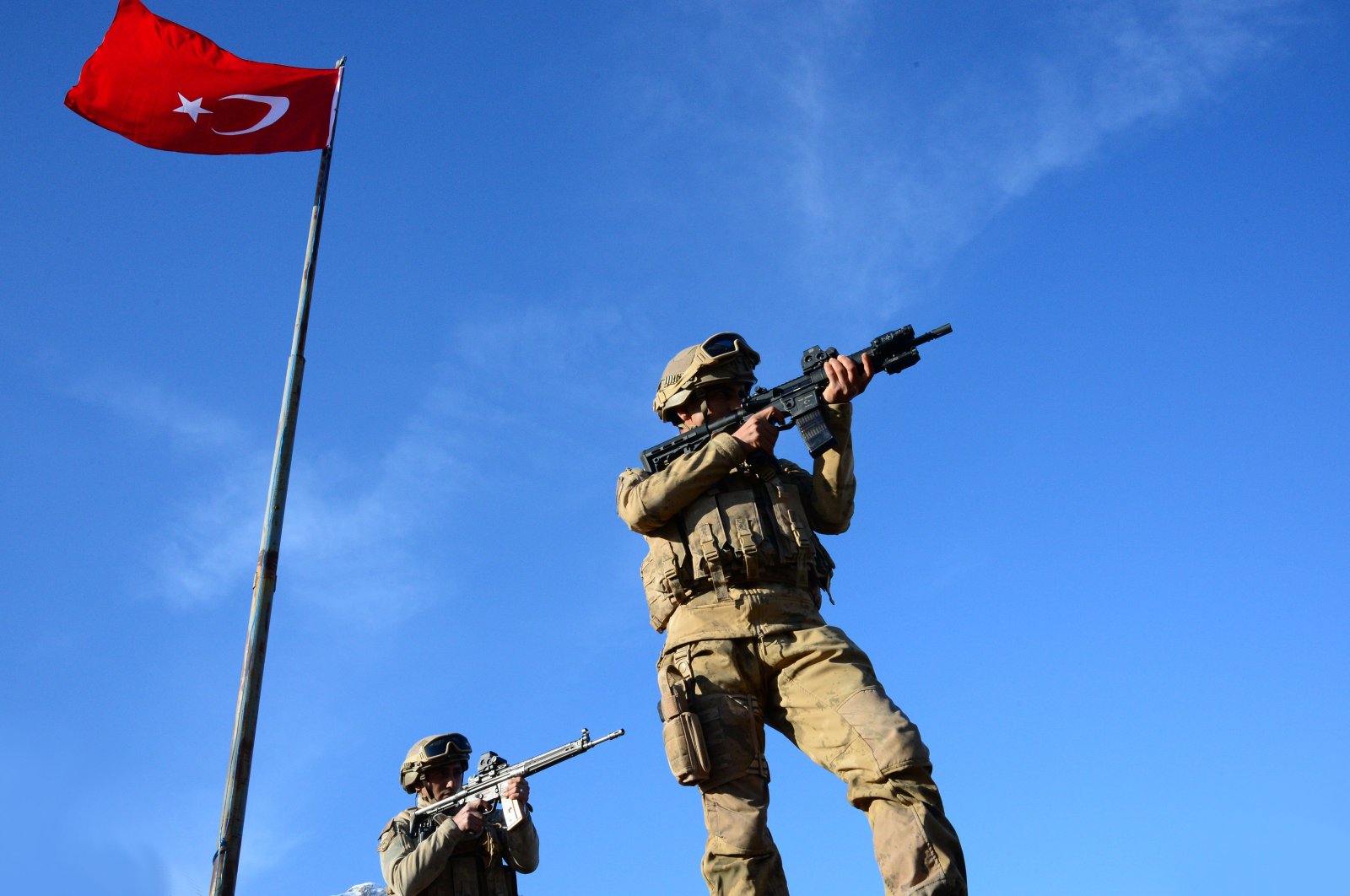 After Turkish security forces caught nine people trying to illegally cross into Syria and Greece, it was discovered that two of them were identified as terrorist suspects, the country's National Defense Ministry said Thursday.

"It was determined that one of those captured was a member of Daesh and another one a member of the FETÖ (Gülenist Terror Group) terrorist organization," the ministry said on Twitter.

"Our struggle against illegal crossings through our borders continues," the statement added.

FETÖ and its U.S.-based leader Fetullah Gülen orchestrated the defeated coup of July 15, 2016, which left 251 people killed and 2,734 injured. FETÖ was also behind a long-running campaign to overthrow the state through the infiltration of Turkish institutions, particularly the military, police and judiciary. FETÖ fugitives have been known to flee to Greece, and Turkey has criticized Athens' failure to extradite them to face justice.

In 2013, Turkey became one of the first countries to declare Daesh a terrorist group. The country has since been attacked by the terrorist group multiple times, with over 300 people killed and hundreds more injured in at least 10 suicide bombings, seven bomb attacks and four armed assaults. In response, Turkey launched anti-terror operations at home and abroad to prevent further attacks.