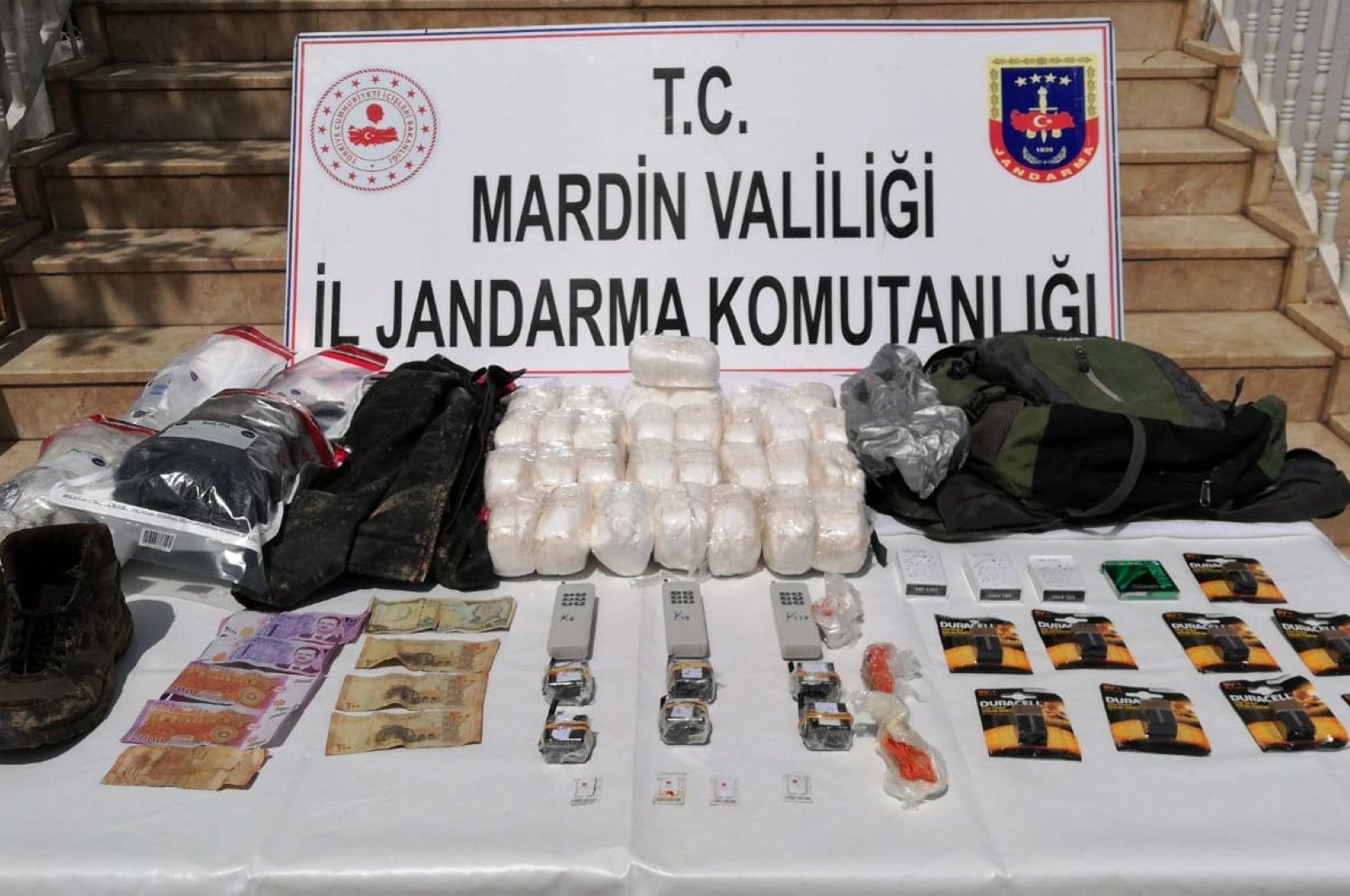 Explosives and other materials belonging to YPG/PKK terrorists confiscated by gendarmerie units in Mardin on Saturday, April 11, 2020 (IHA Photo)
by daily sabah Apr 12, 2020 10:54 am
Edited By Nurbanu Tanrıkulu Kızıl
RECOMMENDED

Turkish security forces thwarted a YPG/PKK terrorist attack in a joint operation with the National Intelligence Organization (MİT) in southeastern Turkey, reports said Saturday.
The Armed Forces and Gendarmerie Command squads in Mardin province launched technical and physical surveillance upon receiving intelligence from MİT, who warned that five YPG/PKK terrorists would cross the border from Syria to carry out a bomb attack, according to Mardin Governor’s Office.

The security forces intercepted the YPG/PKK terrorists as they were trying to unlawfully cross the border from Şenyurt neighborhood in Kızıltepe district near the Syrian border.

Security forces continue to carry out counterterrorism operations in the area to ensure security, the governor’s statement said.

Turkish security forces regularly conduct counterterrorism operations in the eastern and southeastern provinces of Turkey where the PKK has attempted to establish a strong presence and bases.
The Turkish Armed Forces (TSK) also carries out cross-border operations in northern Iraq, a region where PKK terrorists have hideouts and bases from which to carry out attacks in Turkey, with particular attention paid to targeting high-level terrorists.