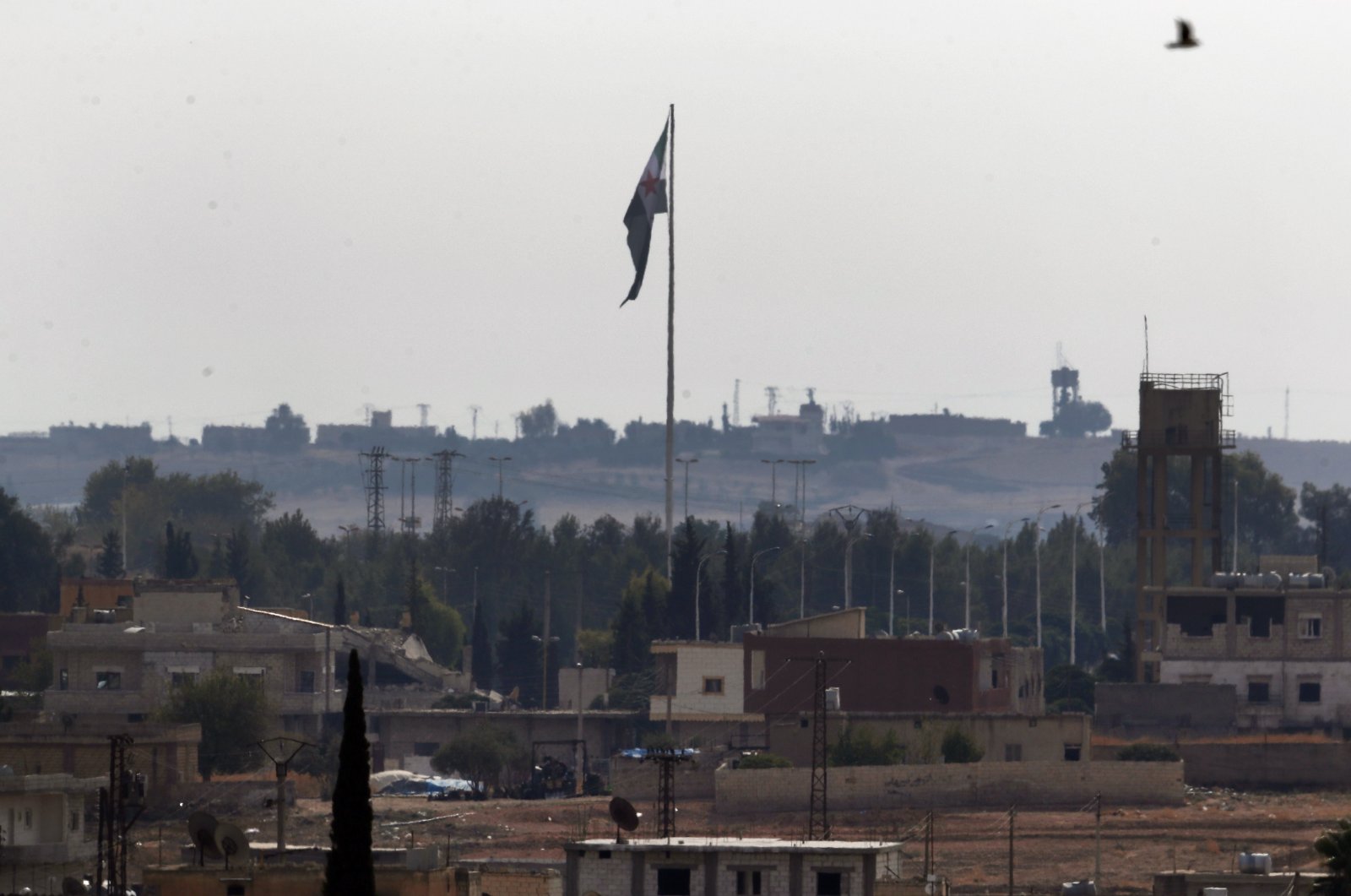 Photo taken from the Turkish side of the border between Turkey and Syria, in Akçakale, Şanlıurfa province, southeastern Turkey, shows the Syrian opposition flag flying on a pole in Tal Abyad, Syria, Oct. 22, 2019. (AP File Photo)
by DAILY SABAH WITH AA Nov 24, 2021 9:11 am

A Turkish soldier succumbed to his wounds after being injured in an accident in northern Syria, the Defense Ministry said Tuesday.

Maj. Mete Yıldırım was immediately hospitalized after being injured in an accident involving a firearm in the Operation Peace Spring zone but he died despite efforts of the medical staff, said a ministry statement.

It extended condolences to Yıldırım's family and the Turkish nation.

His funeral is expected to take place in his hometown Ankara on Tuesday.

Since 2016, Ankara has launched a trio of successful counterterrorism operations across its border in northern Syria to prevent the formation of a terror corridor and enable the peaceful settlement of residents: Euphrates Shield (2016), Olive Branch (2018) and Peace Spring (2019).