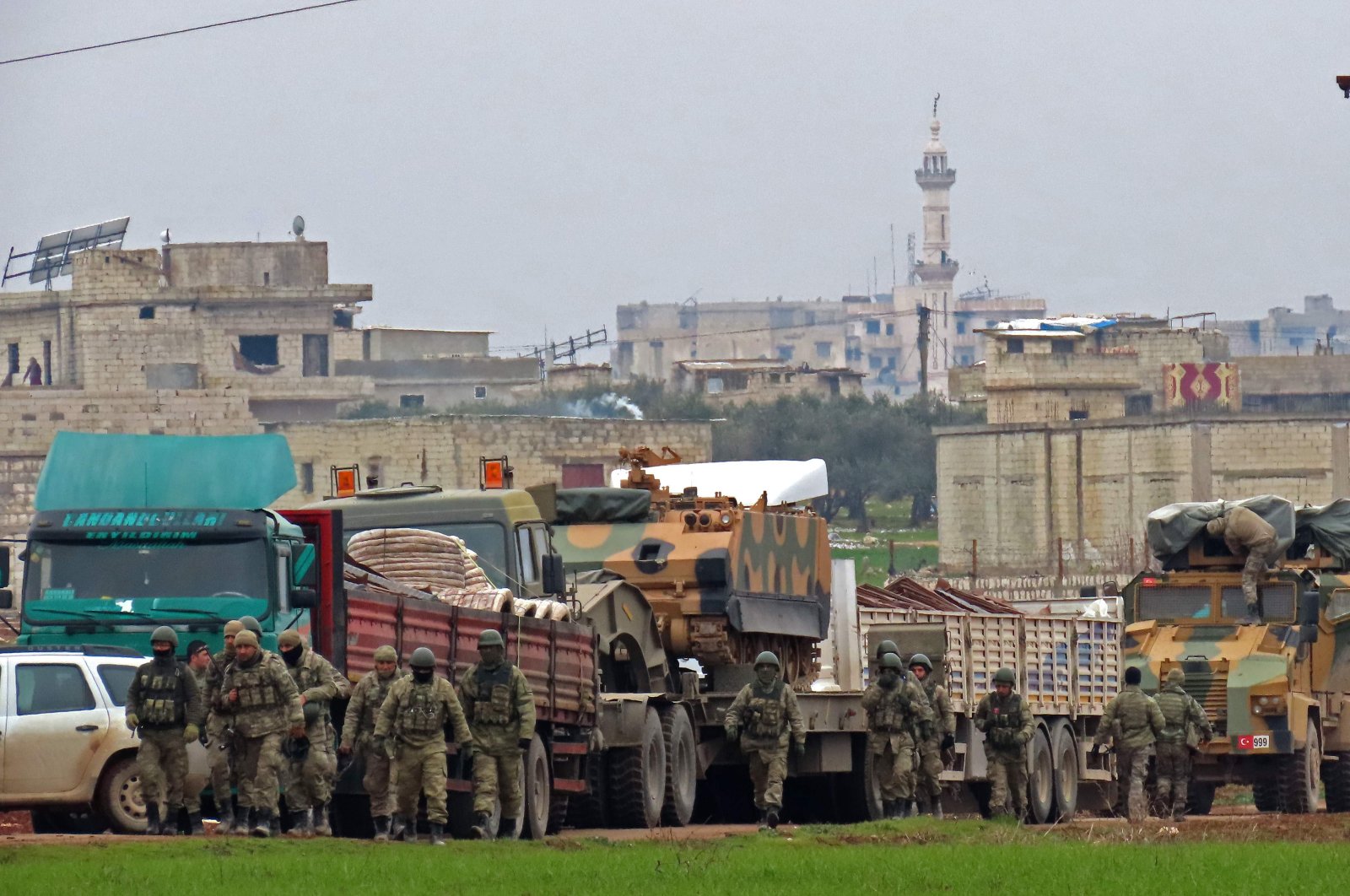 Turkish military vehicles are pictured in the town of Binnish in Syria’s northwestern province of Idlib, near the Syria-Turkey border on Feb. 12, 2020. (AFP Photo)
by DAILY SABAH Mar 05, 2020 4:03 pm
Edited By Sinan Öztürk

A Turkish soldier was killed in an attack in the de-escalation zone in Syria's Idlib, Gaziantep Governorate said Thursday.

"Pvt. Enes Kaya has been martyred as a result of an attack in the Idlib de-escalation zone," a statement by the governorate said.

The statement noted that the fallen soldier's body has been brought to Gaziantep for the funeral ceremony.

The incident has brought the toll of Turkish soldiers killed in northwestern Syria since January to 60.

Turkish forces neutralized 3,136 regime elements in Syria since the start of the operation in the northwestern Idlib region, the Defense Ministry said in a separate statement Wednesday.

On March 1, Turkey launched Operation Spring Shield in northwestern Syria after at least 34 Turkish soldiers were killed in a Syrian regime airstrike in Idlib late February.

The regime and its allies have consistently broken the terms of the 2018 cease-fire and a new one that started on Jan. 12, launching frequent attacks inside the territory. This has resulted in casualties, as well as a recent influx of irregular migrants along the border of Turkey, which already hosts over 3.7 million Syrians.