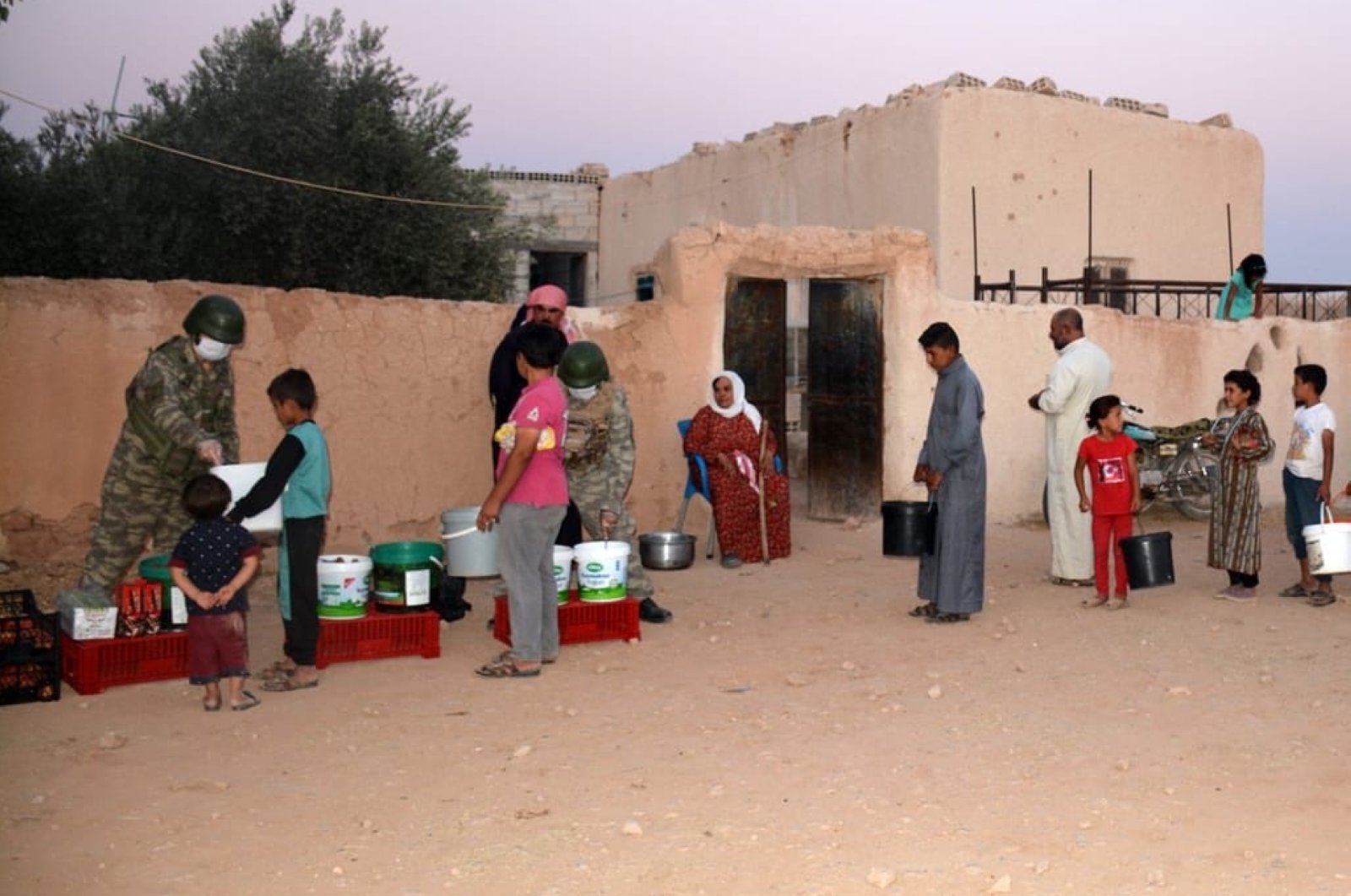 "Our heroic soldiers, who work day and night for peace and tranquility and protect our Syrian brothers in the Peace Spring area from the persecution of the terrorist organization YPG/PKK, continue to share their meals with our Syrian brothers," the ministry said on Twitter.

Turkey launched Operation Peace Spring on Oct. 9 to eliminate terrorists from northern Syria east of the Euphrates River in an effort secure Turkey's borders, aid in the safe return of Syrian refugees and ensure Syria's territorial integrity. Operation Peace Spring was the third in a series of cross-border anti-terror operations in northern Syria targeting terrorists affiliated with Daesh and the PKK’s Syrian branch YPG.

The ministry said in a statement that the terrorists were arrested in the Operation Euphrates Shield zone, where Turkey carried out a counterterrorism operation.

In its more than 40-year terror campaign against Turkey, the PKK – listed as a terrorist organization by Turkey, the United States and European Union –has been responsible for the deaths of 40,000 people, including women, children and infants. The YPG is PKK's Syrian offshoot.