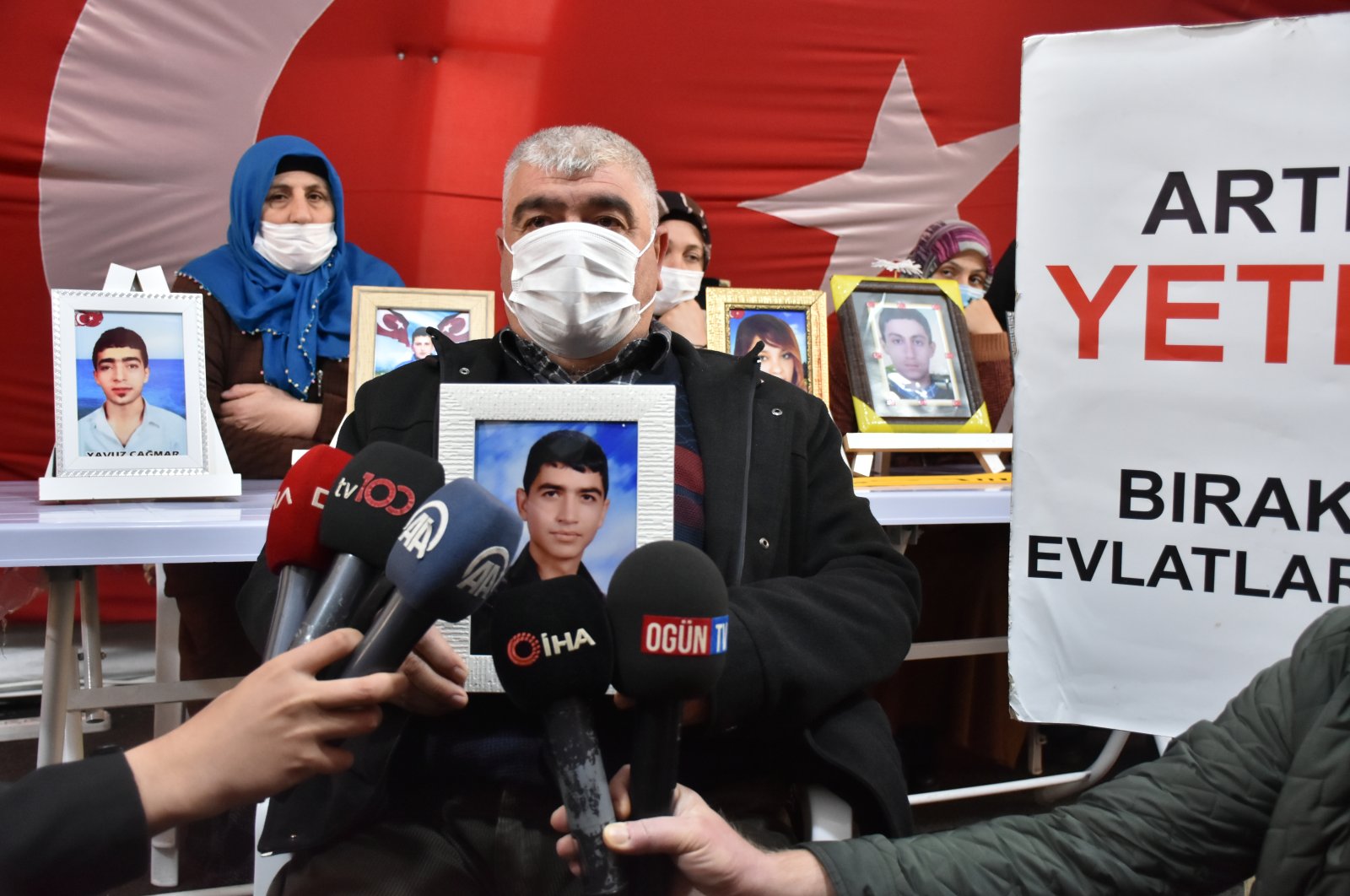 Medeni Alphan, father of Eyüp Alphan who was abducted by PKK terrorists, continues his protests in the tent set up outside the HDP's Diyarbakır office, Feb. 22, 2021 (AA Photo)
by DAILY SABAH Feb 22, 2021 7:47 pm
RECOMMENDED

Two more families on Friday joined the sit-in protest against PKK in southeastern Turkey’s Diyarbakır province, calling upon the terrorist group to release their abducted children.

Families of children kidnapped by the terrorist group in a display of their sorrow have been protesting for over a year in front of the Diyarbakır headquarters of the pro-PKK Peoples’ Democratic Party (HDP). Families raised their voices, calling on their children to disarm themselves and surrender to the security forces.

The monthslong sit-in protest began on Sept. 3, 2019, when three mothers complained that their children had been abducted and forcefully recruited by the PKK terror group. These mothers have been sitting outside the HDP headquarters, demanding that their children are freed, as the government accuses HDP of having ties with PKK terrorists

Nihal Çiftçi, a mother from the eastern Hakkari province, also joined the protest, hoping to be reunited with her son Emircan, who was abducted by the PKK nine years ago when he was only 14 years old.

“I could not be able to sleep until the morning. I could not get inside in winter days because my son was out in the cold,” she said.

Underscoring that HDP is to blame for the kidnapping of her son, she pledged to continue her protest until she reunites with her son.

She also debunked the announcement made by the PKK that her son was killed in 2018, saying that DNA test results showed the opposite and that the individual killed was not her child.

Ibrahim Ereğli, also from the eastern part of the Van region, joined the protest for his son Nevzat, who was forcibly recruited by the PKK terror group seven years ago.

“I will not leave this place before my son comes back. I want my son back from the HDP. Let my son surrender to the state,” Ereğli said.

The PKK is recognized as a terrorist organization by Turkey, the U.S. and the EU, and has been responsible for the deaths of 40,000 people since it was founded.