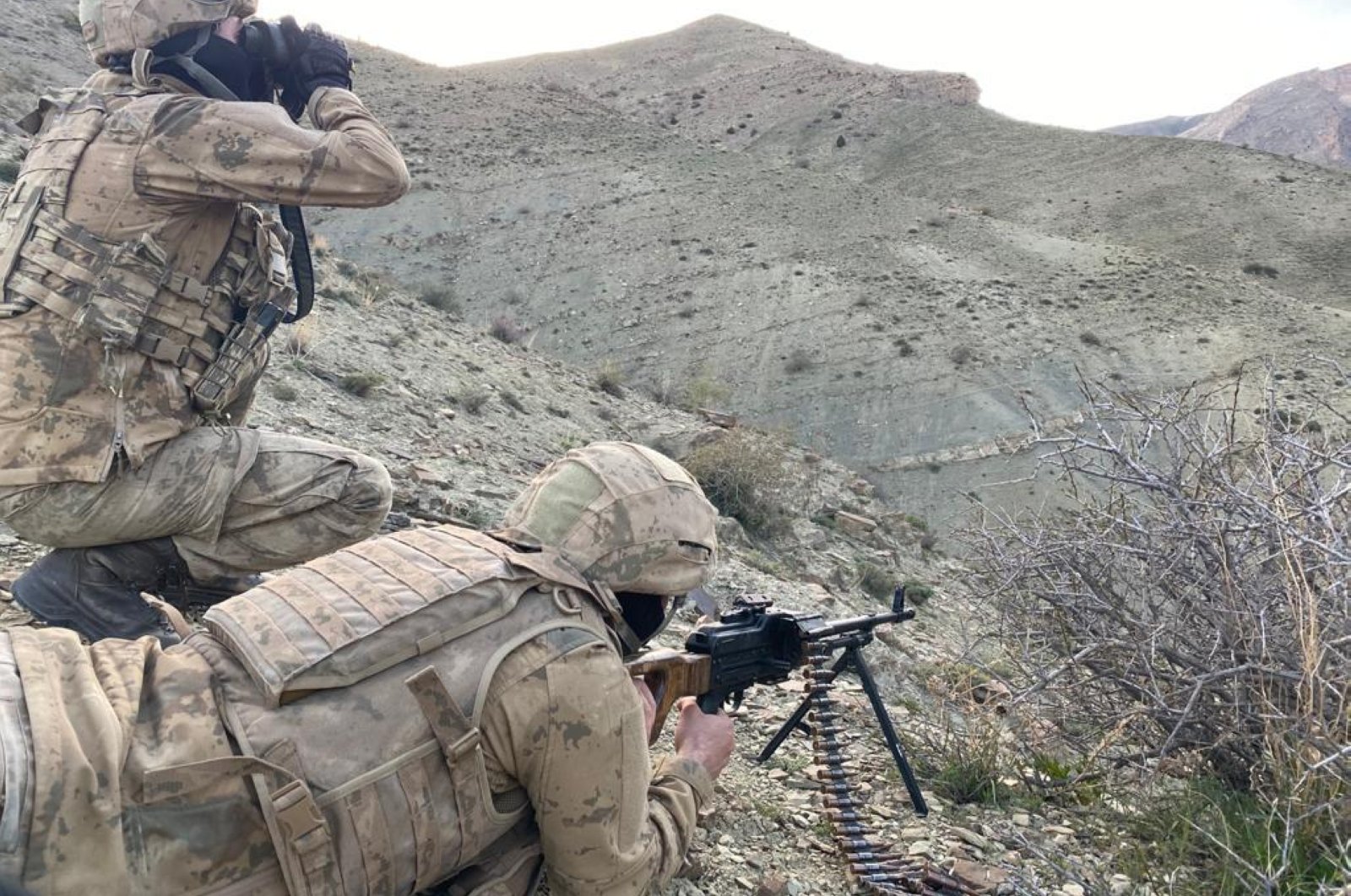 Turkish security forces have been carrying out a series of successful counterterrorism operations in eastern parts of the country against the PKK terrorists. (DHA)
by Anadolu Agency May 13, 2020 5:34 pm

In a statement, the ministry said the provincial gendarmerie forces captured a senior YPG/PKK terrorist alive in an operation in Lice district's Sağgöze countryside.

The terrorist, identified only by the initials T. K. and codename Heba Rodi, was in the orange category of the Interior Ministry's wanted terrorist list and had a TL 1 million ($143,365) bounty on his head.

The other terrorist was killed and anti-terror operations in the region continued, the statement added.

In its more than 40-year terror campaign against Turkey, the PKK, listed as a terrorist organization by Turkey, the U.S. and the European Union, has been responsible for the deaths of nearly 40,000 people, including many women, children and infants.