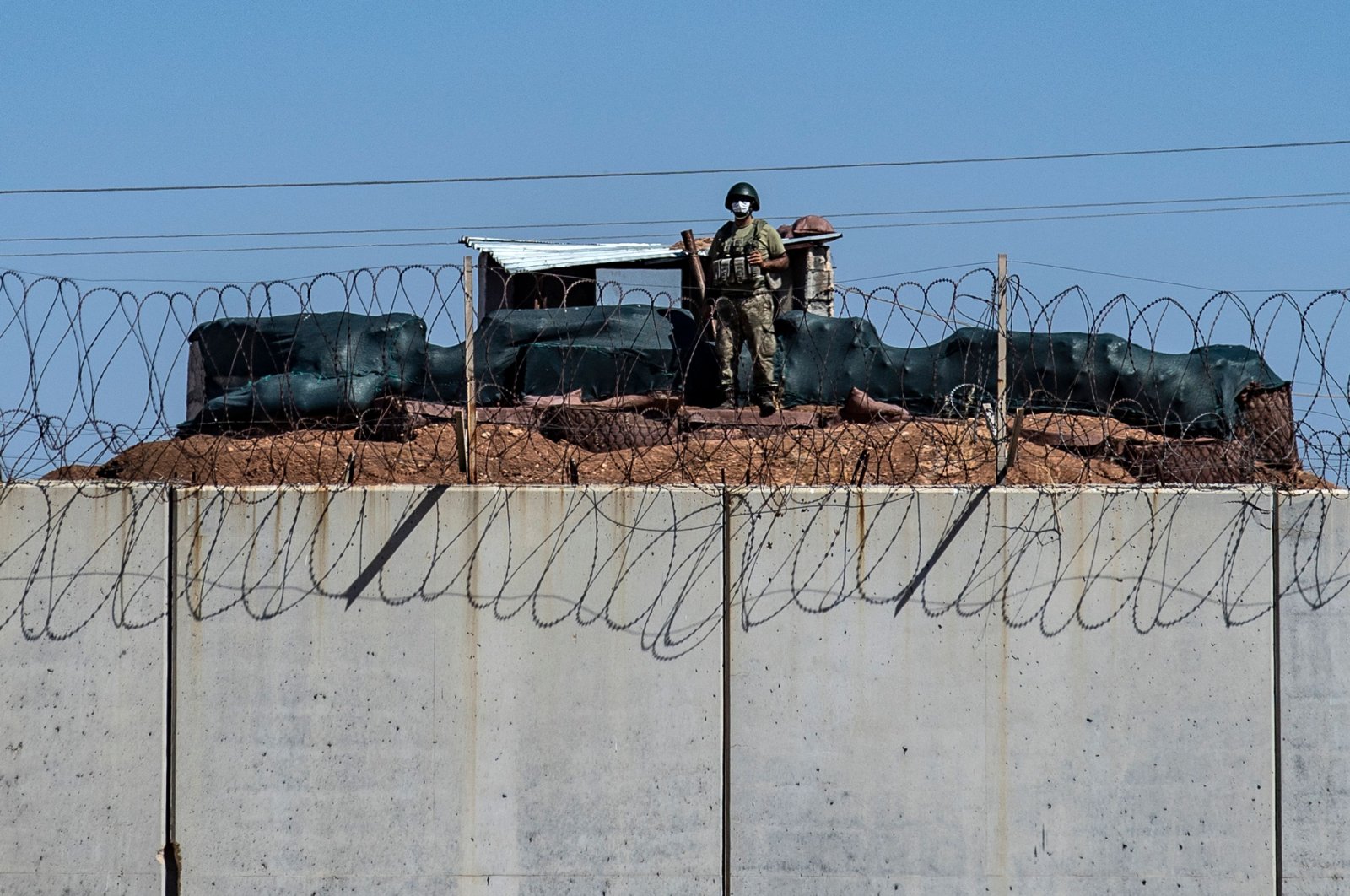 A Turkish soldier stands behind the borderline with Syria, during a joint Turkish and Russian patrol of military vehicles (unseen) in the countryside of the town of Derbassiye in northeastern Hassakeh province, Syria, on the border with Turkey, on July 14, 2021. (AFP Photo)
by DAILY SABAH WITH AA Jul 26, 2021 4:02 pm

The U.K. on Monday condemned a terrorist attack on Turkish soldiers in northern Syria that left two dead.

"The UK condemns the attack on Turkish military in northern #Syria. Turkey is a close friend & a NATO ally & we call on all parties to uphold the ceasefire + international law," Jonathan Hargreaves, U.K. special representative for Syria, said on Twitter.

"The recent escalation in violence across northern Syria must end. A political solution is urgently needed," he added.