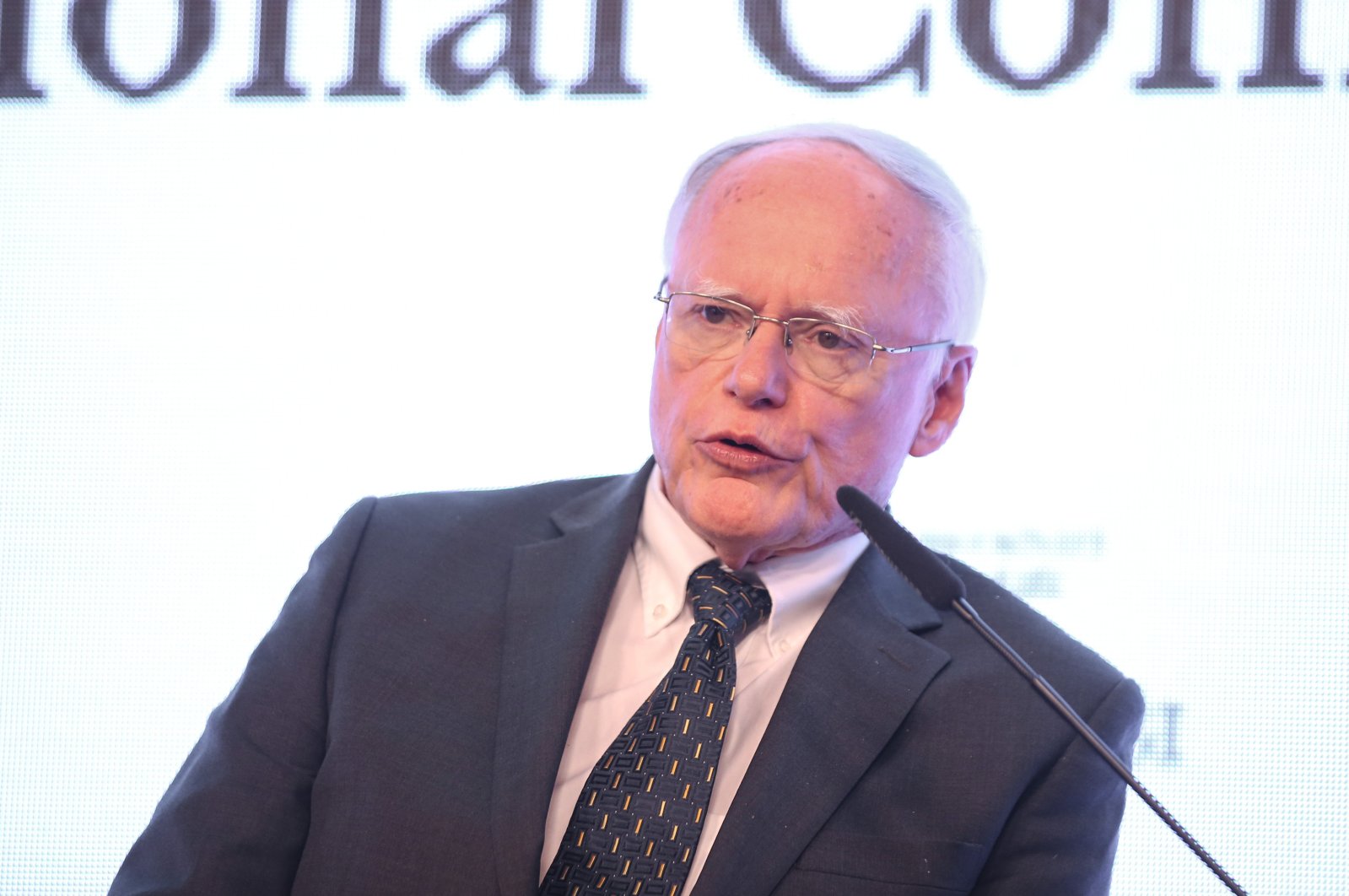 U.S. President Donald Trump's special envoy for the Syrian conflict will discuss ways to assist Turkey's "security concerns" and the Idlib crisis during an upcoming trip to the NATO headquarters, the State Department said Monday.

After arriving in the Belgian capital Brussels, James Jeffrey "will visit NATO where he will meet with Allies on the crisis in Idlib and discuss its implications for NATO and ways to support Turkey's security concerns," the department said in a statement.

Jeffrey will also meet with senior EU officials "to discuss and seek assistance for the dire humanitarian situation in Syria, particularly in Idlib, and to press for the implementation of" the U.N. roadmap for a political settlement to the Syrian conflict, the department added.

The U.S. is discussing with its NATO allies what they can offer Turkey in terms of military assistance in Idlib and discussing measures that may be taken if Russia and the Assad regime break the cease-fire, Jeffrey said.

"We are looking at what NATO can do," James Jeffrey, the U.S.' special envoy for Syria, told reporters in a conference call from Brussels where he was holding talks with allies. "Everything is on table."

Jeffrey, who was speaking alongside the U.S. ambassador to Turkey David Satterfield, ruled out the use of ground troops should the cease-fire be broken and repeated that Ankara needed to clarify its stance on purchase of the Russian S400 Air Defence System.

In recent weeks, Syrian regime forces stepped up attacks on Turkish troops in Idlib province amid their offensive on the region. The Turkish soldiers were working to protect local civilians under a 2018 deal with Russia under which acts of aggression are prohibited in the region.

Ankara launched Operation Spring Shield on Feb. 27 after at least 34 Turkish soldiers were killed in Idlib.

Last week, President Recep Tayyip Erdoğan and his Russian counterpart President Vladimir Putin agreed to a new cease-fire for Idlib effective as of midnight on March 5.

Since the start of the Syrian conflict in 2011, hundreds of thousands of people have been killed and more than 10 million others displaced, according to U.N. officials.