US expresses solidarity with Turkey against PKK terrorism 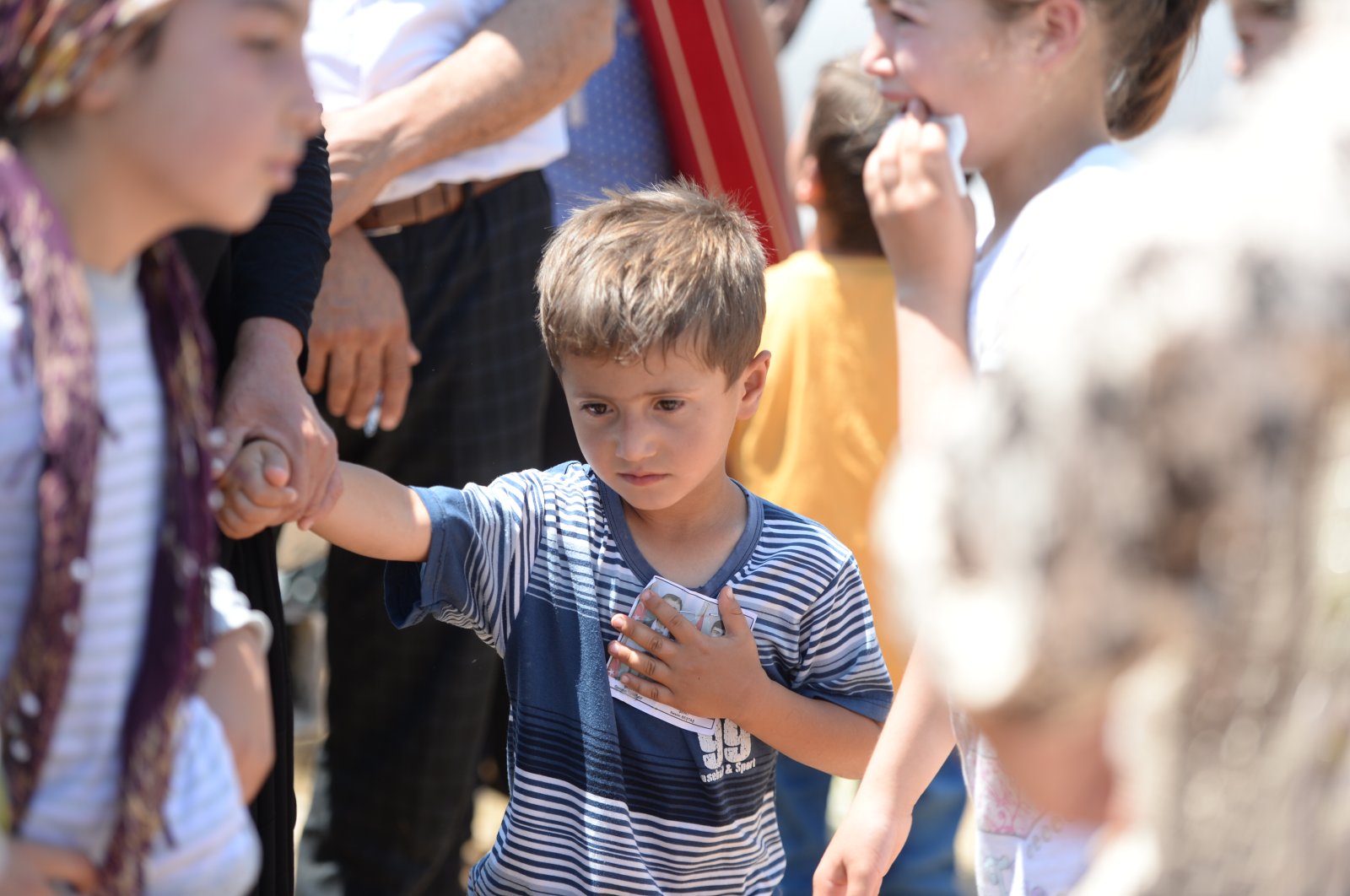 4-years-old child of Hacı Atilla, one of the four victims of the Wednesday's PKK terrorist attack took place in Şırnak, holds the picture of his father during Atilla's funeral, June 18, 2020. (AA)
by DAILY SABAH Jun 18, 2020 5:56 pm
RECOMMENDED

The U.S. embassy in Ankara has expressed solidarity with Turkey against PKK terrorism and offered condolences for the victims of a recent terrorist attack in the southeastern province of Şırnak.

In a statement released Thursday, the embassy said: "We strongly condemn yesterday's PKK terror attack on civilians in Şırnak and offer our condolences to the families of those who lost their lives." The statement was shared on the embassy's official Twitter account.

Earlier Wednesday, four civilians were killed when a roadside bomb, planted by PKK terrorists, hit a truck carrying workers and fuel in Şırnak.

"We once again reiterate our support to our NATO ally Turkey in the fight against terrorism," the statement continued.

The explosion took place in the Kürtik Tepe area in the City's Silopi district at 6:35 p.m. local time.

The vehicle was carrying workers and fuel to a road construction site between the towns of Görümlü and Mount Judi, Şırnak governor’s office said in a statement.

All four people aboard the vehicle were killed in the explosion, the statement said, adding that an investigation has been launched.

The deceased workers were identified as Emin Eroğlu, Hacı Atilla, Nesim Bestaş and Osman Tuncay. Their bodies were sent to Şırnak State Hospital for an autopsy and will later be buried in the Güçlükonak district.

In its more than 40-year terror campaign against Turkey, the PKK – listed as a terrorist organization by Turkey, the U.S. and the European Union – has been responsible for the deaths of nearly 40,000 people, including many women and children.