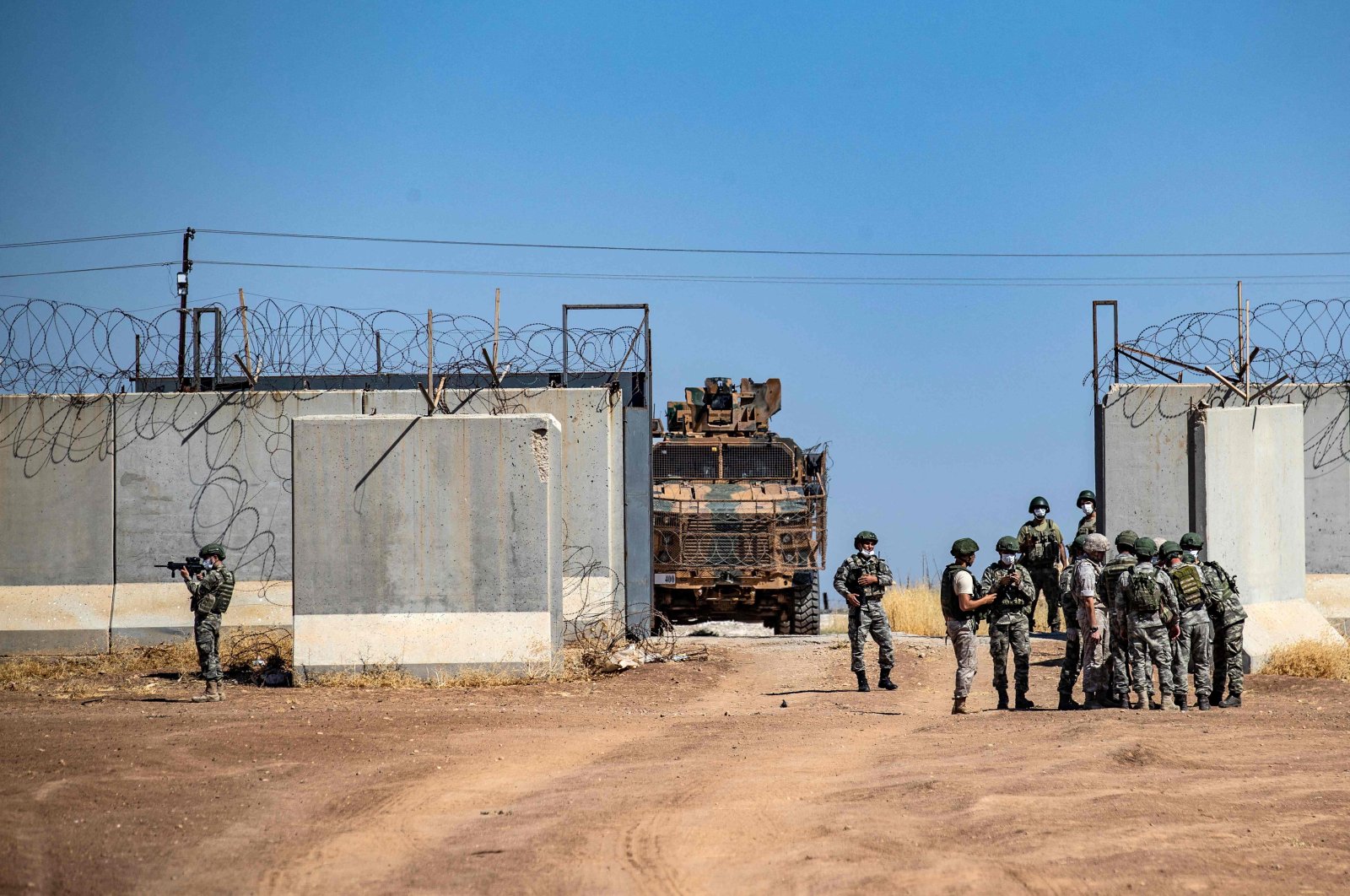 Russian and Turkish soldiers gather as Turkish military vehicles enter Syria to take part in a joint patrol with the Russians, in the countryside of the town of Derbassiye in Syria's northeastern Hassakeh province, on the border with Turkey, on July 14, 2021. (AFP Photo)
by DAILY SABAH Jul 27, 2021 8:46 am

The United States on Monday offered Turkey condolences for the two soldiers that were killed in a terrorist attack in northern Syria.

"We are saddened by the news of the attack on Turkish troops near Al-Bab," the U.S. embassy in Ankara said on its official Twitter account.

While offering its condolences to the families of the two soldiers, the embassy wished a speedy recovery to the wounded soldiers.

In its more than 35-year terror campaign against Turkey, the PKK has been responsible for the deaths of at least 40,000 people, including women, children and infants.