US partnered with YPG/PKK terrorists in Syria, ex-CIA official admits 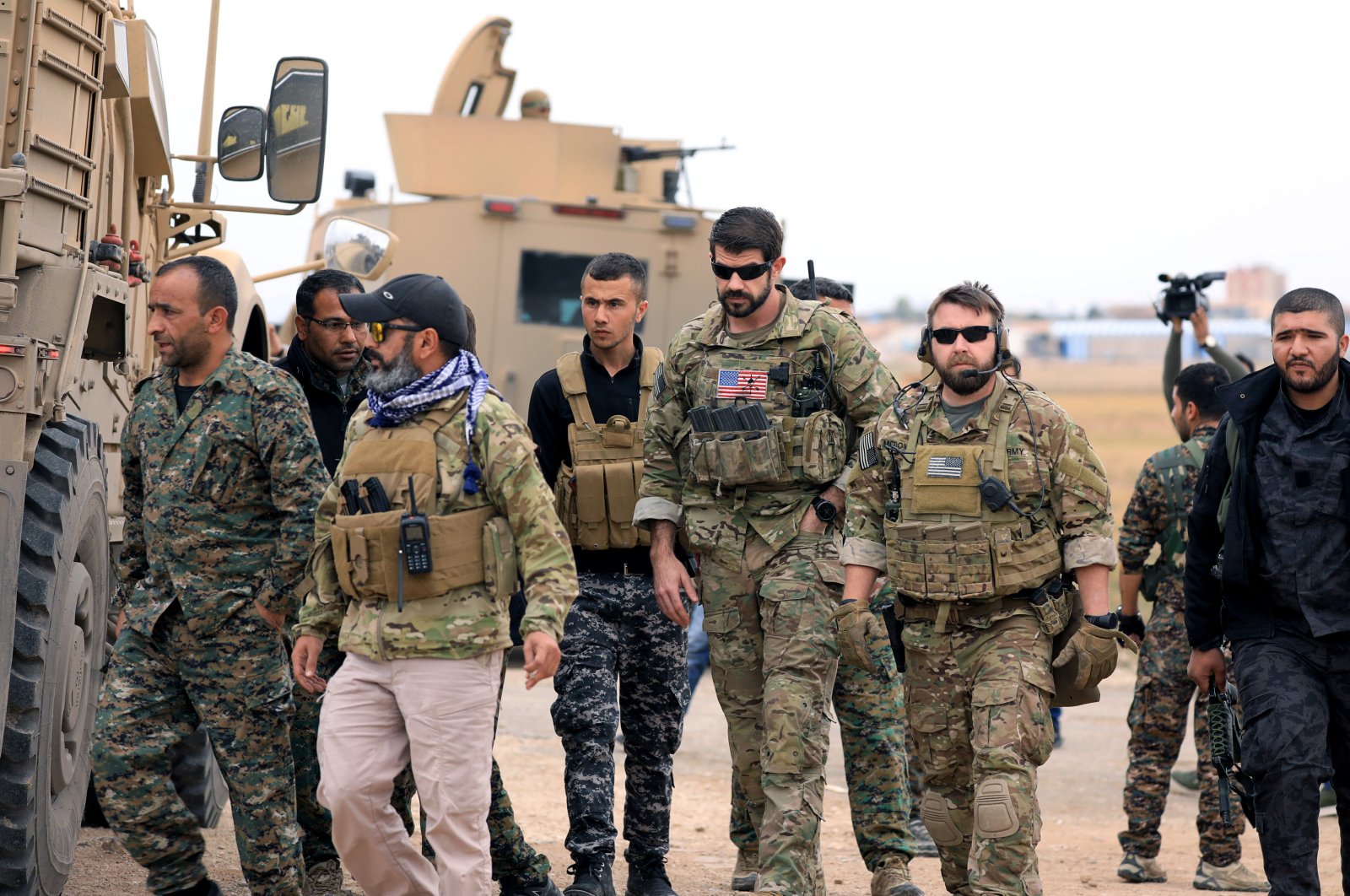 The United States has knowingly partnered with the PKK terror group in northern Syria at the expense of its decadeslong alliance with Turkey, according to an ex-CIA official who worked for the intelligence agency for 26 years.

"The most interesting part of the U.S. relationship in the counter-ISIS (Daesh) campaign is that we partnered in essence with a terrorist group, the PKK," CIA veteran Marc Polymeropoulos said in a podcast interview released last week.

For decades the PKK has been designated as a terrorist group by NATO allies Turkey and the U.S., as well as the European Union. For years Turkey has decried the U.S. working with the terrorist PKK's Syrian branch, the YPG, to fight Daesh in Syria, saying it makes no sense to use one terrorist group to fight another.

But while the U.S. has denied that the PKK and YPG were essentially the same group, Polymeropoulos' remarks put the lie to this assertion, adding that the YPG/PKK tried to further rebrand itself as the SDF.

Polymeropoulos retired from the CIA in July 2019 at the Senior Intelligence Service level as one of the most highly decorated operations officers who served in multiple field assignments for the U.S. government. He specialized in counterterrorism, the Middle East and South Asia.

In the interview with two journalists, he admitted that the PKK, along with its Syrian branch the YPG, had tried to rebrand itself the so-called "Syrian Democratic Forces" (SDF) in northern Syria.

"It (the PKK) has been kind of rebranded for a short-term solution. In essence, we partnered with PKK and drove the Turks bananas, as it should, because it's an insurgency going on in Turkey that killed scores of Turkish soldiers and civilians," he told the podcast "Last Call" with John Sweeney and Michael Weiss.

Turkey has long complained of the terrorist PKK using name-switching as a cynical ploy to muddle international denunciation of the group.

Polymeropoulos said the U.S.' association with the "PKK, it is a terrorist group," is only a "short-term alliance," paling in importance to its decadeslong partnership with Turkey bilaterally and within NATO.

He said last year the Trump administration did the inevitable by agreeing with Turkey to pull U.S. troops out of YPG/PKK-controlled areas in Syria near the Turkish border, despite a backlash from the U.S. media and Congress.

"This (U.S.-PKK partnership) is not a legitimate, long-term alliance," he stressed.

"This (withdrawal from Syria) was going to happen. We have to disassociate ourselves with the PKK. Turkey is a member of NATO, a 70-year alliance, we can't sacrifice that," Polymeropoulos said.

'SDF not Syrian, not democratic'

During the podcast, co-host Michael Weiss, a former CNN investigative reporter and current editor-at-large of The Daily Beast, slammed the U.S. media for not covering developments in Syria fairly and whitewashing the YPG/PKK terror group only to take swipes at U.S. President Donald Trump.

"The thing that upsets me the most is the way Syria gets covered particularly now in the U.S. press. Everything has to be filtered through reflexive hatred of Donald Trump. Trump does X, Y must be right," said Weiss.

"Part and parcel with that is the sanitization or the whitewashing of the history and reputation of the PKK," he said.

"Actually even worse than that a denial particularly by Centcom (U.S. Central Command) people like Brett McGurk, the envoy to the anti-ISIS (Daesh) campaign, that the so-called Syrian Democratic Forces are not the PKK, but are actually this multi-ethnic hodgepodge."

"That is bull----," Polymeroupoulos and Weiss both replied.

"But tell me more about General Mazloum, because this guy is all over the U.S. press," Weiss asked.

"He was the head of the urban terrorist operations for the PKK. There is so much blood on his hands," Polymeropoulos responded.

"Yet we have decided, and I am okay with that, a short-term alliance because they are an effective fighting force" against Daesh, he added.

"But make no mistake, Turkey should be annoyed with this. You can't take it too far. There was going to have to be a brake on this," Polymeropoulos said.

Since 2016, Turkey has launched four successful anti-terrorist operations across its border in northern Syria to prevent the formation of a terror corridor and enable peaceful settlement by locals: Euphrates Shield in 2016, Olive Branch in 2018, Peace Spring in 2019, and Spring Shield in 2020.

In its more than 40-year terror campaign against Turkey, the PKK – listed as a terrorist organization by Turkey, the U.S. and the EU – has been responsible for the deaths of 40,000 people, including women, children and infants. The YPG is the PKK's Syrian offshoot.

In July 2017, the head of U.S. Special Forces also admitted that the "SDF" was only a cynical rebranding of the terrorist YPG/PKK.

"I was on the formative stage of the relationship with these guys," Army Gen. Raymond Thomas told a security gathering in Aspen, Colorado.

"They formally called themselves the YPG, who the Turks would say equated to the PKK," he said. "So we literally played back to them that you've got to change your brand. What do you want to call yourself besides the YPG? With about a day's notice they declared that they were the ‘Syrian Democratic Forces.'"

The name change was vital to giving the group legitimacy in talks about Syria's future, Thomas said, noting that special envoy McGurk "was able to keep them in the conversation" after the rebranding.

"They wanted a seat at the table," Thomas said, "and because they had been branded as PKK they could never get to the table."