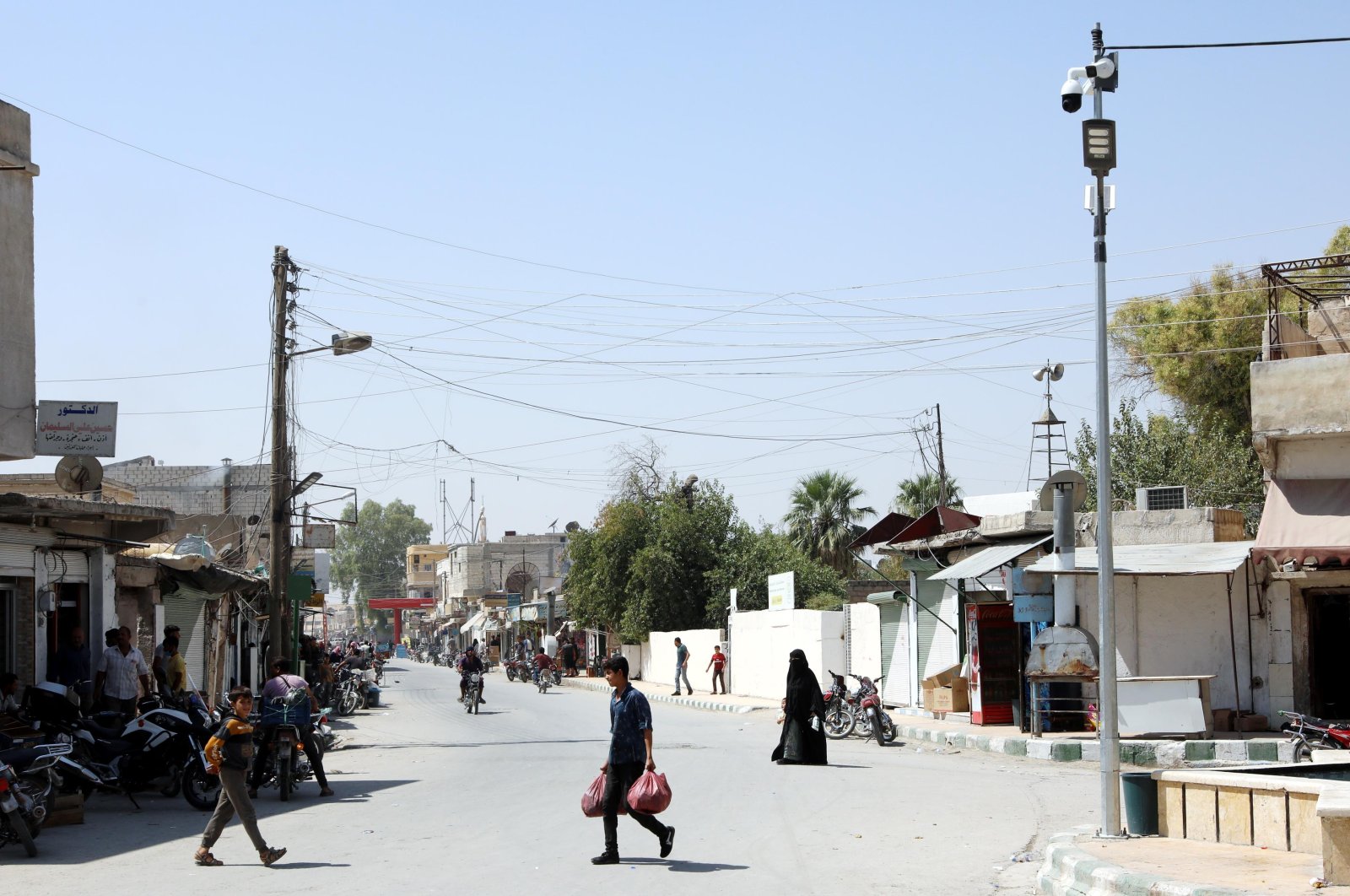 Law enforcement provides security and stability in northern Syria’s Tal Abyad by using a video surveillance system that was implemented with Turkey's help.

After liberating the town from the PKK's Syrian branch YPG terrorist group last year, the Turkish military rolled up its sleeves to launch a normalization period in Tal Abyad, which borders the Akçakale district of southeastern Turkey’s Şanlıurfa. One of the initiatives included building a 24/7 video surveillance system to observe the town.

Şaban al-Abid, general-secretary of Tal Abyad's local council, said 108 cameras were placed in the town during the first stage. If needed, the number of cameras will be increased, he said. "We will not let anyone disrupt the peaceful environment in Tal Abyad."

"Operation Peace Spring cleared our region of terrorists and made it a livable place. Tal Abyad has returned to its old days as thousands of people have returned. We equipped various points and areas of our town with the video surveillance system in order to stop those who aim to sabotage its security and peaceful environment. Our aim is to provide security for our people's lives and property and eliminate all threats against Tal Abyad. We thank Turkey, which has saved us from the terrorists' oppression, provided us a better environment to live in and made it safer with the video surveillance system,” al-Abid said.

Tal Abyad is populated mostly by Arabs and was occupied by the Daesh terrorist group in 2014. A year later, the YPG took control of the town with the support of the U.S.-led coalition.

Tal Abyad was later cleared of terrorists with Operation Peace Spring on Oct. 13, 2019. The locals have since returned, with the Turkish Armed Forces (TSK) and the Turkish Red Crescent (Kızılay) providing humanitarian aid.

Local people living in areas held by the YPG have long suffered from its atrocities, as the terrorist organization has a notorious record of human rights abuses, ranging from kidnappings, recruitment of child soldiers, torture, ethnic cleansing and forced displacement. While the terrorist group increased its oppression ahead of Turkey's cross-border operation, they planted explosives and converted many schools and other public buildings into military bases, with some even hosting tunnels for terrorists to hide in and escape.

After Operation Peace Spring was successfully completed, Turkish troops and organizations have implemented a wide range of measures to eradicate traces of terrorism in the liberated towns by repairing hospitals and schools, demining the region and most recently, providing vital COVID-19 aid.