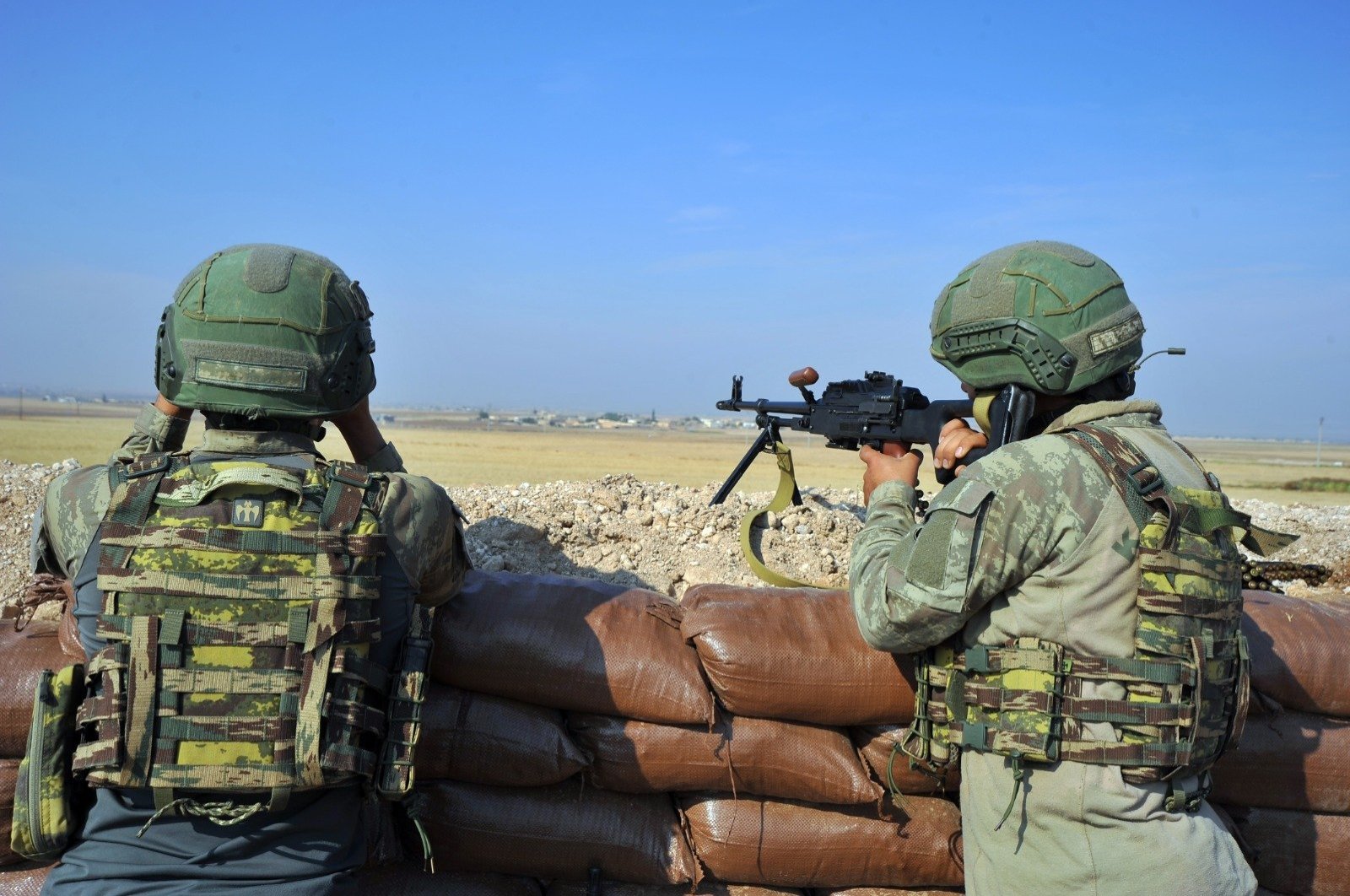 Turkish security forces regularly conduct counterterrorism operations in the eastern and southeastern provinces of Turkey where the PKK has attempted to establish a strong presence, July 8, 2020. (DHA Photo)
by DAILY SABAH WITH AA Jul 09, 2020 11:23 am
RECOMMENDED

The Interior Ministry said in a written statement that terrorist Musa Bulanö, codenamed Avares, was killed in the eastern Van province on June 28 along with two others.

Bulan was in the gray category of the Interior Ministry's wanted terrorist list and had an up to TL 500,000 (nearly $73,000) bounty on his head.

Along with Bulan, Meyri Kaplan, codenamed Sarya, and Besna Tuman, codenamed Vejin, were also among the perpetrators of a terrorist attack on June 8 that left two civilians dead.

Amid the ongoing operations, a YPG/PKK terrorist surrendered to security forces in Turkey as a result of persuasion efforts, said a security source on Thursday.

The gendarmerie command in the southeastern Mardin province, along Turkey's border with Syria, contacted the family of terrorist M.I., codenamed Hevler, living in the Nusaybin district, said the source who asked not to be named due to restrictions on speaking to the media.

The terrorist, who has criminal record for being a member of an armed terror group, was persuaded and surrendered to security forces without arms or equipment. The terrorist joined the terror group around five years ago.

Last month, the Defense Ministry also announced the start of Operation Claw-Eagle in northern Iraq, noting that Turkish fighter jets had destroyed caves where terrorists were taking shelter. The mission was carried out against bases in Sinjar, Qandil, Karacak, al-Zab, Avashin-Basyan and Hakurk.

Operation Claw-Tiger was initiated a few days after Operation Claw-Eagle, which was launched to shore up the security of the Turkish people and the country's borders by eliminating the PKK and other terrorist organizations that have been stepping up their attacks on military bases and the police.

Turkey has long been stressing that it will not tolerate threats posed to its national security and has called on Iraqi officials to take the necessary steps to eliminate the terrorists. Ankara previously noted that if the expected steps were not taken, it would not shy away from targeting the group. Iraq's Kurdistan Regional Government (KRG) also previously called the PKK's presence in Sinjar unacceptable and urged the militants to leave the area.