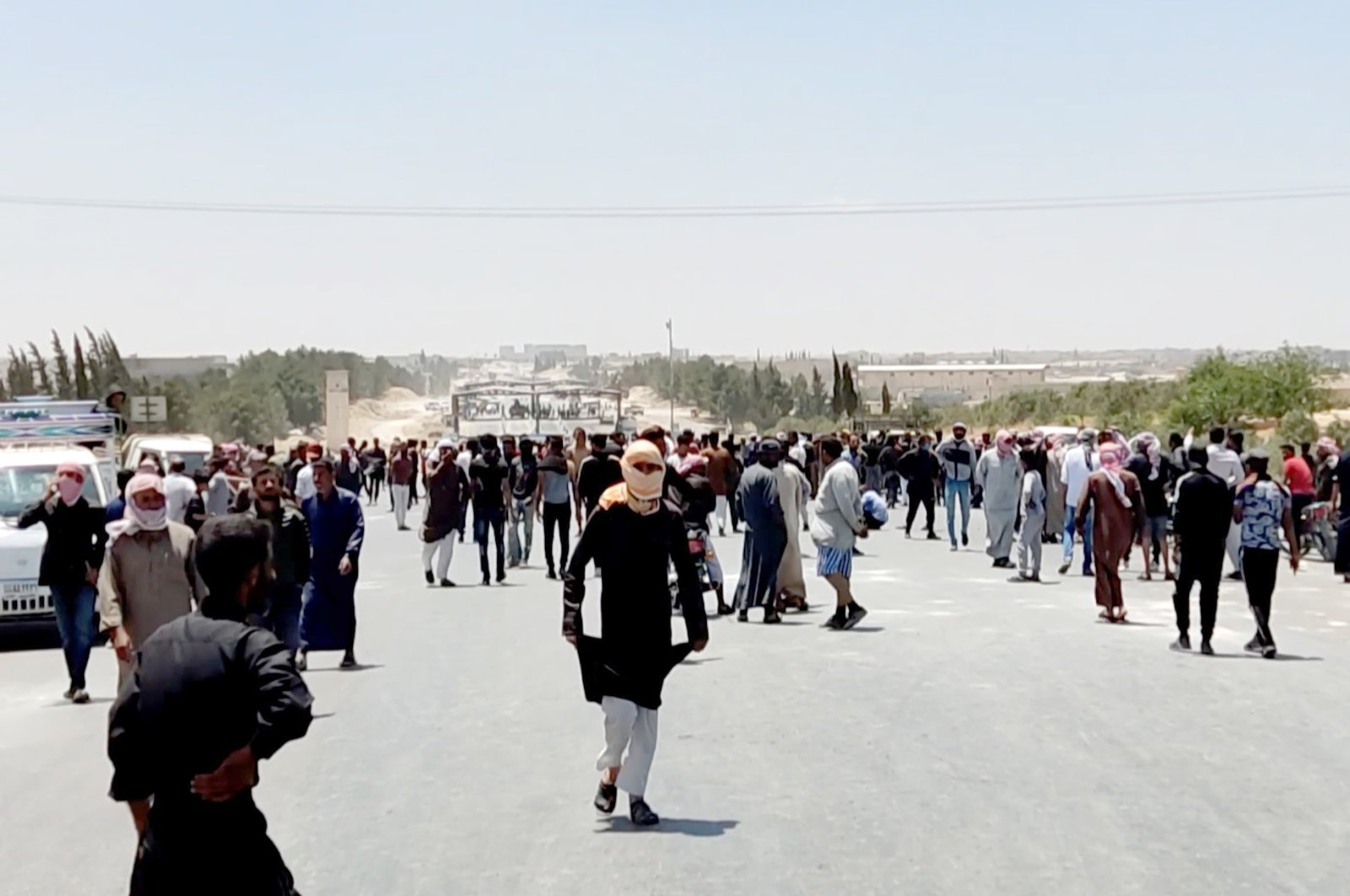 The United States expressed concern over the surge of violence in Syria's Manbij after the PKK terror group's Syrian offshoot, the YPG, opened fire on protesters killing at least eight individuals, while the terrorists recently said they would heed to the demands of the protesters.

"We urge all parties in Syria to respect human rights and fundamental freedoms, including the right to peacefully assemble," a State Department official said in a statement emailed to Anadolu Agency (AA).

"We regularly discuss human rights issues with SDF leadership as an integral aspect of our joint efforts to promote stability in northeast Syria and ensure the enduring defeat of ISIS," the official added, using another name for Daesh.

The PKK is a designated terrorist organization in the U.S., Turkey and the EU, and Washington's support for its Syrian affiliate has been a major strain on bilateral relations with Ankara.

Meanwhile, the YPG/PKK terrorist group gave in to the demands of the people of Manbij in northeastern Syria Wednesday, announcing that it will release all prisoners arrested during recent protests, end forced recruiting and punish those who fired on peaceful protestors.

Following the move by the terrorist group, the people reciprocated and ended their peaceful protests.

Residents of Manbij protested Monday and Tuesday against the YPG/PKK's forcible recruitment of their children.

An AA correspondent in the city said the agreements were reached at a meeting between the YPG/PKK and the heads of families as well as prominent figures in Manbij.

During the protests Monday and Tuesday, eight people were killed and 27 others were wounded when the YPG/PKK opened fire on them.

People in Manbij, where Arabs make up 90% of the population, have been protesting the forced recruitment of their children since Monday.

A United Nations report stated that the YPG/PKK has been recruiting children to fight among its ranks, adding that the organization has enlisted at least 400 children in the past two years.

The recruitment and use of large numbers of children were attributed to the YPG and its components, representing 35% of all verified cases, the U.N. said.

The YPG used 318 children among its ranks to fight, while its women's branch, the YPJ, used 99, the report added.

“In one example from September 2018, a 16-year-old girl disappeared from her school in Qamishli, Hassakeh, and joined the YPJ at its base in Antariyah, from where she was deployed to a military training camp in Karbawi for three weeks.”

Though the PKK/YPG initially signed a pledge with Geneva Call – a Swiss humanitarian organization that works to "protect civilians in armed conflict" – to stop the recruitment of children in 2014, its use of children has only increased since then.

Turkey and the U.S. demand that the terrorist group exit Manbij, which fell under YPG/PKK control in August 2016.