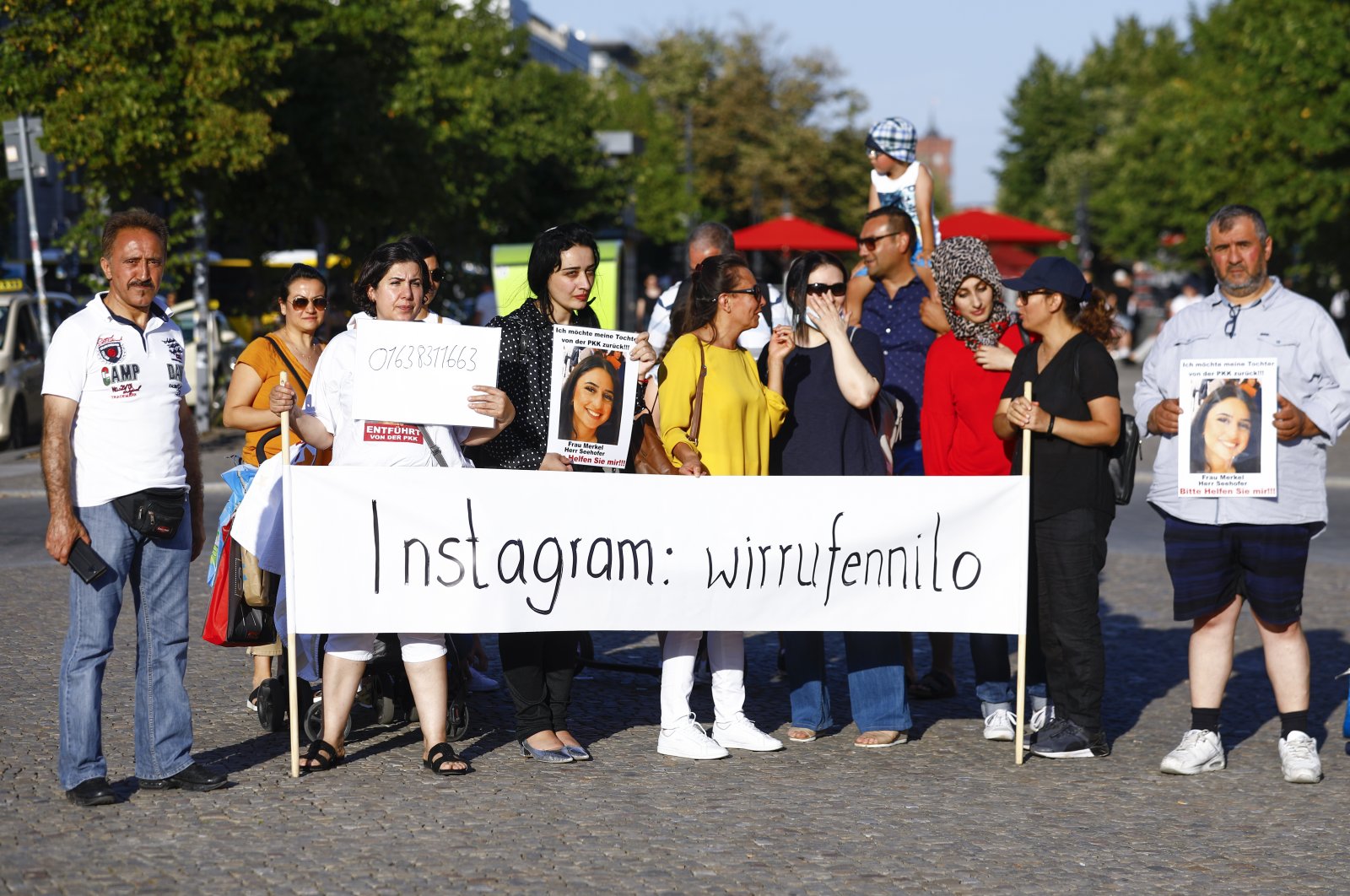 A Turkish-German woman, who has been protesting her daughter’s recruitment by the PKK terrorist group, is planning sue the German state for failing to bring back her daughter, she said Thursday.

Protesting in front of the Brandenburg Gate in Berlin, Maide T. told reporters that she and several other families, whose children were also recruited by the PKK, will be filing a lawsuit against Germany for failing to ensure their return.

"We will sue the German state, which has not done anything to bring our children back. I will file the lawsuit with other families who are in the same situation," she said, adding that six families have joined her so far.

Maide T. urged other families to join their struggle.

A Berlin resident, Maide has been trying to find her daughter, Nilüfer, since Nov. 12, when was kidnapped by the PKK. Yet, all her efforts seem to be in vain as German police refuse to help her.

In late May, she called on Chancellor Angela Merkel to help her and held protests in front of the German Chancellery.

It has waged a terror campaign against Turkey for more than 35 years and has been responsible for the deaths of nearly 40,000 people, including women and children.

PKK supporters have been allowed to hold rallies, recruit militants and collect funds in Germany, which is home to some 5 million people with Turkish origin, including Kurds. The PKK is still active, with nearly 14,000 followers among the country's Kurdish immigrant population.